Read more
André Van Schuylenbergh has a diverse body of artwork and an international reputation. In the eighties, he was recognised as the ‘New Wild’ in the Belgian painting scene. He was exclusively taken under the wings of the Swiss gallery Saccehtti, which was at the expense of further recognition in the Belgian art world.

Gallery Zwart Huis introduces Van Schuylenbergh’s almost unprecedented art to Belgium with works from the series ‘Les Nuits Africaines’. The exhibition consists of paintings, gouaches, ceramics and a self-designed rug tufted by Atelier Vera Vermeersch. In particular though, Van Schuylenbergh is renowned for his specific line technique in the depiction of the female silhouette. His wife plays the role of muse and his adoration of exotic women fosters his creations.

André Van Schuylenbergh is not only an artist through and through, but also a driven collector and design freak. The link, therefore, with Pieter De Bruyne’s furniture is easily made. The Van Schuylenbergh family also has an intense relationship with De Bruyne’s work: André’s parents had a shoe store that De Bruyne, as interior architect, furnished and one of their sons lives in De Bruyne’s house. Just prior to his friend’s death, Van Schuylenbergh made a realistic portrait of him.

Pieter De Bruyne is a postmodern artist and an internationally renowned furniture designer. His work, classified under the Memphis Style, and its entire archive is in the possession of Design Museum Gent. De Bruyne exhibited nationally and internationally and acquired many distinctions, including a State Prize in appreciation of his artistic career.

Gallery Zwart Huis presents three unique cabinets from Pieter De Bruyne. De Bruyne was actually a designer beyond categorisation. He never participated in the postmodern groups like Alchimia and Memphis although this was requested of him. He devoted his life to renewing the preconceived notions of furniture and interior design. With this approach, he can easily be defined as a pioneer of postmodernism. While his designs are daring, De Bruyne never conceded functionality to form. He died in 1987. 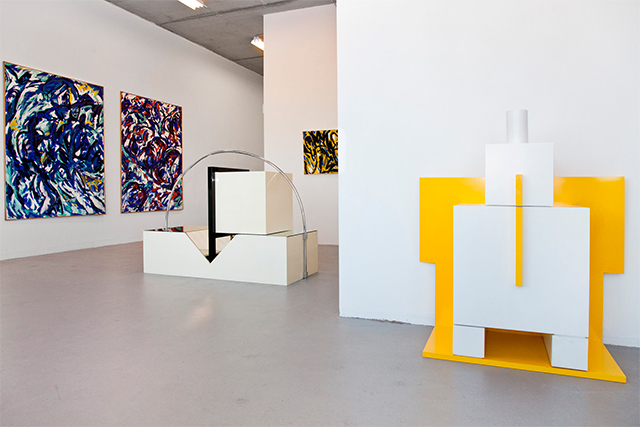 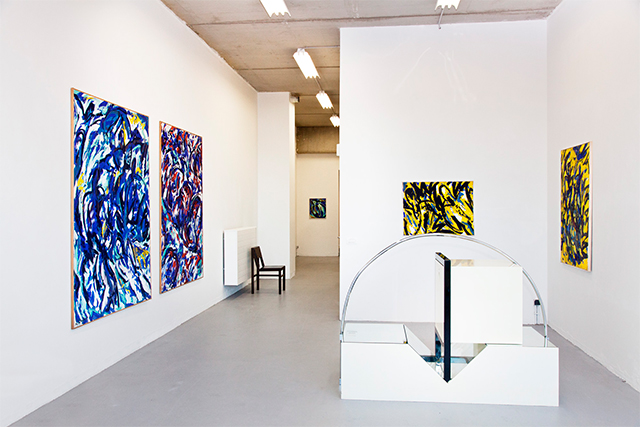 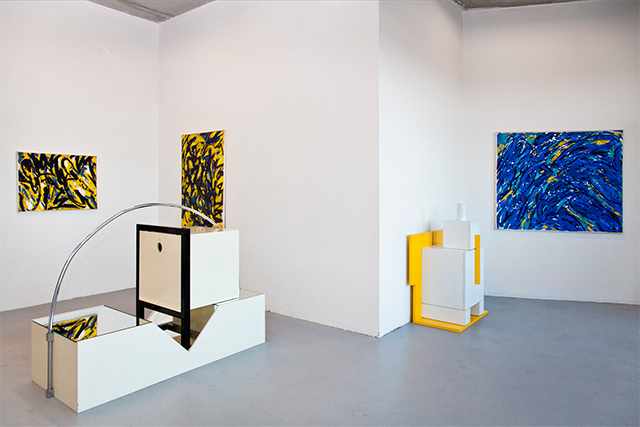 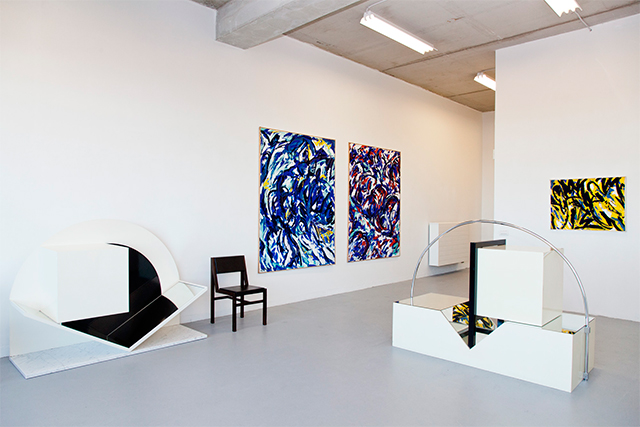 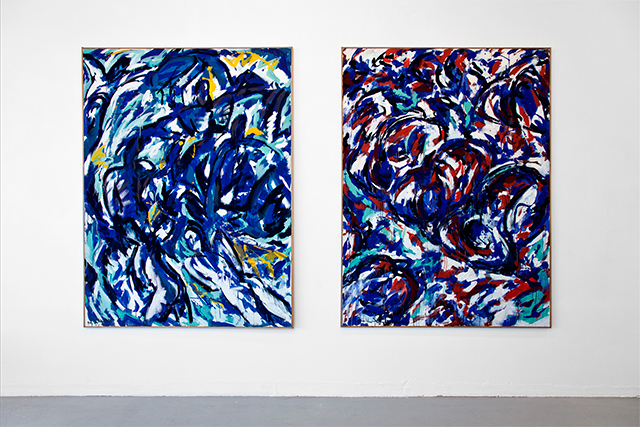 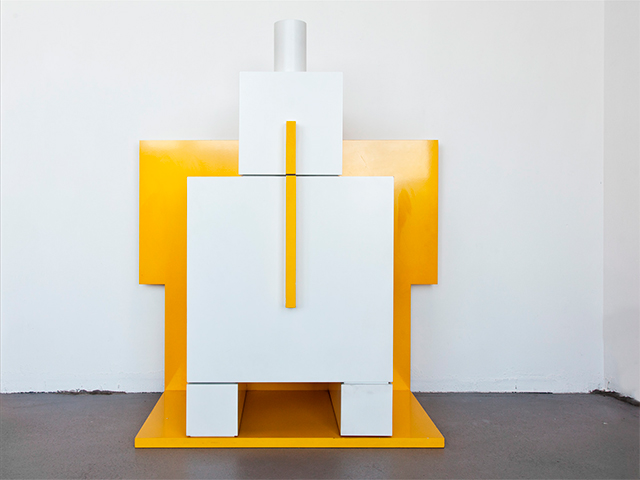 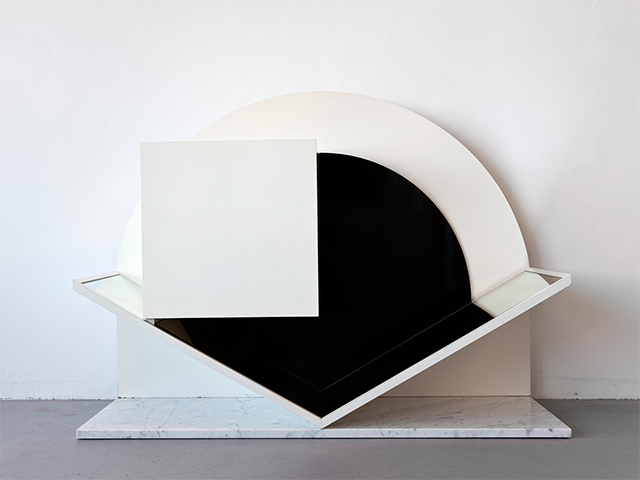 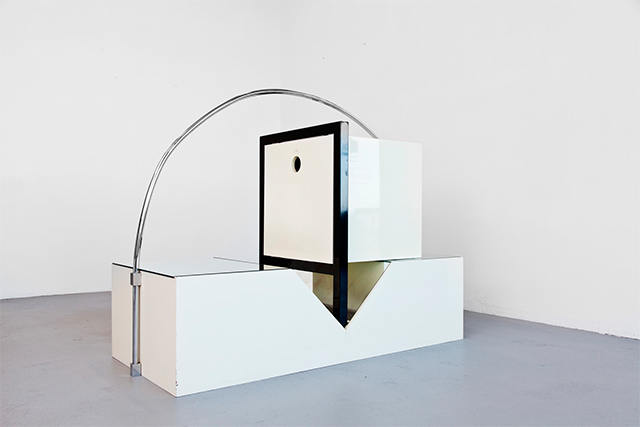 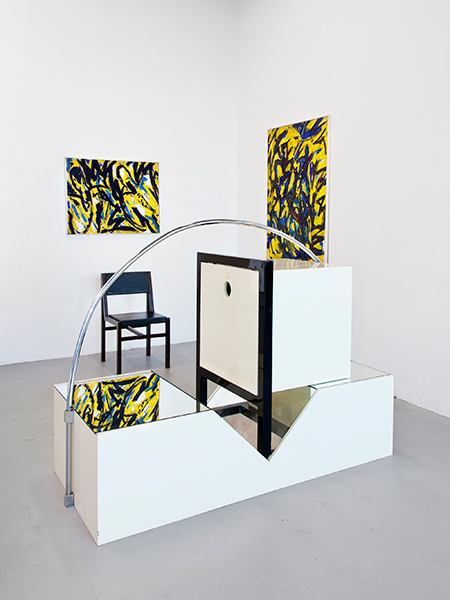 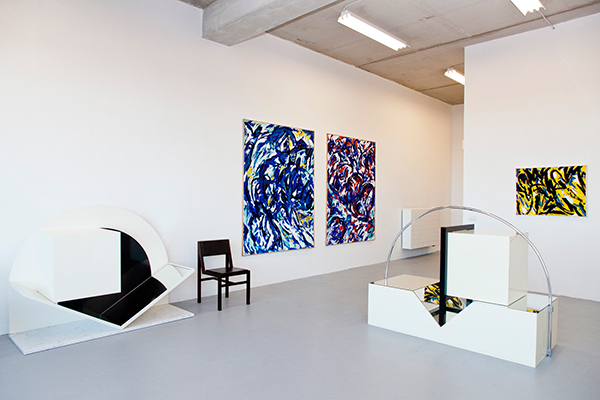 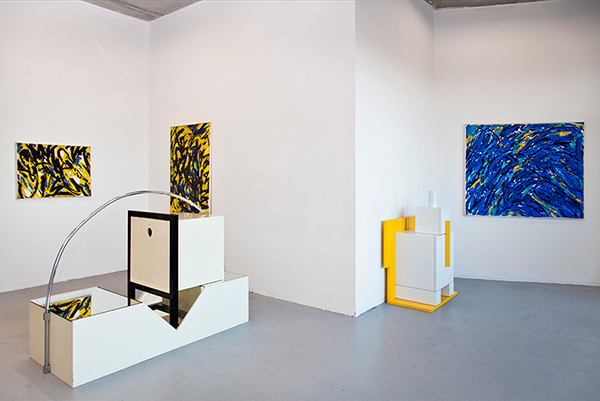 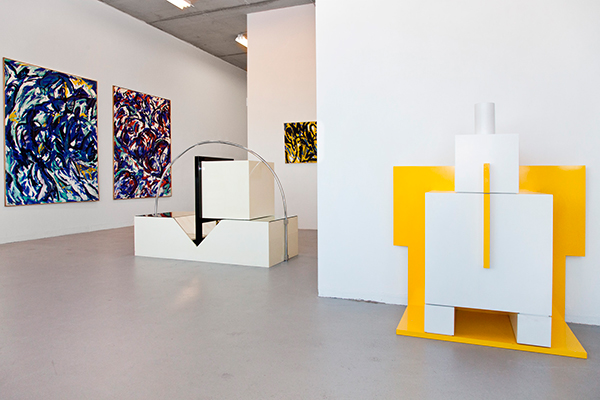 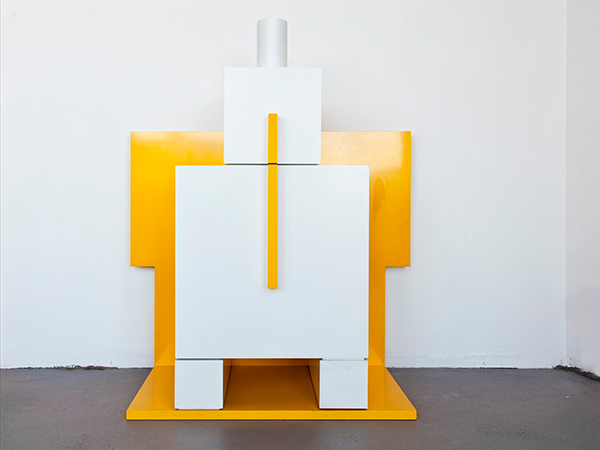 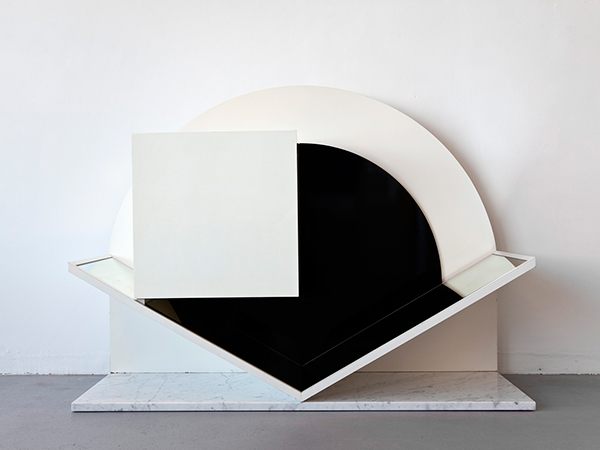 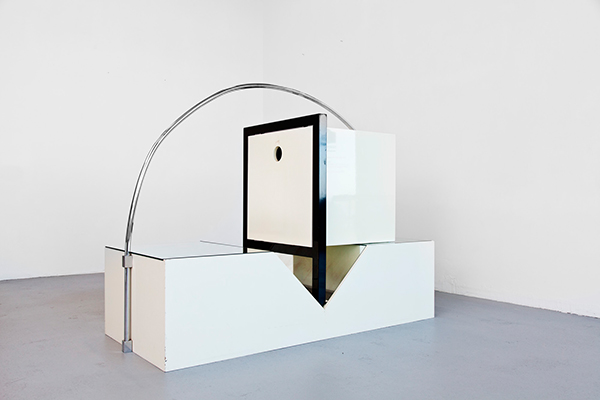 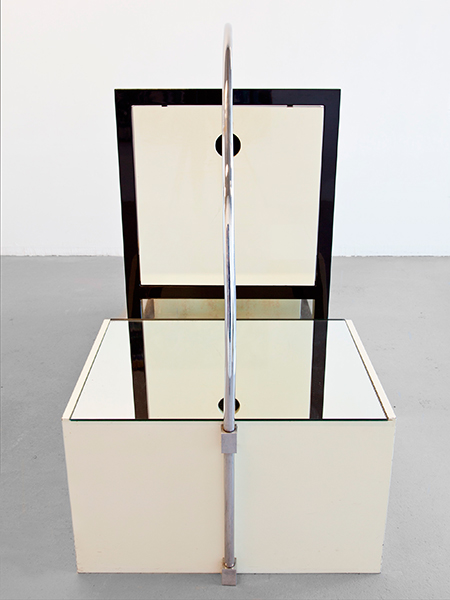 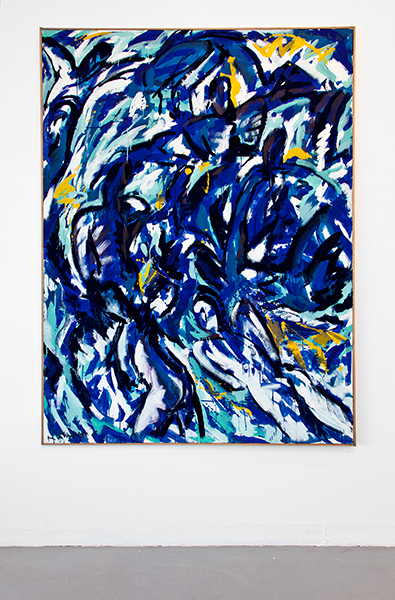 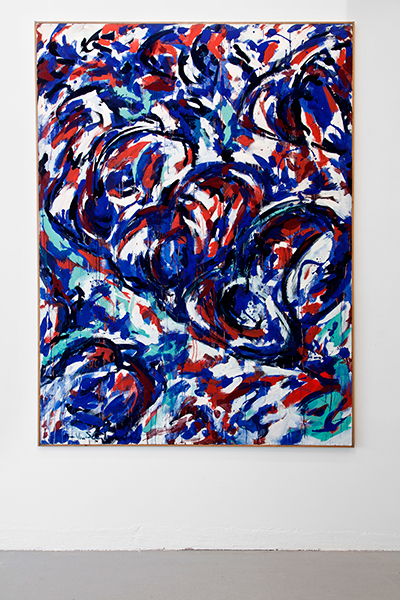 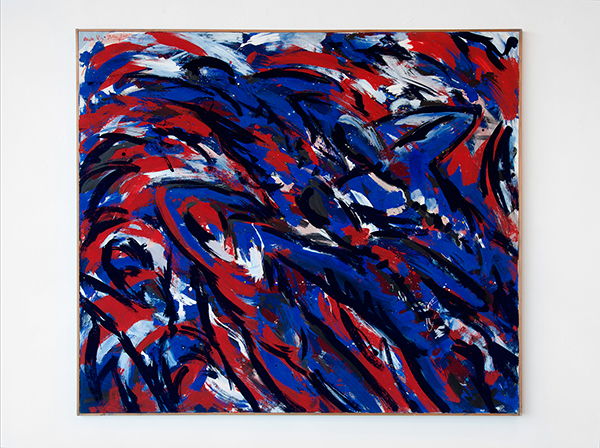 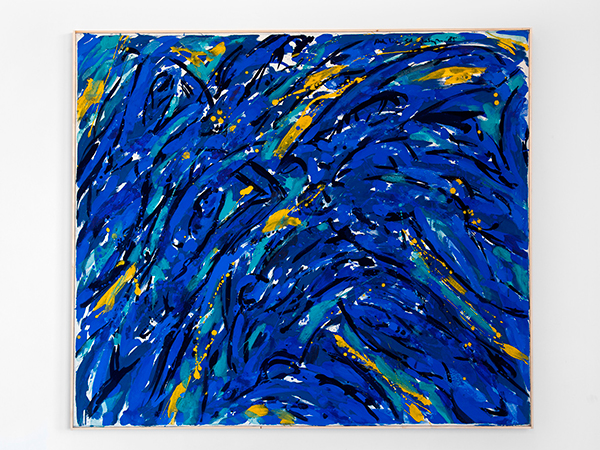