The Sound of the Screen

Read more
The average person between 18 and 30 in the US (figures for Europe not available) now spends 8.5h/day behind a screen.

People of all generations, but especially young people and adolescents, seek an identity in reflection with their surroundings. That environment has now largely become virtual. The lion’s share of our communication now takes place in that medium. A medium that is subject to the inexorable laws of the attention economy, in which nuance, patience and long-term thinking have no place.

In the past, people put on clothes for church attendance on Sundays. In the new online religion, every day is Sunday, multiplied by a large factor. The contemporary identity cult is to build a collection of experiences and possessions to score confirmation on them. The new consciousness is almost a meta-awareness: thinking of yourself from the perspective of others. A binary perspective: like or unlike.

In a world where working memory takes over the field of long-term memory and constant connectivity puts constant pressure on our self-, human- and world view, where every second counts and we define ourselves on the basis of the attention we generate, the lines of tension in books rise, films become serial phones, intellectuals become stand-up comedians and artists... Just as a memory, every time it is recalled, it creates itself all over again, the memory of the transcendent has now become the memory of a memory.

This exhibition is a paradox. The works are of slow duration, extreme effort and isolation. (Post)modernist approaches to art like to place the effort in the shadow of abstract ideals of progress and innovation, but the viewer sometimes thinks he or she recognizes something almost divine in what he or she considers to be groundbreaking achievements. And the theme of this exhibition is a battle of man against machine.
The inspiration, however, comes from the 8.5h of 24h that is our new contemporary environment. An embrace of the world of haste, image, reproduction and filters. That is the compromise I have made.

“La lutte elle-même vers les sommets suffit à remplir un coeur d’homme. Il faut imaginer Sisyphe heureux,” says Albert Camus. I don’t want to call on anyone to stop or look back. It’s no nostalgic cry for help, nor a protest. After all, progress is a cumbersome diesel machine that always makes more speed. There is no conductor, we are all but passengers. 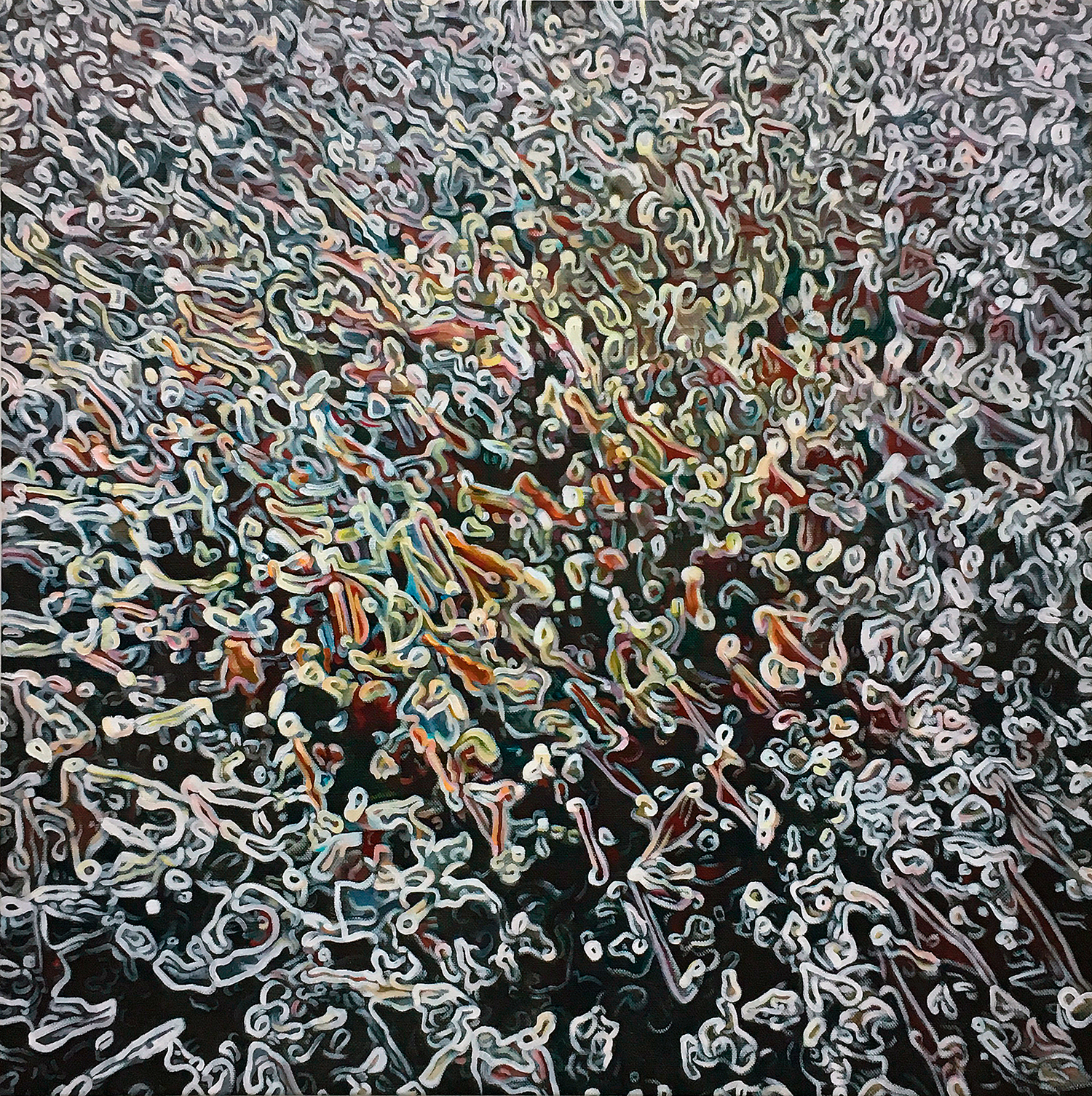