Read more
The interior paintings are based on details from Versailles and Schönbrun in Vienna: eminent palaces which Jan De Vliegher mainly appreciates for the light. The porcelain plates come from the treasury of the  Hofburg Imperial Palace in Vienna. Not the dinnerware itself but the color and the arrangement attracted the attention of the artist. On canvas they evolve into a kind of abstraction which is really the essence of Jan De Vliegher. 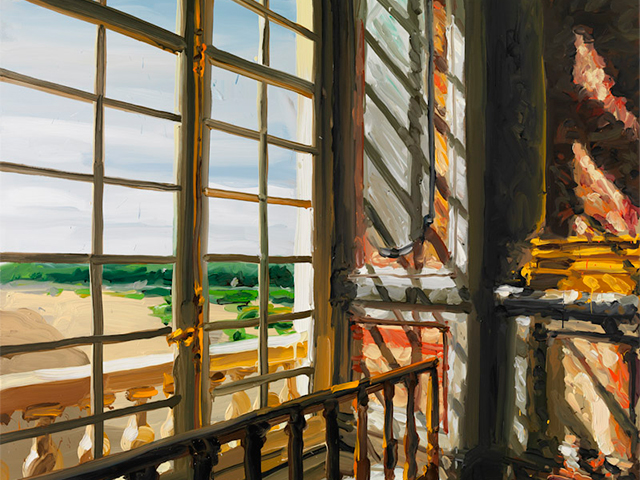 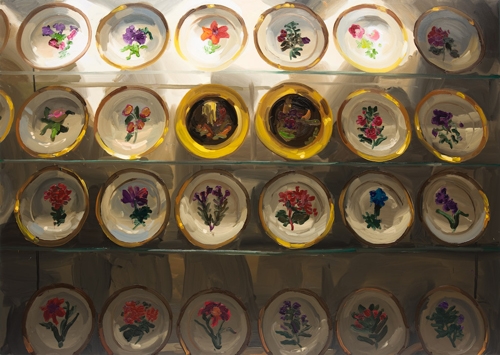 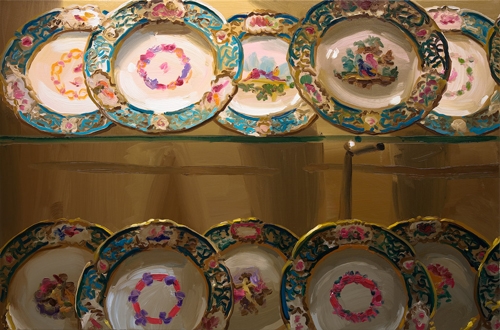 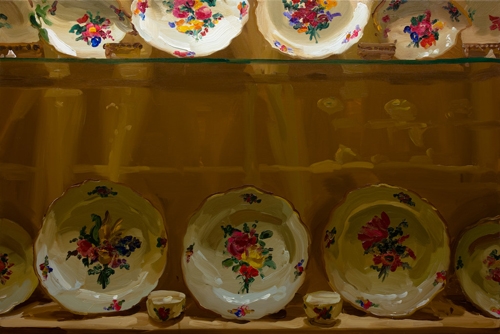 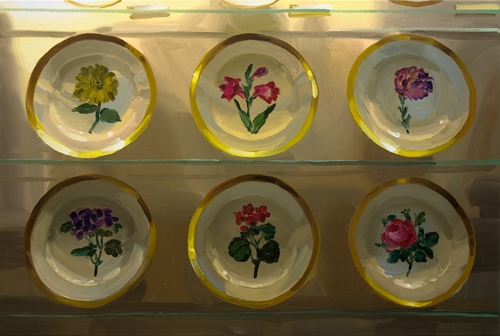 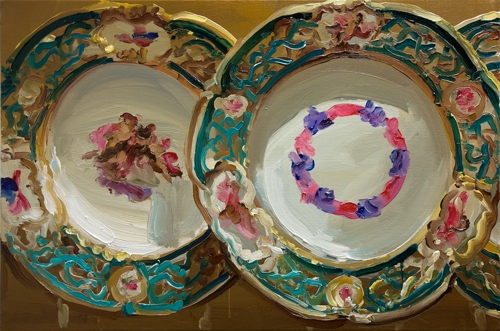 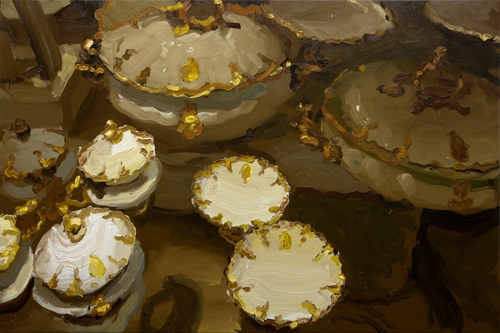 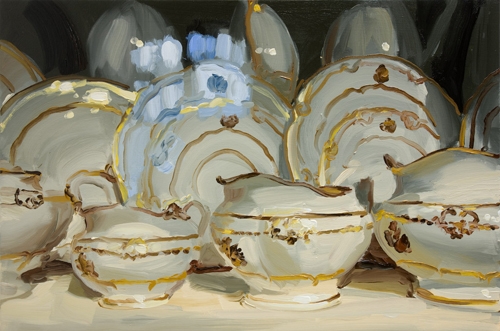