Read more
Colin Waeghe studied visual and dramatic arts as well as scenography and was a laureate of the Higher Institute for Fine Arts in Ghent. He is a socially engaged artist, has a very broad view on things and situations and wants to capture this view in his paintings and projects.

He finds inspiration in his own experience and environment, but also in current events and the media. The images mix with memories, interpretations and observations from the past and present. But they are equally influenced by reading and study, by philosophy and art history.

Colin Waeghe has developed a very personal signature and touch over the years. The images he creates are charged, full of energy and subdued tension. He revisits an old tradition - the floral still life - and emphasizes “life” even if the flowers are wilted. The viewer is made a witness of the game of light, the constant change of light and shadow, but equally of the demise that takes place mercilessly, because even the most beautiful bouquet ends up in the compost.

The artist is not a melancholic pessimist, as the title of this exhibition would suggest.  He is aware of life and its different layers and, like all of us, has been confronted with the fragility of man and society this past year. He paints a triptych of Easter lilies and daffodils with a shackled man in the middle, but we are looking at an escape artist who will free himself in just a moment. And there is the man who dances on the tightrope. In the morning of August 7, 1974, Philippe Petit walked back and forth several times without permission on the slack cord between the two towers of the then World Trade Center in New York. It could be an image of the artist, an optimistic image. Quoting the Dutch writer Simon Vinkenoog: “Optimism is the only way to be realistic in life.” 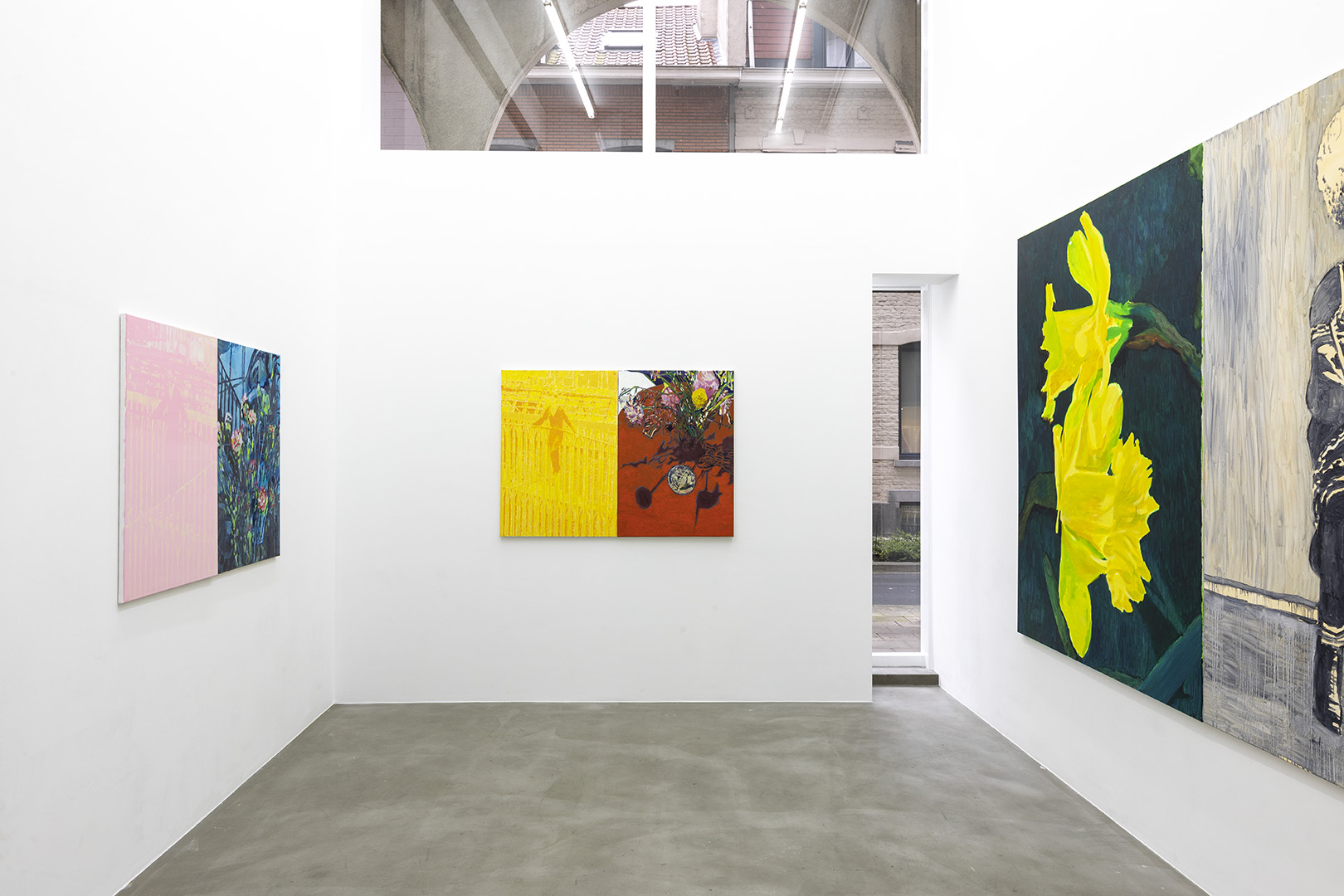 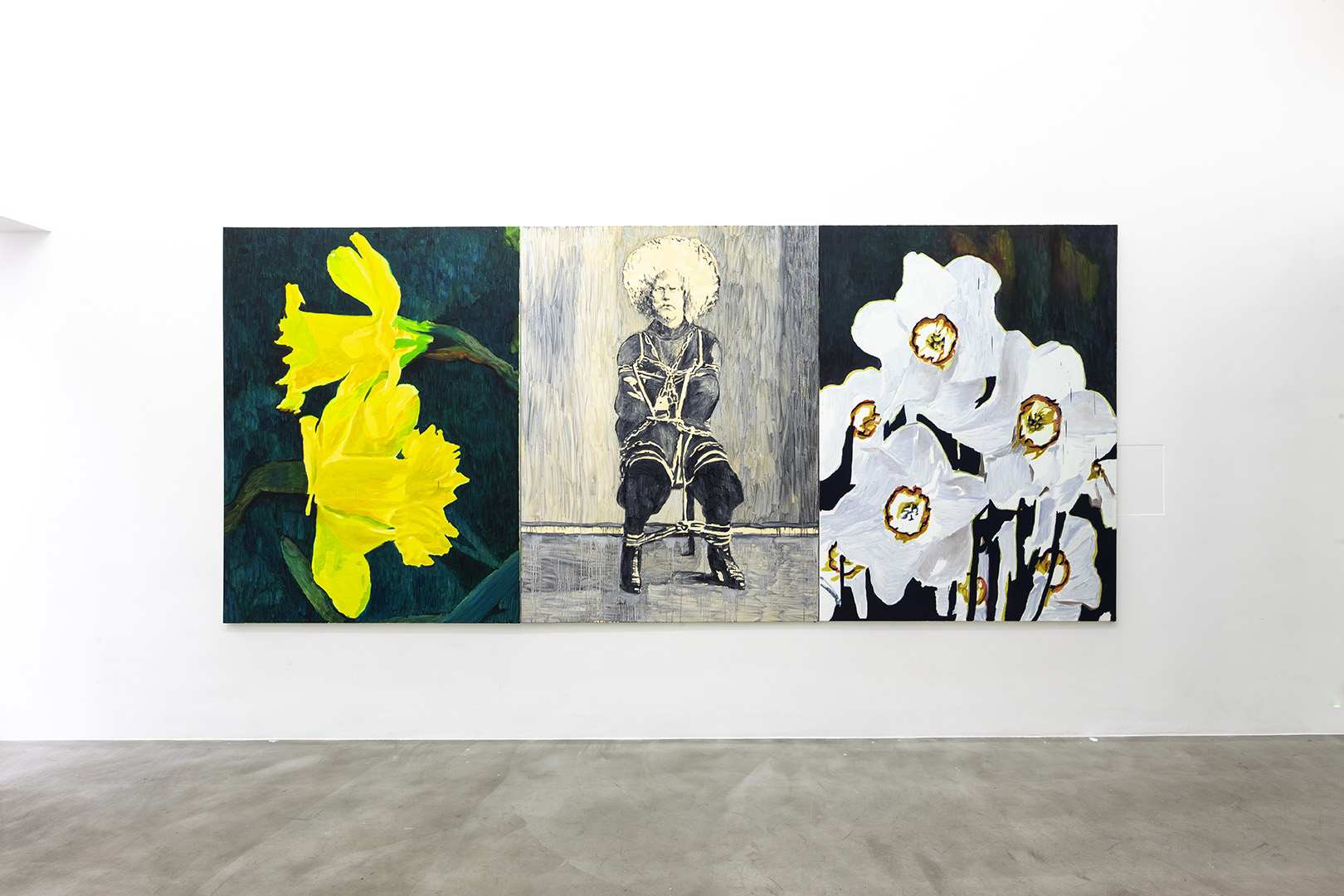 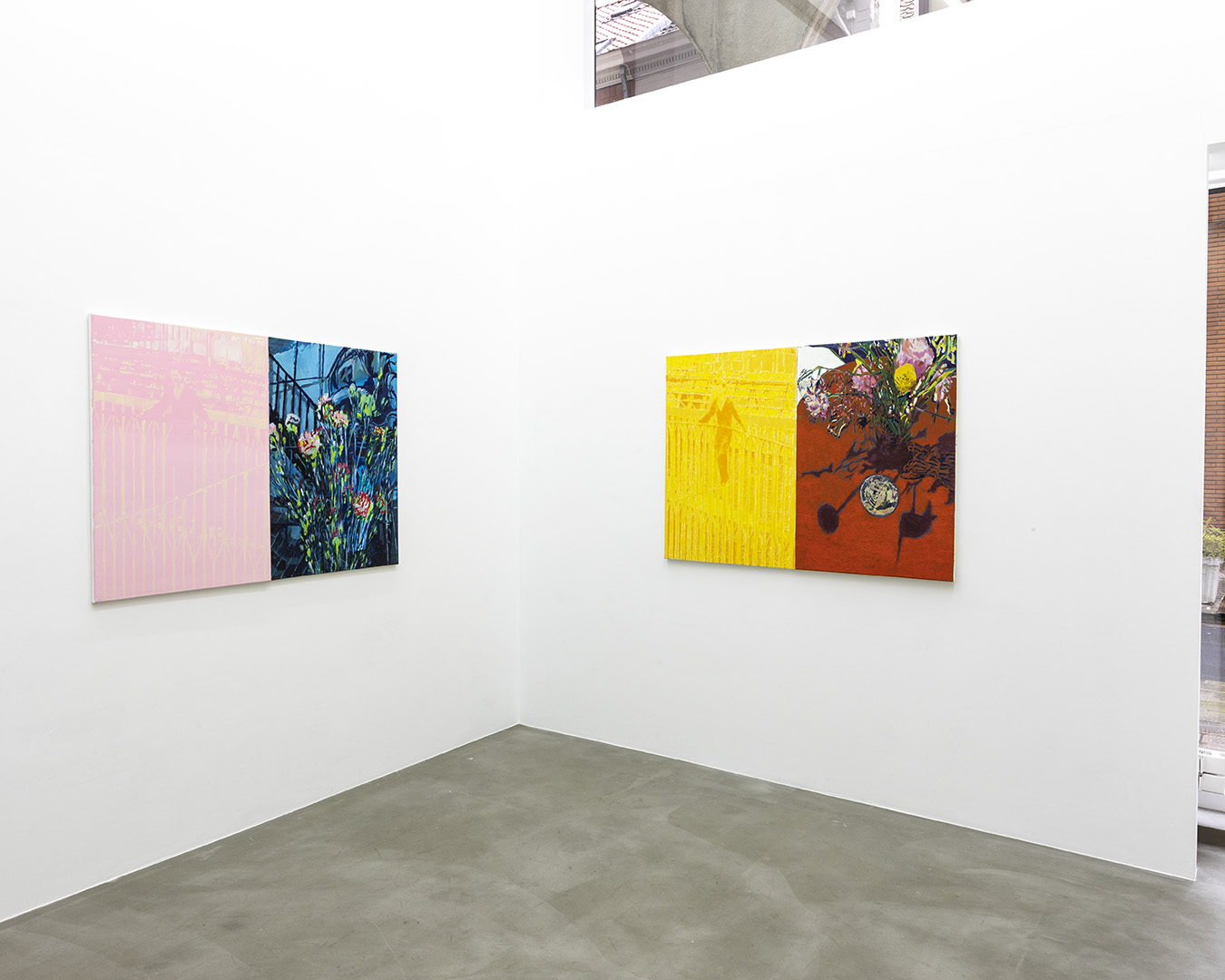 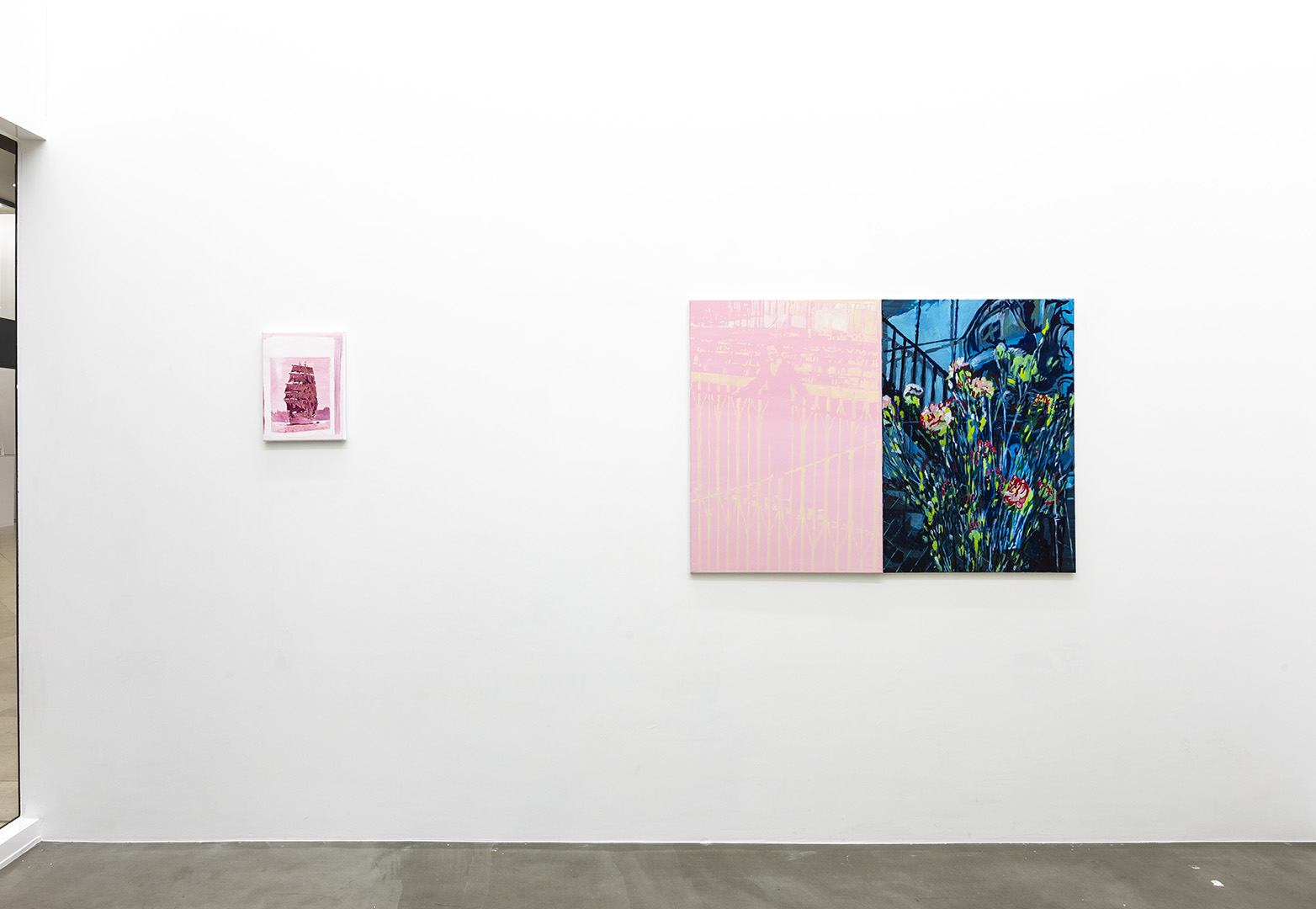 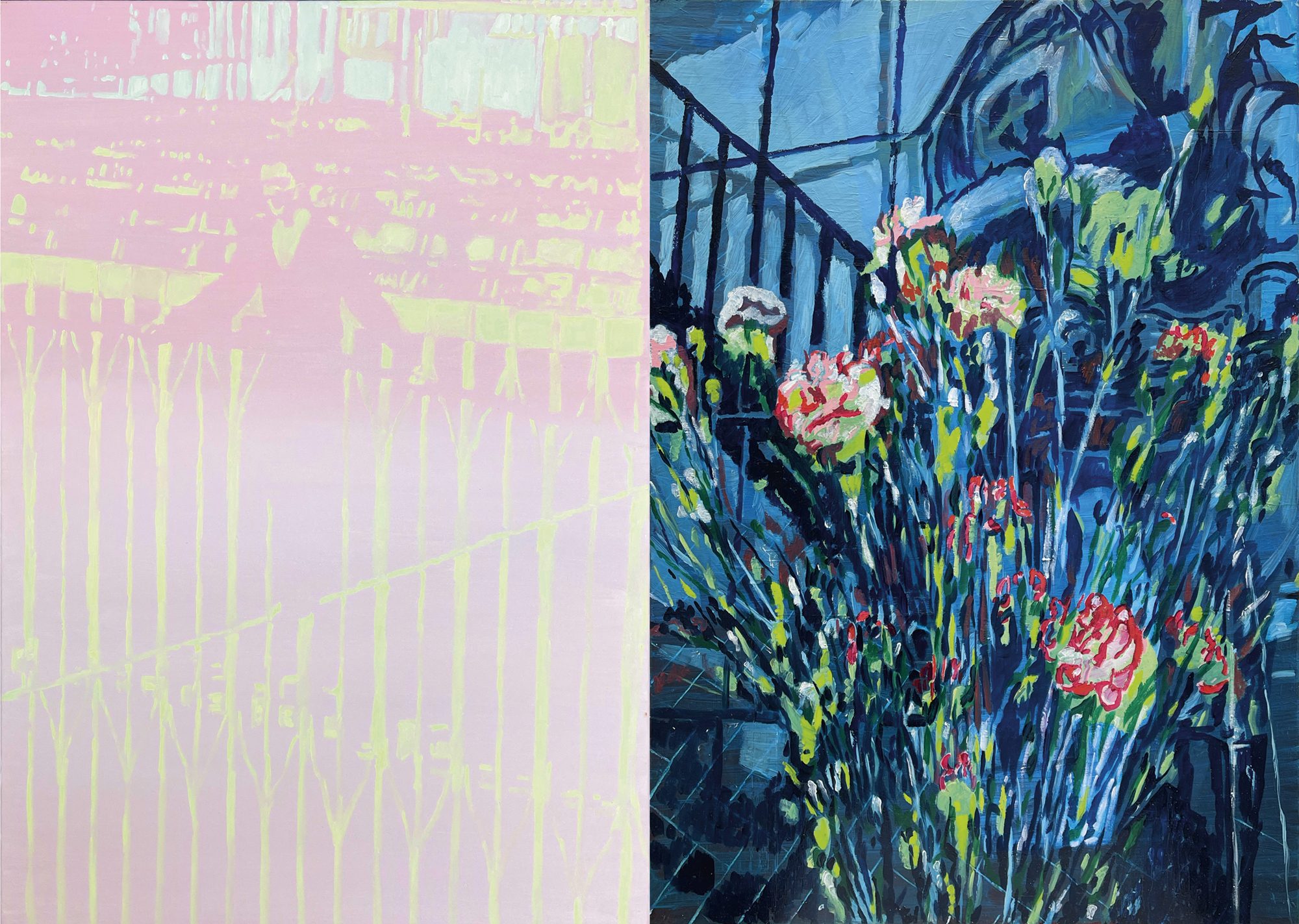 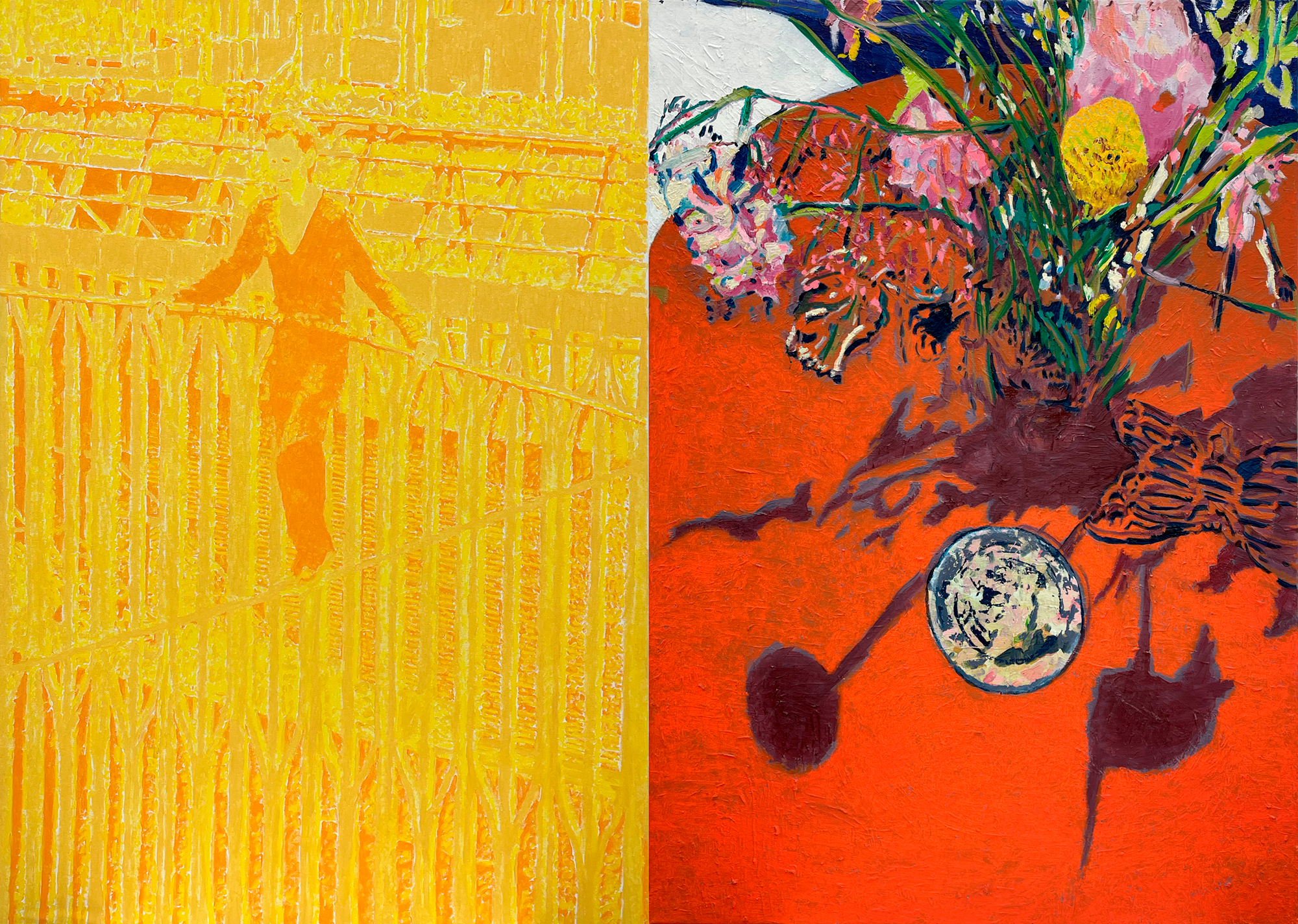