Read more
80 little paintings portray all kinds of water surfaces reflecting the light like mirrors: the reflecting light of a swimmer in a pool, the mirror image of overhanging branches, the erratic movement of the water surface, sun reflections on the surging water on a rocky coastline, light reflections in the waves of the North Sea, the depth of the water in Bruges. ‘Reflections’ is also the result of artificial reflection. The artist investigated the effect of light on the color in his paintings in an almost scientific manner. Forms are vaguely suggested, while the colors show real precision. Up close the works are almost abstract, but from a distance they appear photorealistic. This surprising duality gives each work a visual attractiveness. 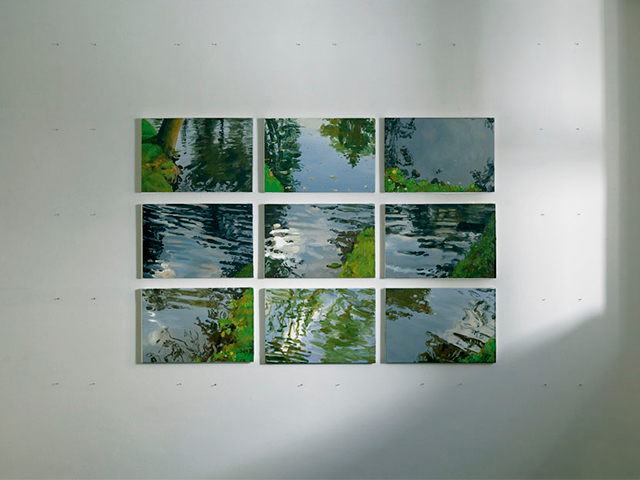 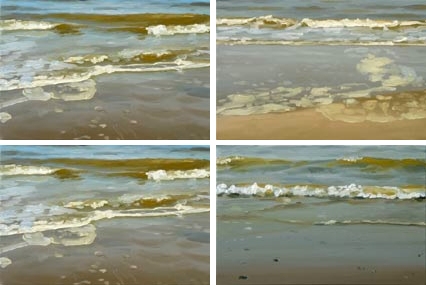 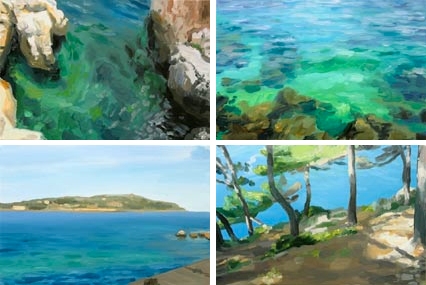 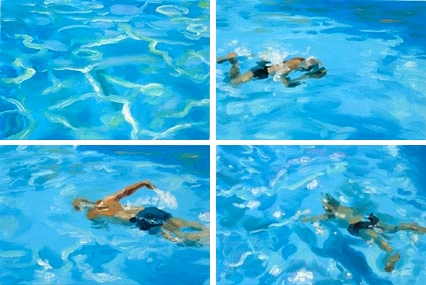 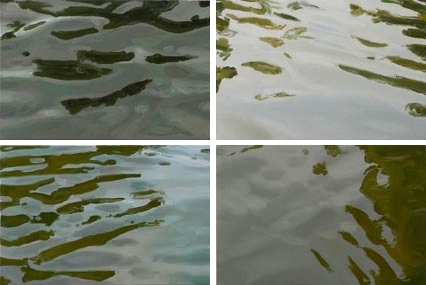 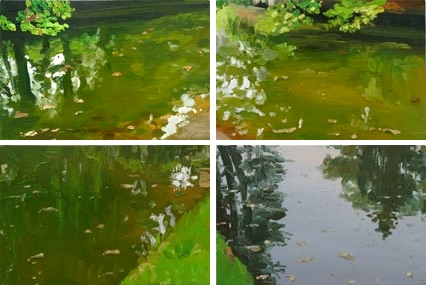 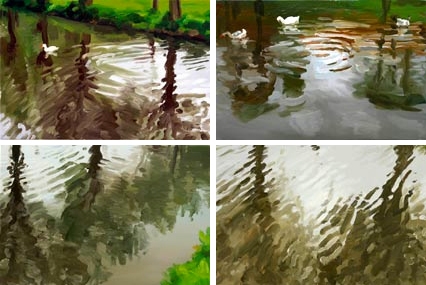