Read more
Kim De Ruysscher (°1973) is a sculptor par excellence, trained in craft workshops including the Accademia di Belle Arti and the Scuola del Marmo in Carrara. Significant in his oeuvre are technique and 'métier'.  A large segment of his work consists of sculptures fashioned out of natural stone and other classical materials.

Thanks to the mastery of his sculpting, he manages to imbue his figures with enormous verisimilitude, perfect in their appearance. But this calculated perfection is reserved for banal subjects from daily life: a soccer ball, a pillow, balled paper, a toilet roll, or a sleeping bag. In this fashion, he creates an intriguing contrast between his expensive working medium, the time-consuming execution, and the transience of everyday existence. The content, materials and technology for the realization of the images are in stark contrast with the consumer society in which we find ourselves: cheap plastic objects and fashion-related brands.

For the exhibition "Present / Absent" Kim De Ruysscher transforms Galerie Zwart Huis into a clothing store. Garments have been tried on, put back sloppily or have remained untouched. The presence and absence of man is strongly felt. Someone has just fitted a white shirt. A pair of pumps remain untouched. The toys lying around stands in stark contrast with the stiff clothing store, not the place for a playing child. The ironed shirt, the tie, prescribed bowtie or a jacket show an etiquette of which De Ruysscher questions the sense and nonsense. This duality is also found in the frozen form of an object that has no function in the functional world anymore. The object only has a function in the realm of visual arts.

Kim De Ruysscher studied painting at the Sint-Lucas College of Art and Sciences in Ghent. After his graduation he went to Carrara, Italy to specialize in sculpture (in marble) at the Academia di Belle Arte and the Instituto Professionale Industria e Artigianato Tacca. After having lived for 8 years in The Hague he has been living in Varese (Italy) since 2014. 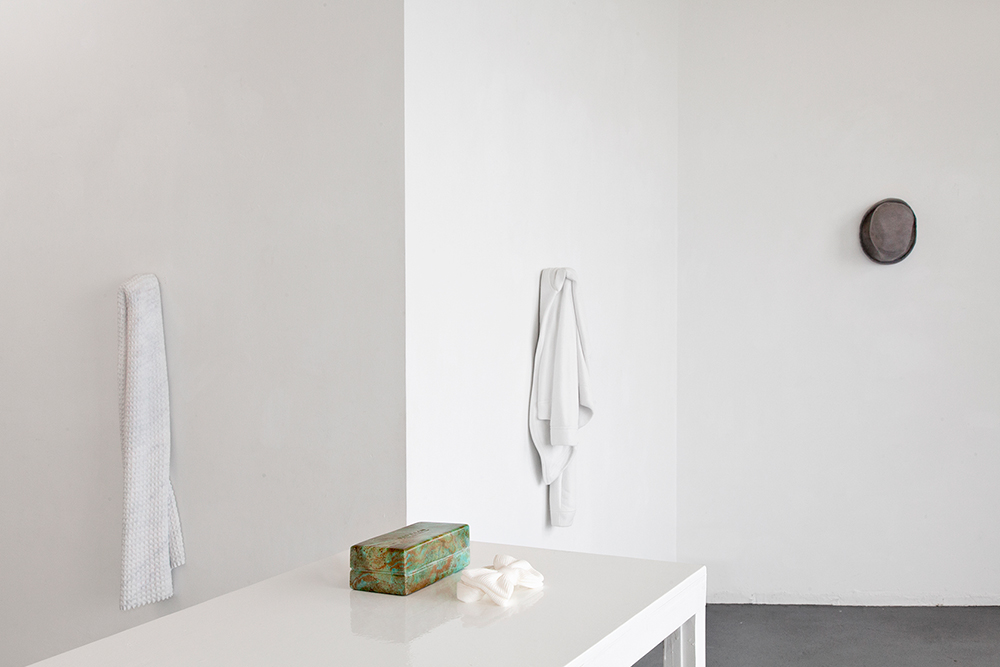 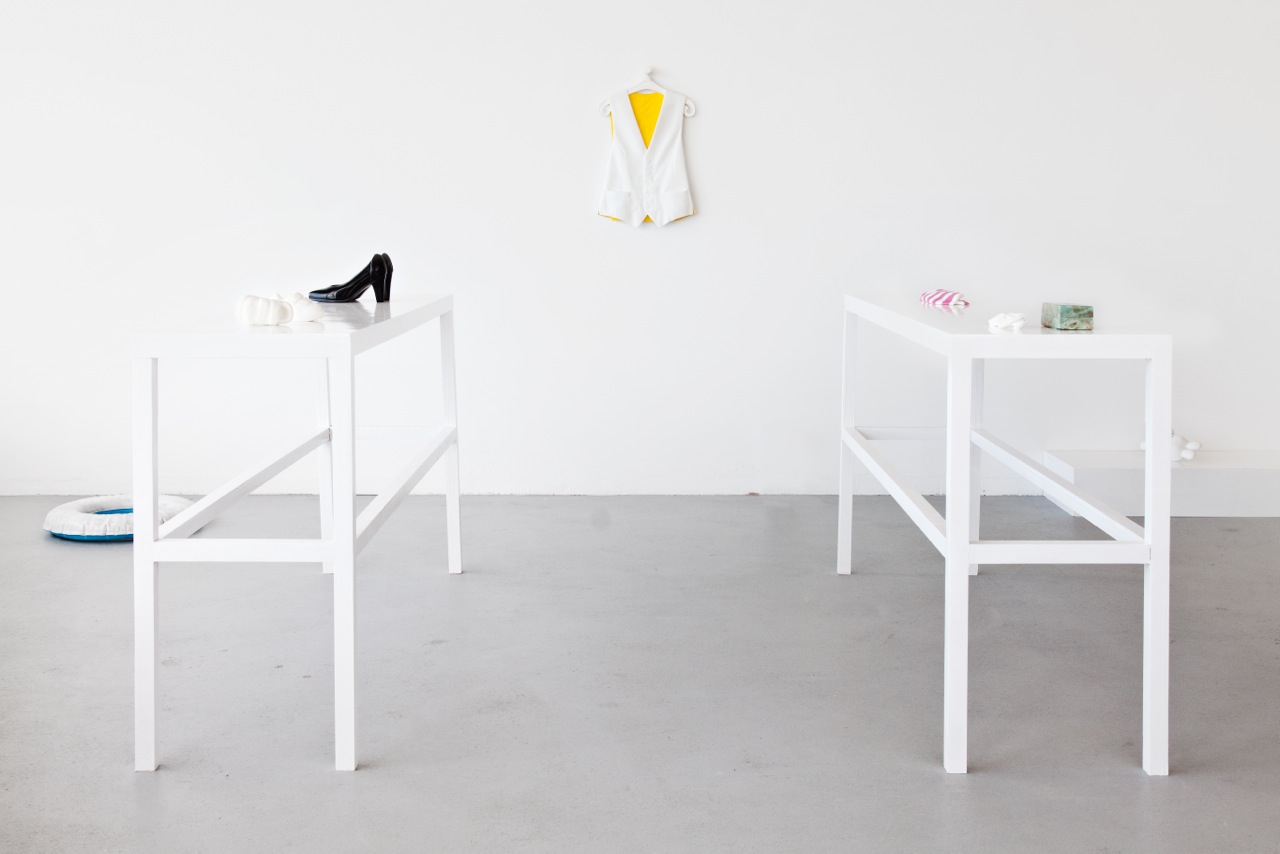 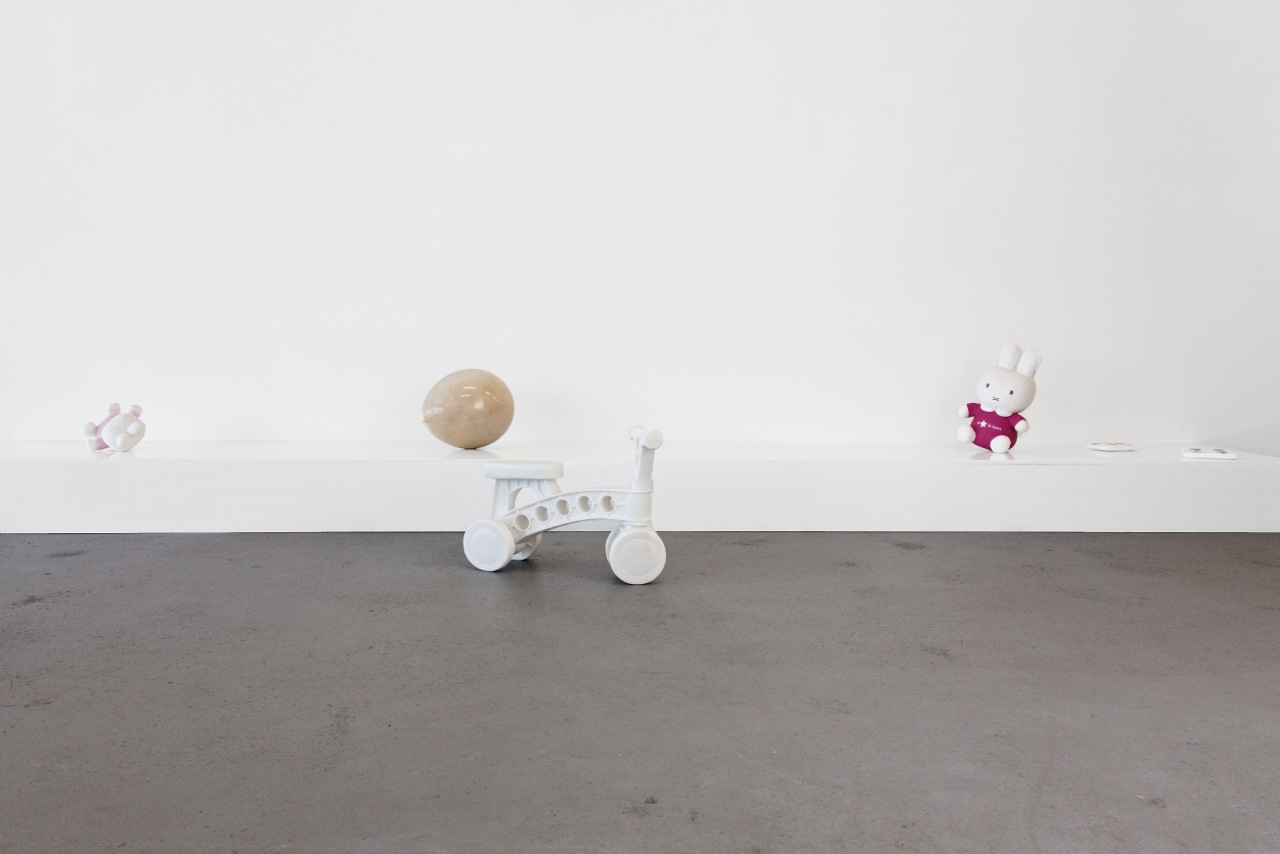 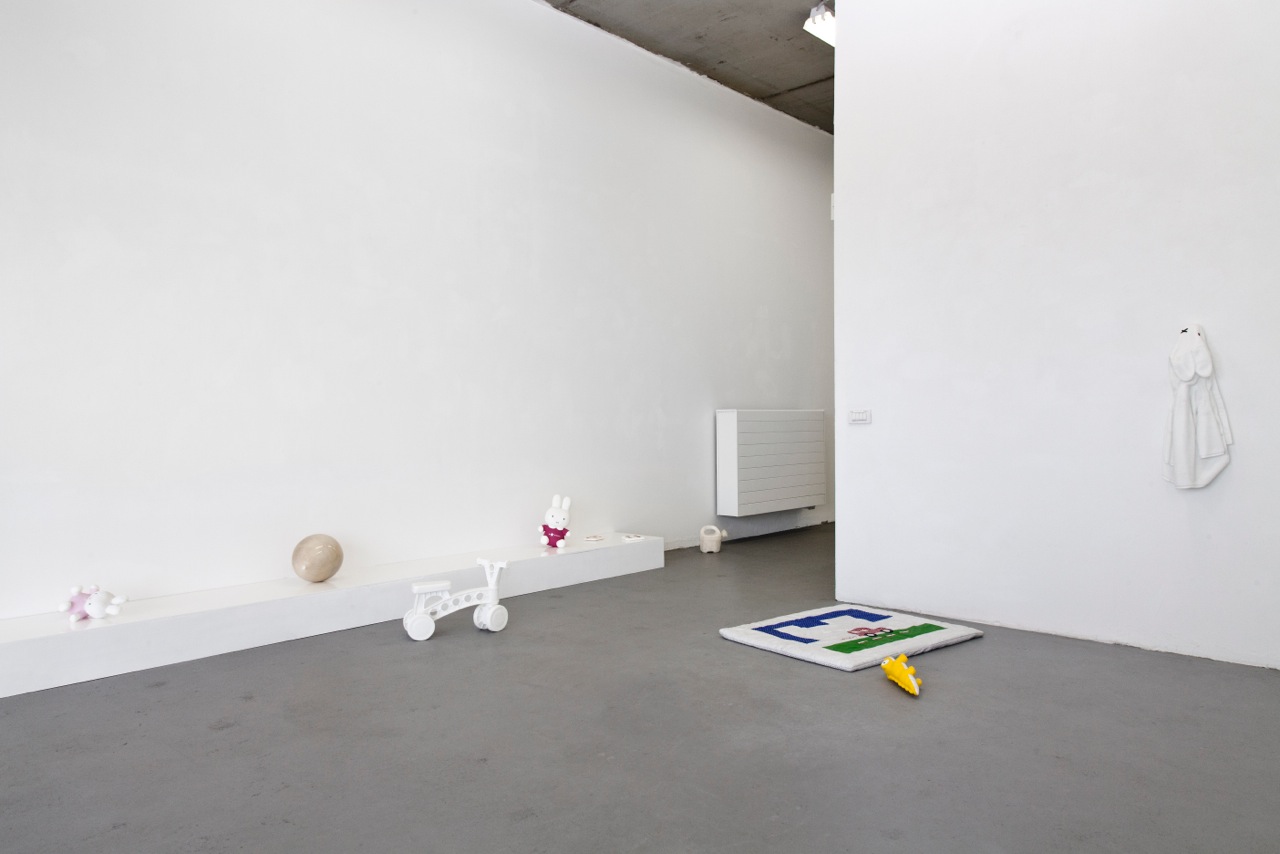 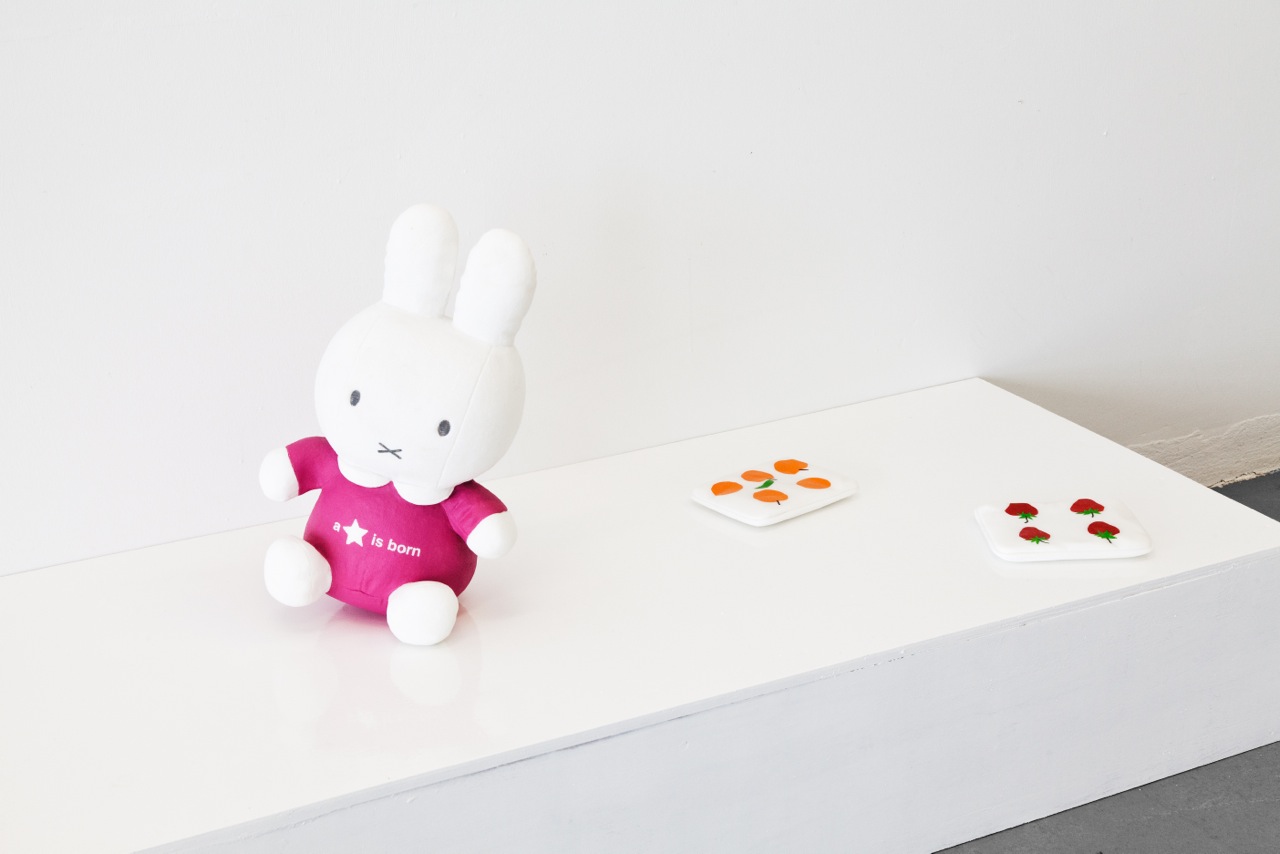 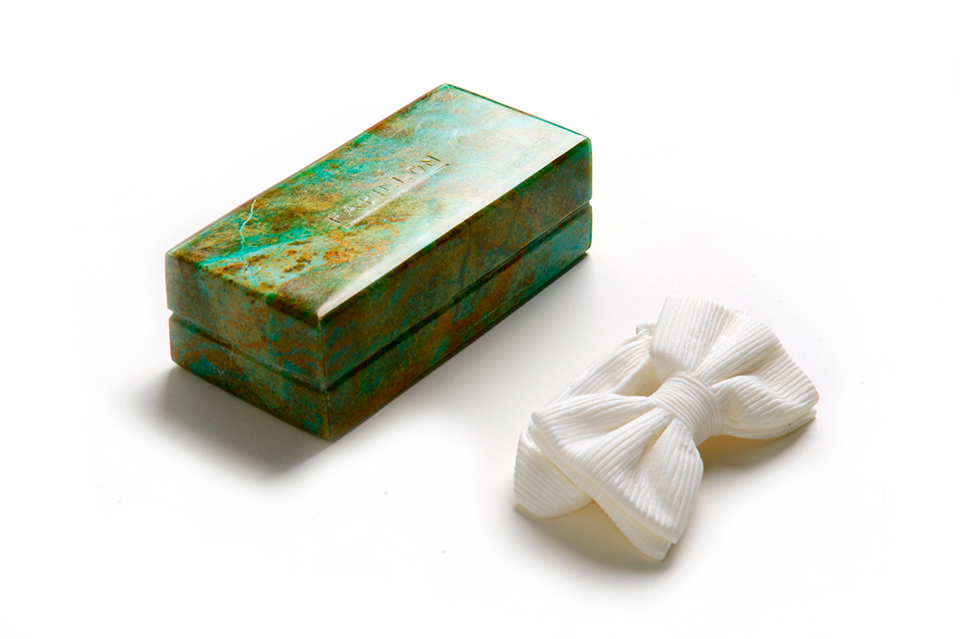 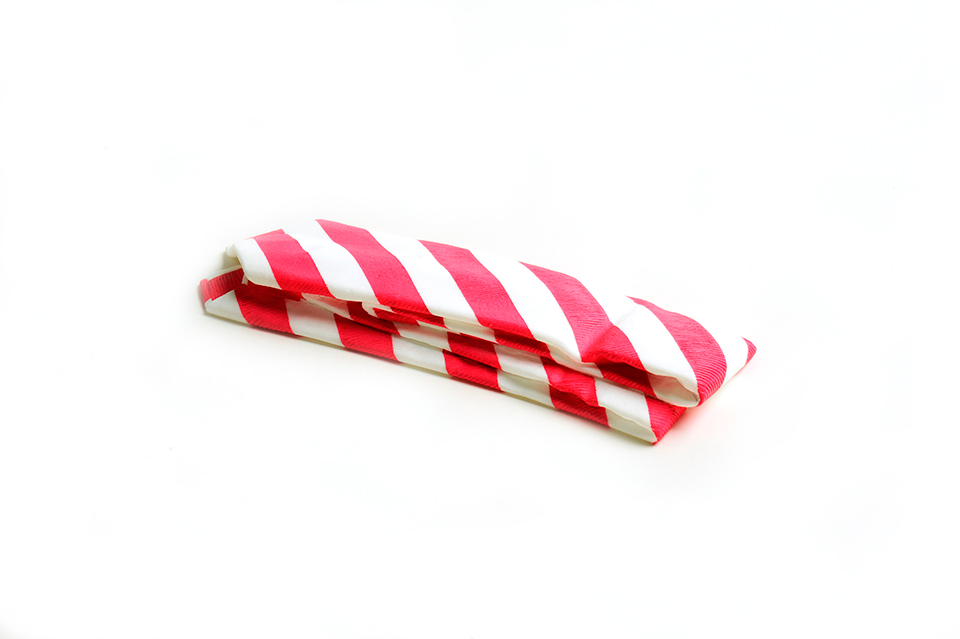 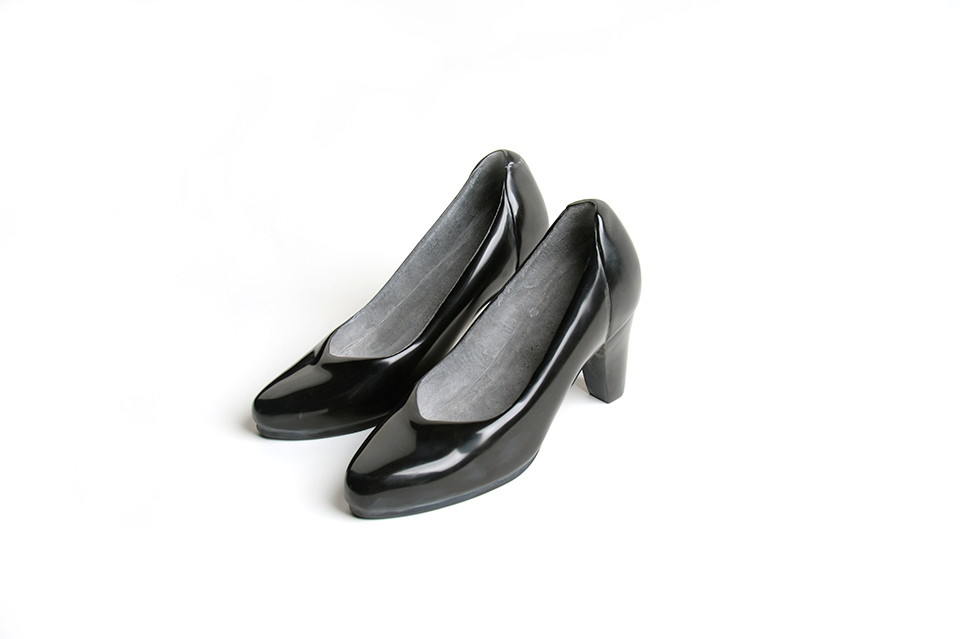 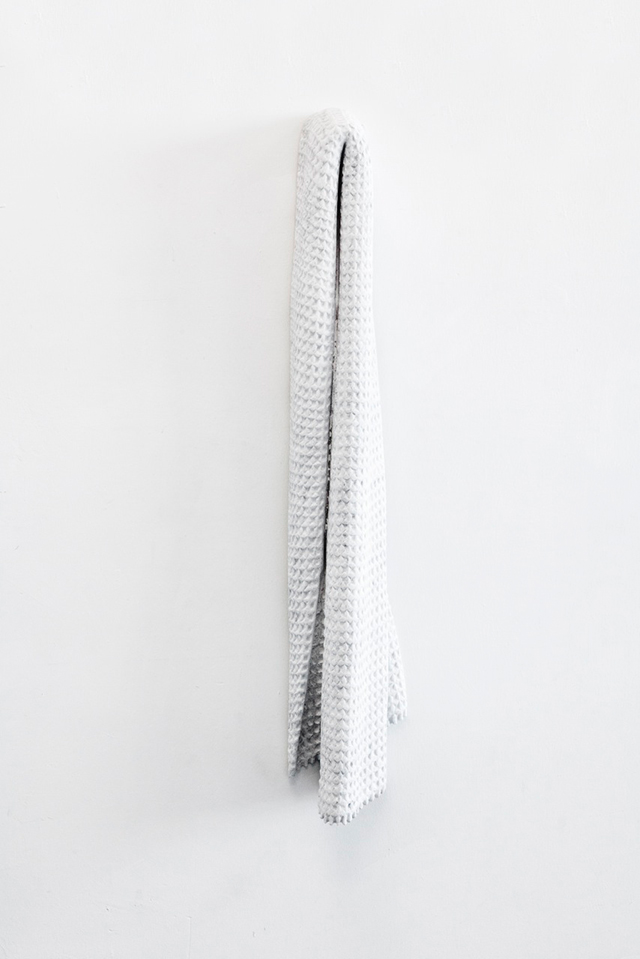 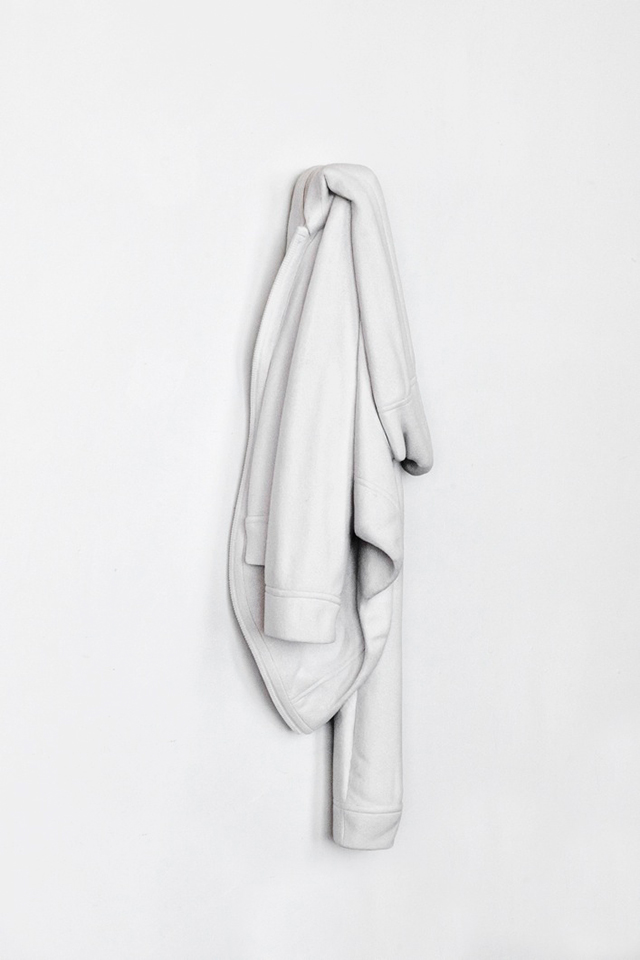 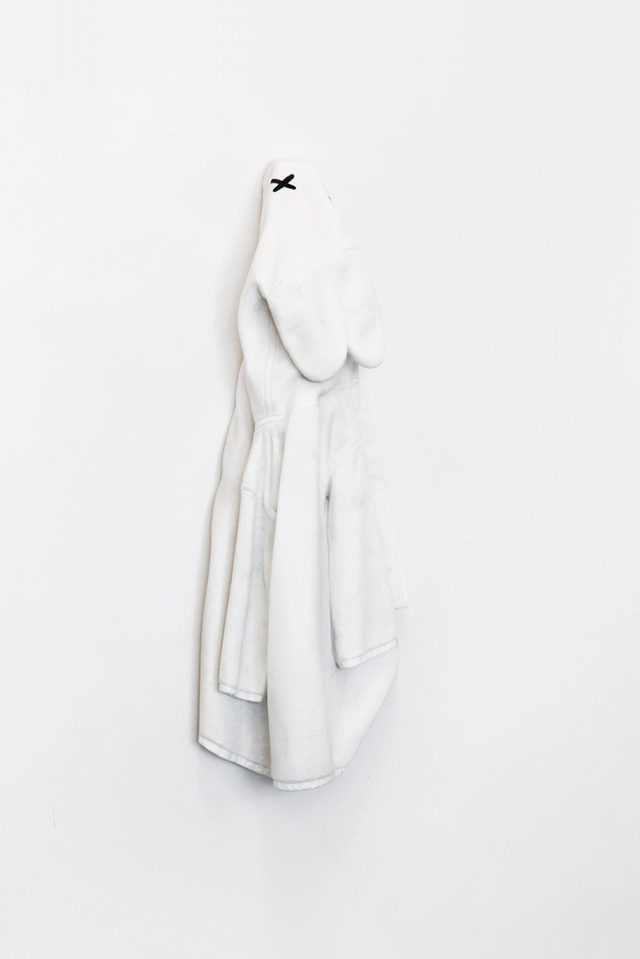 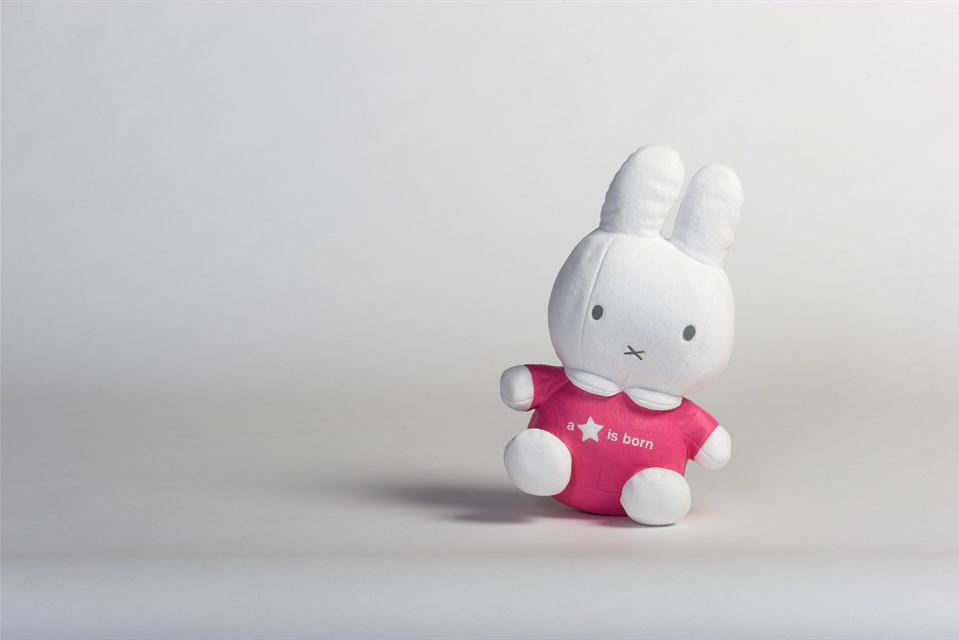 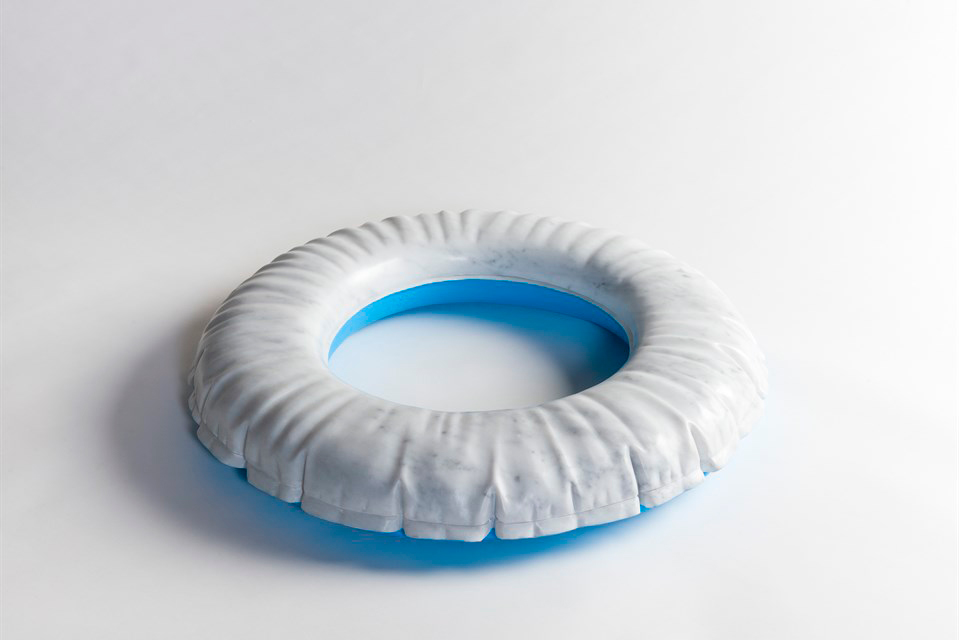 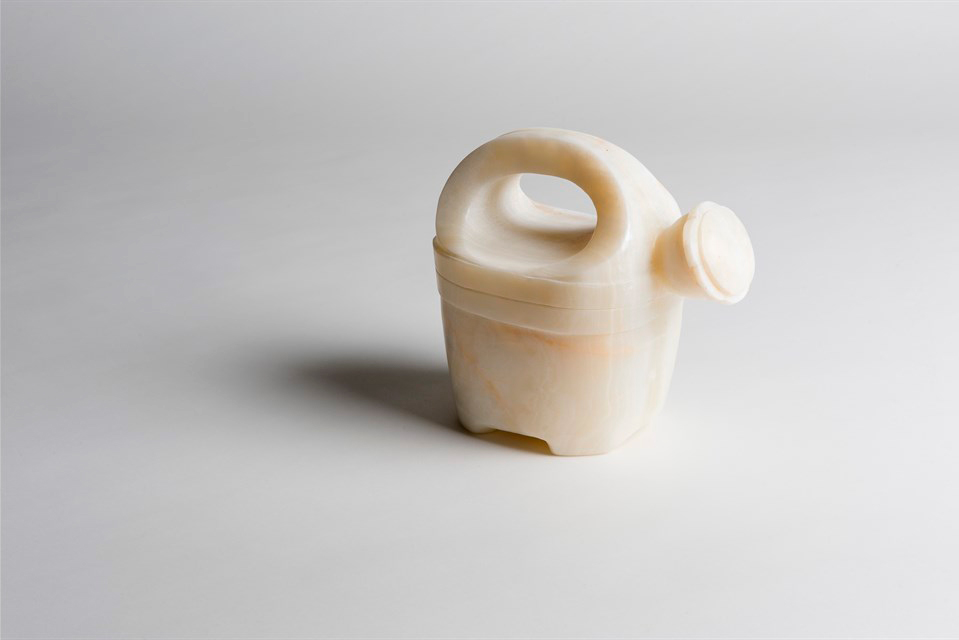 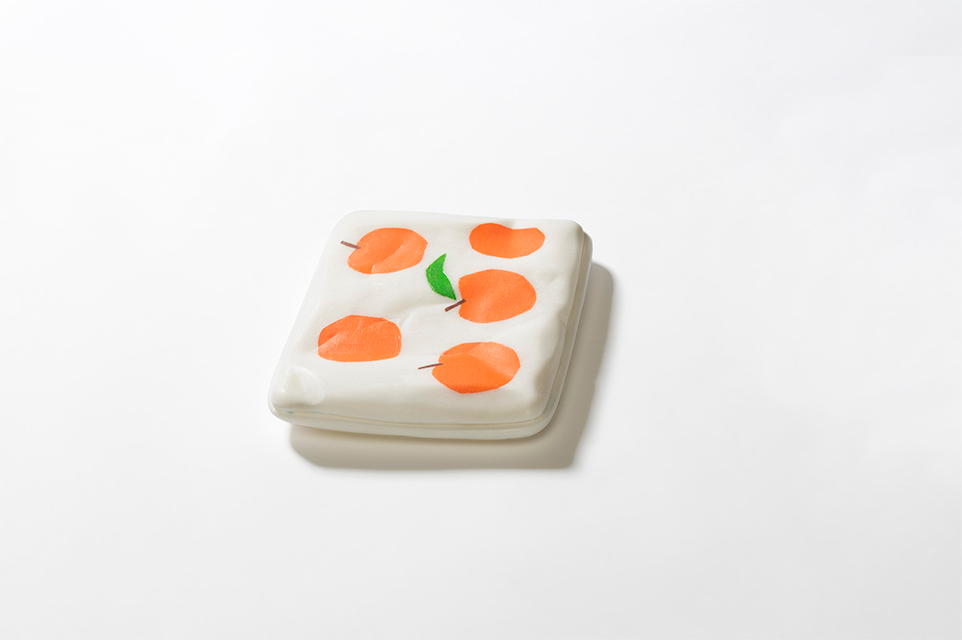 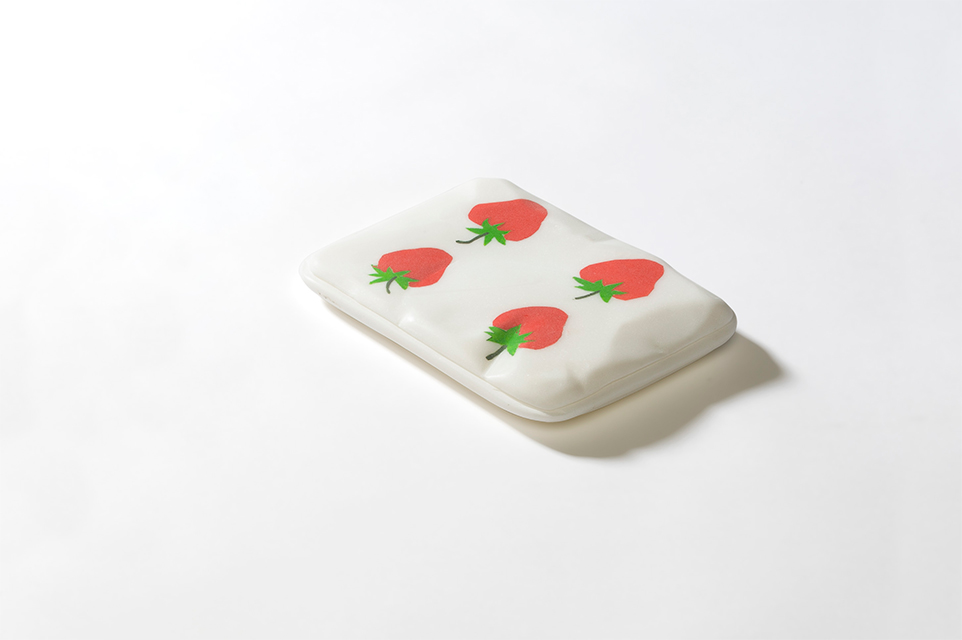 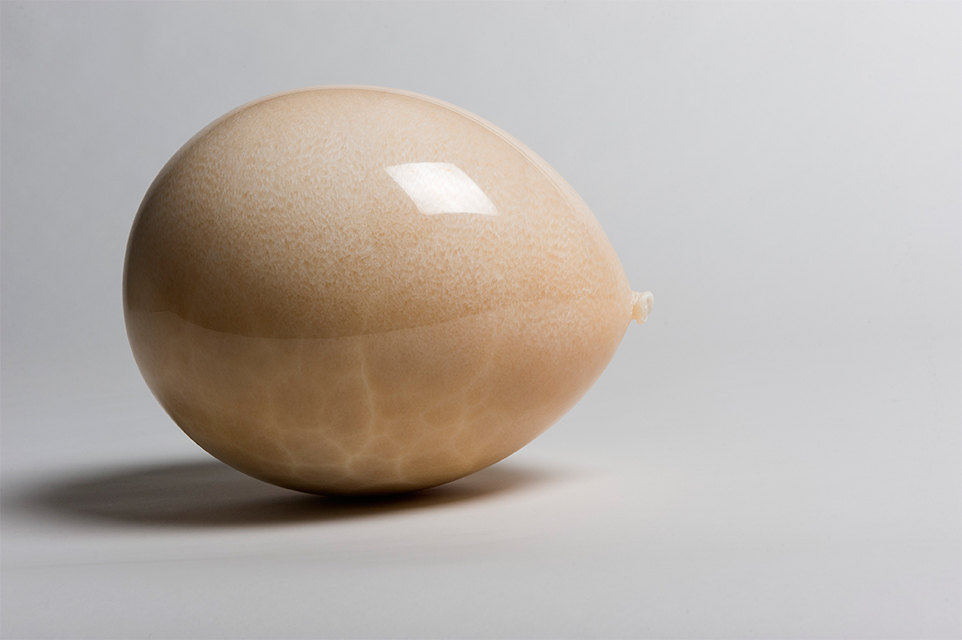 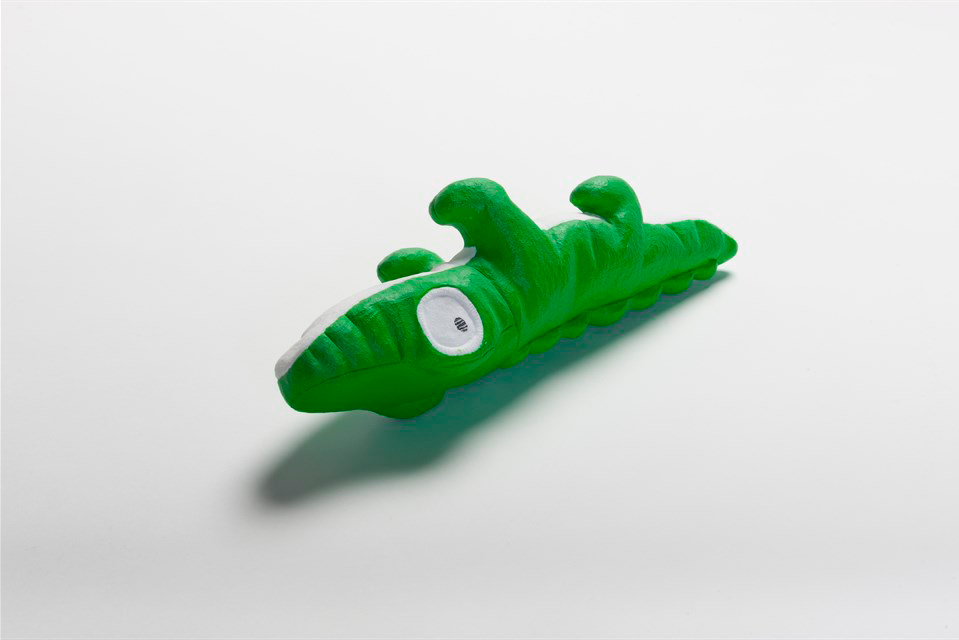 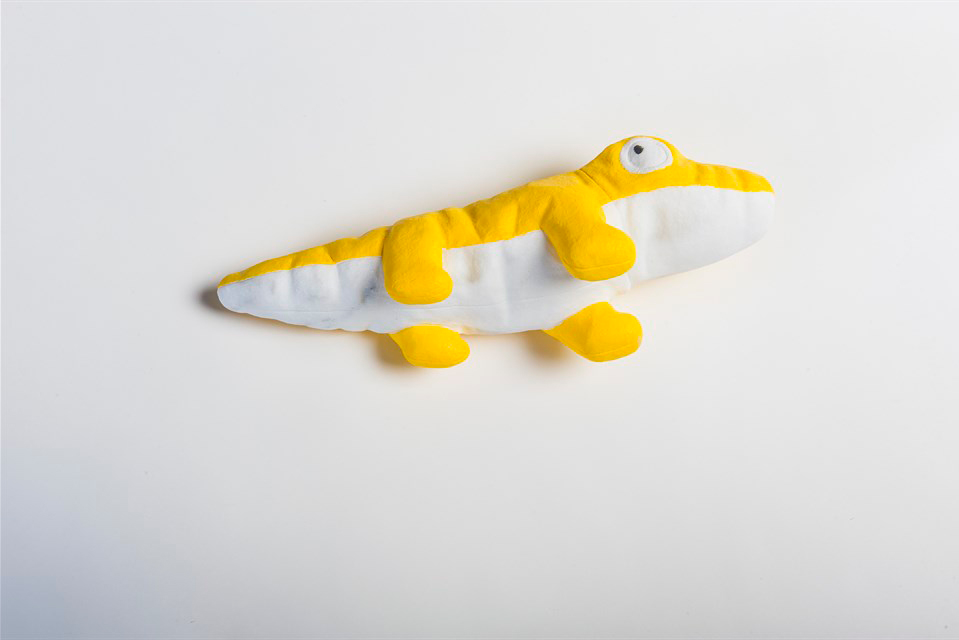