Liliane Vertessen (1952) is one of the first Belgian artists to use their own body as an artistic medium. She builds installations around photographs of herself in varying roles. She might be a hooker, an innocent girl, a lady or a suicide. During the early 70s, as a performer in a jazz group, Liliane Vertessen explores the provocative potential of self-portrayal on stage. This is the period when she begins to create self-portraits with a camera and a delay timer. The black and white photographs are sometimes retouched with colour. Occasionally they are printed on enamel as a multiple.

Belgian painter and graphic artist Albert Pepermans (1947) is known for a visual and colorful series of work. Only using ink, paint and paper he managed to create his own style that refers to the Pop art and Dada tradition. Most of his work is part of a certain series, defined by technique or theme. They all perform a recurring mixture of concrete figures and abstract settings and shapes. The visual appearance of Pepermans’ work is impulsive, comical and reflects the on-going energy of the artist.

He creates multiples in limited editions through his own mixed media techniques.
Each multiple is unique, which is is inconsistent with the concept ‘multiple’. Each background has different shapes and colours. Only the top drawing is identical.

pelican avenue is an Antwerp fashion label that questions the conventional codes of fashion and opposes the constantly changing trends of the Western fashion industry. Collections are presented through a range of media, from photography and video to installation and performance. pelican avenue balances between the extremes of art and design and investigates the interaction between form and function.

Shady Sadie is the title of a collaboration with multimedia artist Michiel Helbig on an installation showing 5 figures displaying a series of capes and gloves. The minimal yet atypical constructions are built with modular tubes taken from a basic shop display system. The dressing of each figure with nothing but a knitted cape and a pair of handmade leather gloves transforms them into actual creatures and aims for a maximum of character with a minimum of intervention. The installation addresses the evolution of technology and media and the recent wave of automation in which the human countenance is disapearing or being artificially reconstructed.

The work of Colin Waeghe (1980) is characterised by a mixture of autobiographical elements, fragments from the news and images taken from popular media. The artist paints his story via different perspectives on realities that have affected him. His works are portals of his experiences without an instruction manual at hand. The message can go in every direction. The concept in his work is diverse. Through the medium of painting and drawing, he tries to depict changing realities. He studies the concepts of time, distance and what it means to be a stranger in a nomadic global society.
Cesare, black and white dreams of a 23 year old somnambulist is a silkscreen series by Colin Waeghe commissioned by the Frans Masereel centre. Each work is a fictional movie poster with many autobiographical elements. The titles of the posters all have a reference to 'time', and in particular to its relativity. The ‘Cesare’ in the title refers to the movie character Cesare from the expressionist film ‘Das Kabinett von Dr. Caligari’. Cesare is a sleepwalker who kills people while sleepwalking.

As an artist-painter Benoît van Innis (1960) observes people's secret emotions, and he does so with a great deal of humour. He combines He combines a heightened sense of poetry with a feeling of hidden melancholy. "Je voudrais bien être” is a series of six screen prints with one predominant colour on each sheet. Set against this light he portrays a single figure, a dress, a dog, a girl's face or a handbag. Their features clearly contrast with the colour of the printing ink and the white of the paper; the result being a cloudy sky. Placing the sheets next to each other creates the portrait of a woman being worshipped with words extending over the images. There is a sentence for each of the woman's characteristics: "Je voudrais bien être ta robe", 'Je voudrais bien être ton chien", "Je voudrais bien être ton visage". These are all interjections from a man in love doing everything he can to be with the girl wherever she is. They come from a song by Bourvil, a French actor who sang "Je voudrais bien être" in the 60s. The orchestra waxes lyrical in a gentle waltz and between verses the singer dances and briefly laughs. We don't find out  how the song ends. In Benoît's version Bourvil yearns to be everything to the woman but he can only be himself, a man the woman walks past. In "Je voudrais bien être" the French comic provides a meek version of the eternal human drama: the fracture of dream and reality.

Fik van Gestel (1951) lives and works in Gierle close to Turnhout. After studying at the Royal Academy of Fine Arts in Antwerp, Belgium he debuted in the early 80s. His paintings were quickly noticed and related to the Italian 'Transavanguardia’ and the German ‘Neue Wilden’ as neo-expressionist. He has long been shaken by this "stamp". Over the years he has explored his paintings, refining the subtleties to establish his own style.
He also has a strong sense of light and colour, but undoubtedly, his tactile sensibility is the most striking. This sensibility allows him to focus on the nuances of the paint while working. He looks for the essence of the painting in the painting process itself. It is not only a physical but a mental process by which the subject of his painting is contained in his thoughts, feelings and his experiences with the world surrounding him. 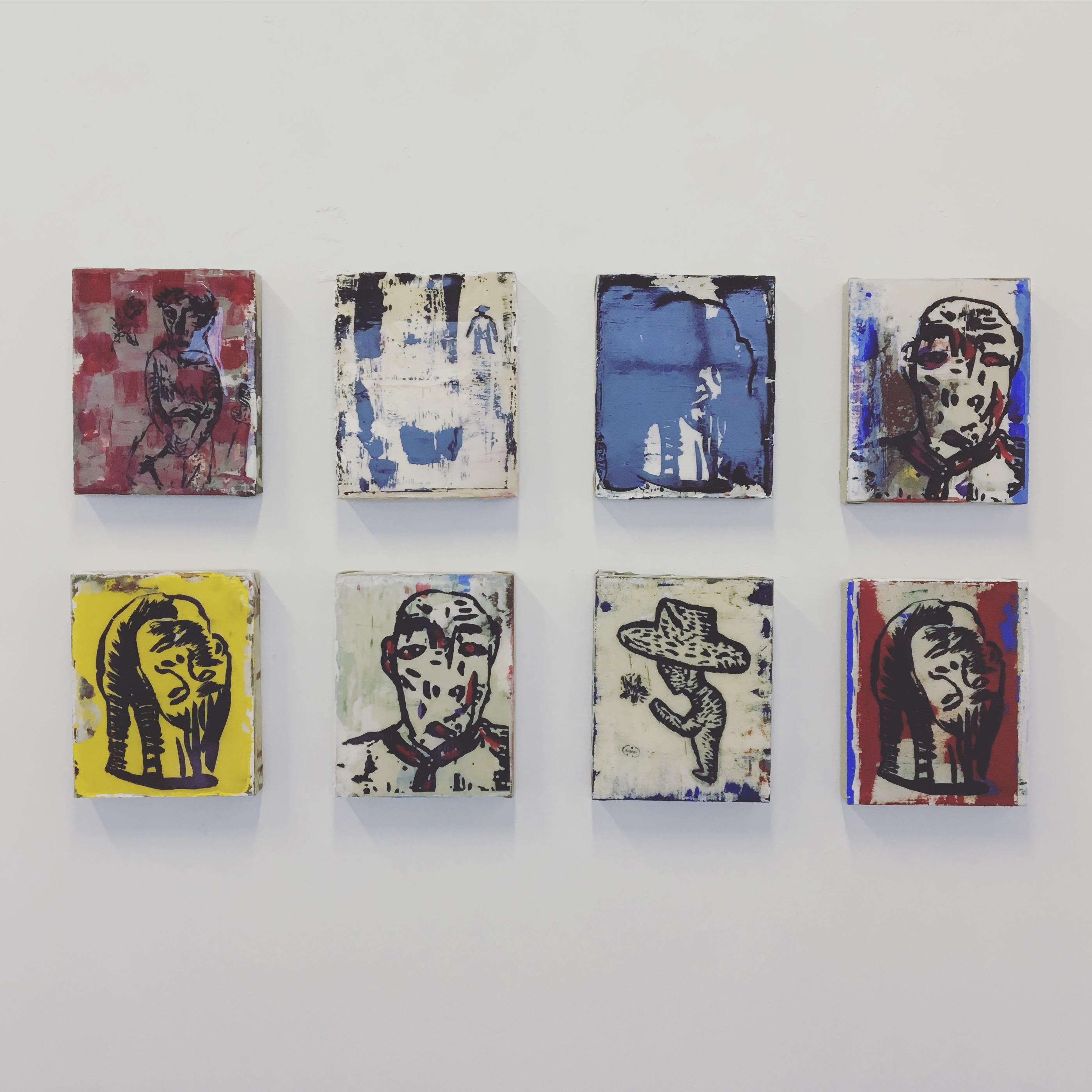 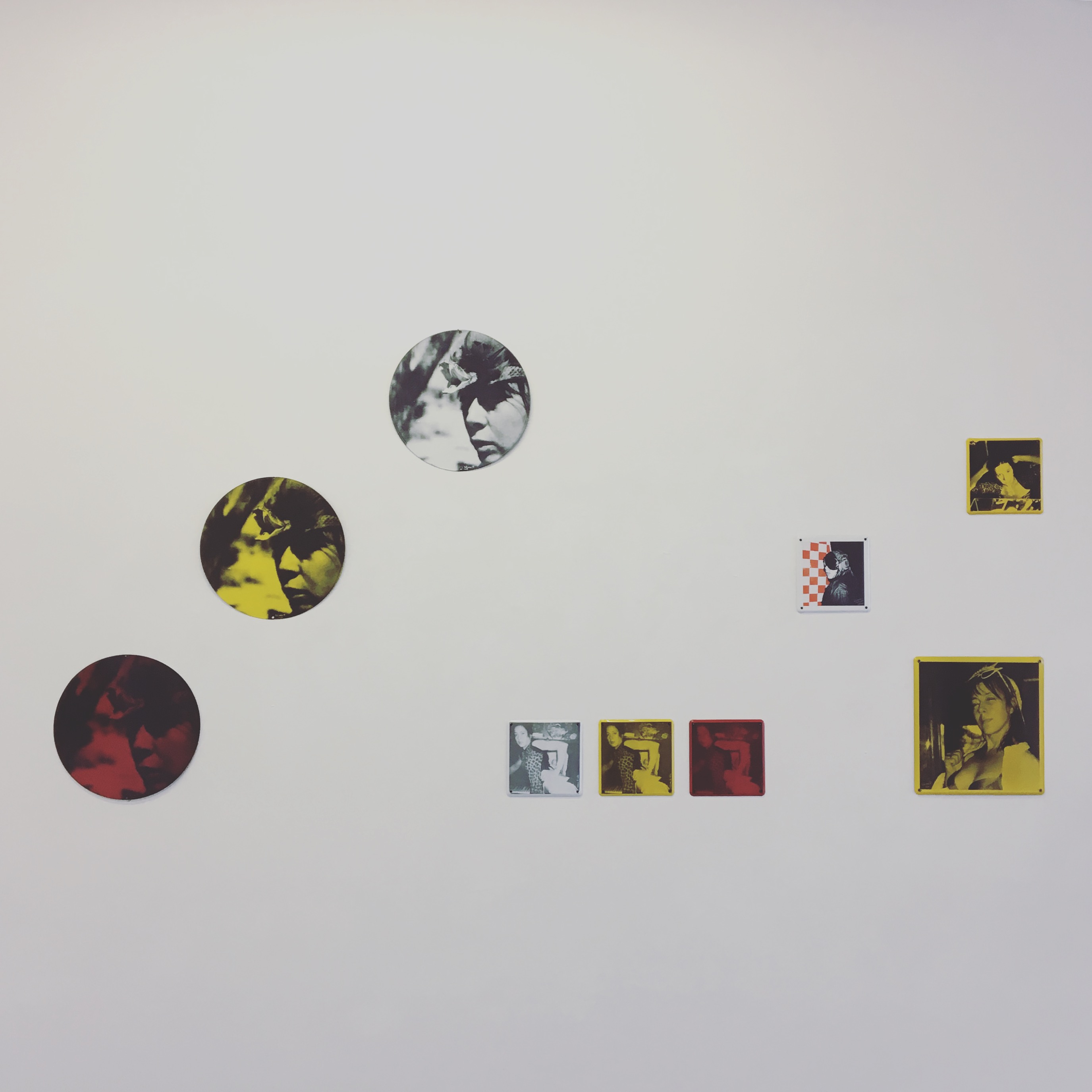 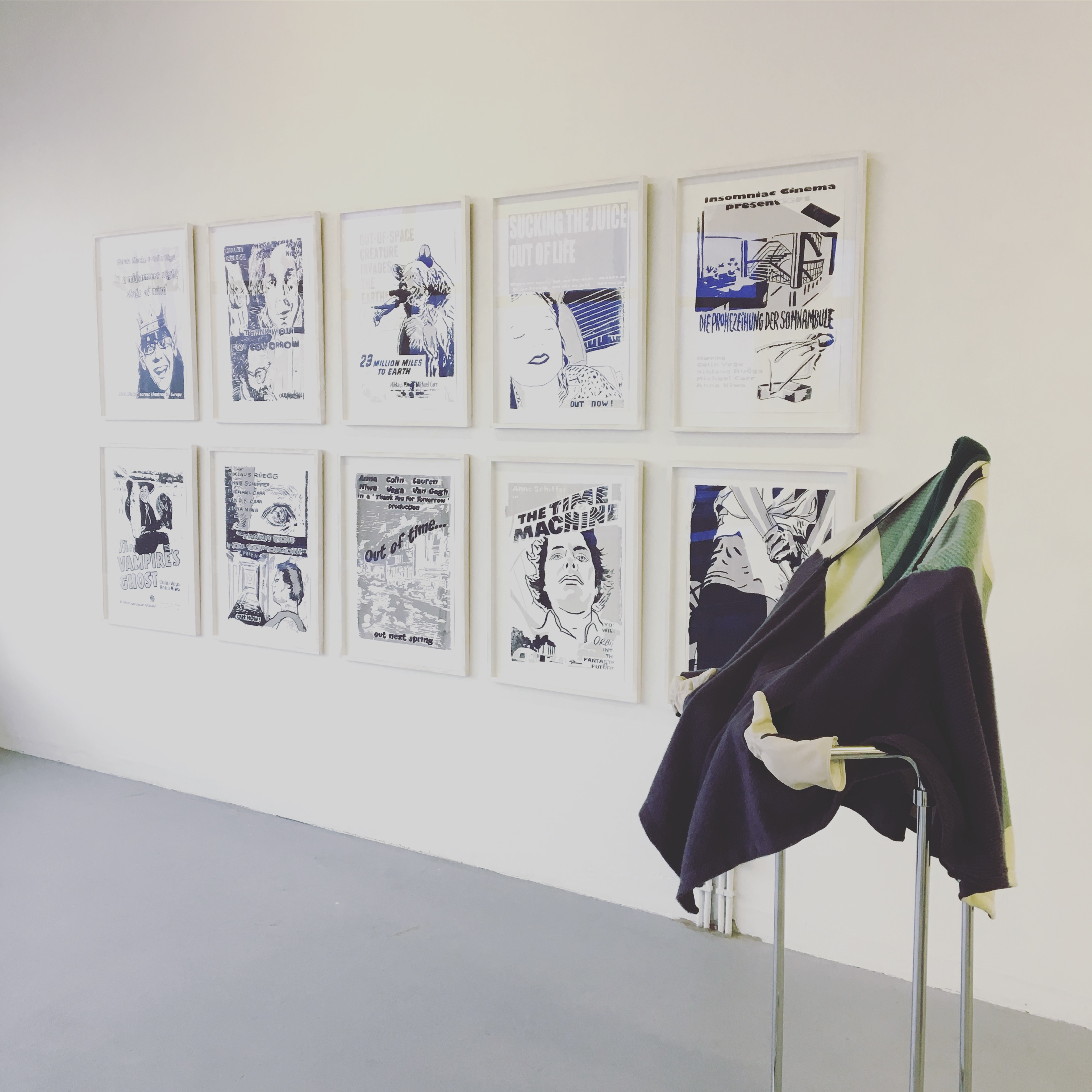 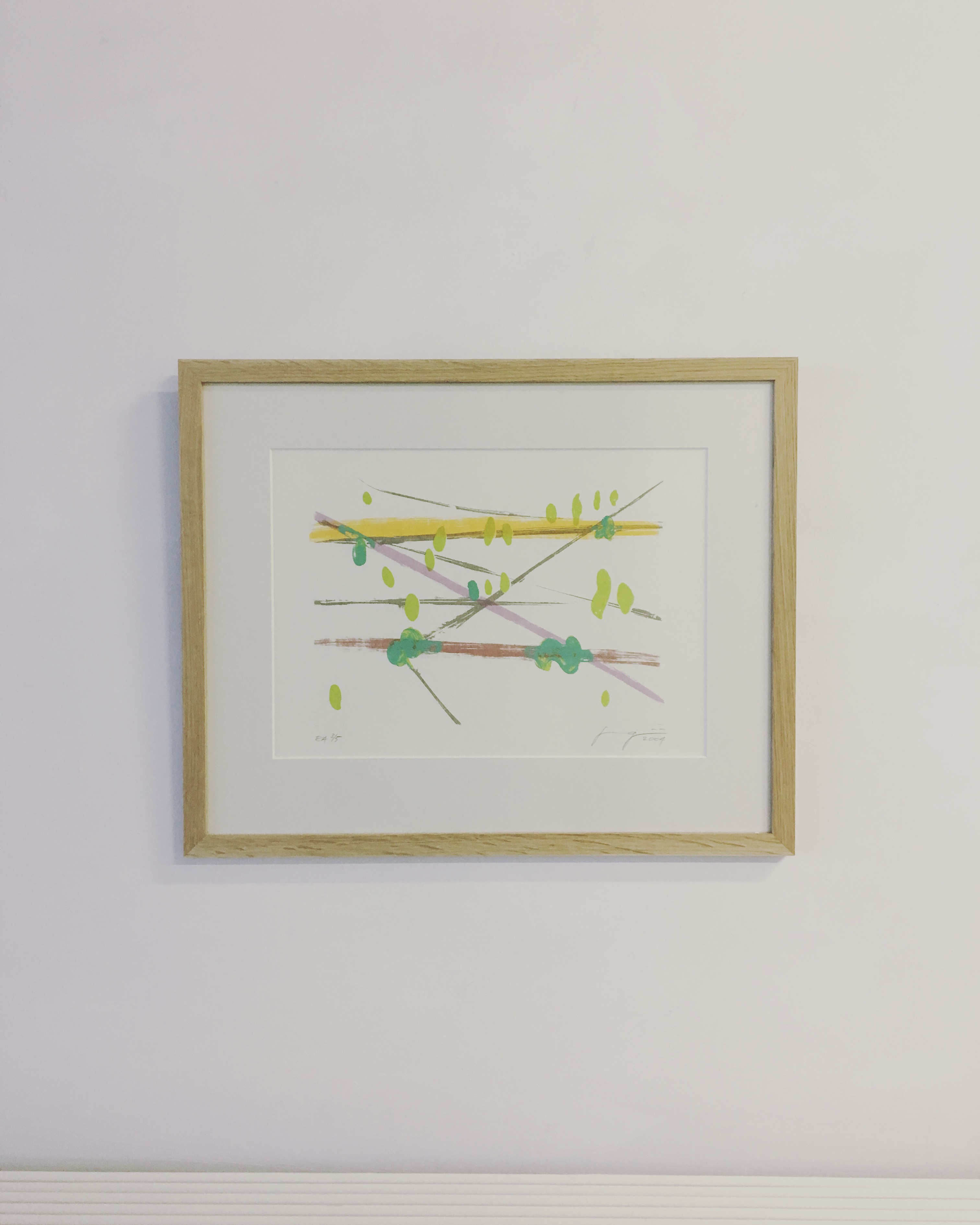 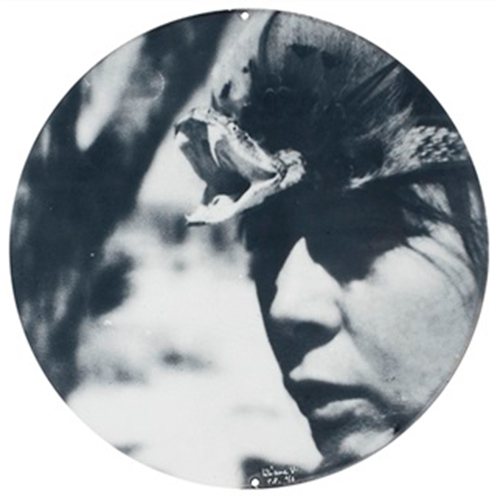 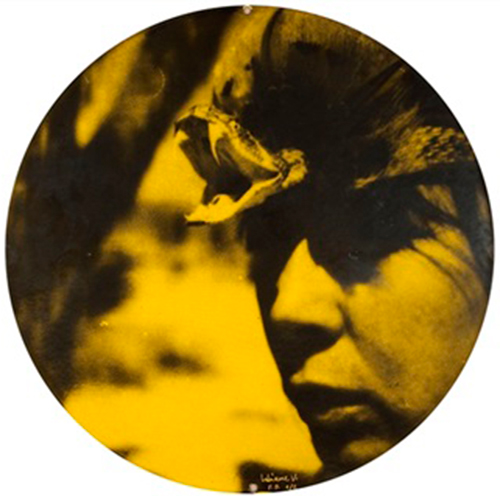 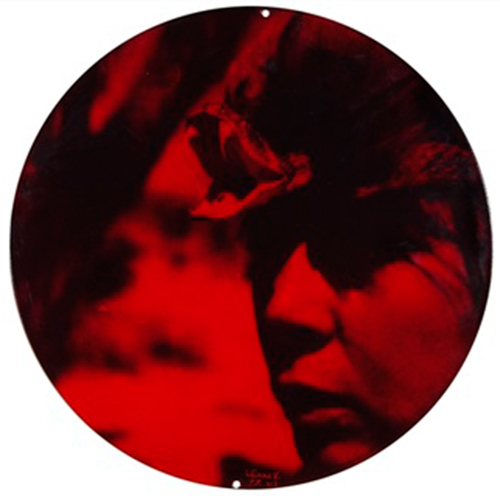 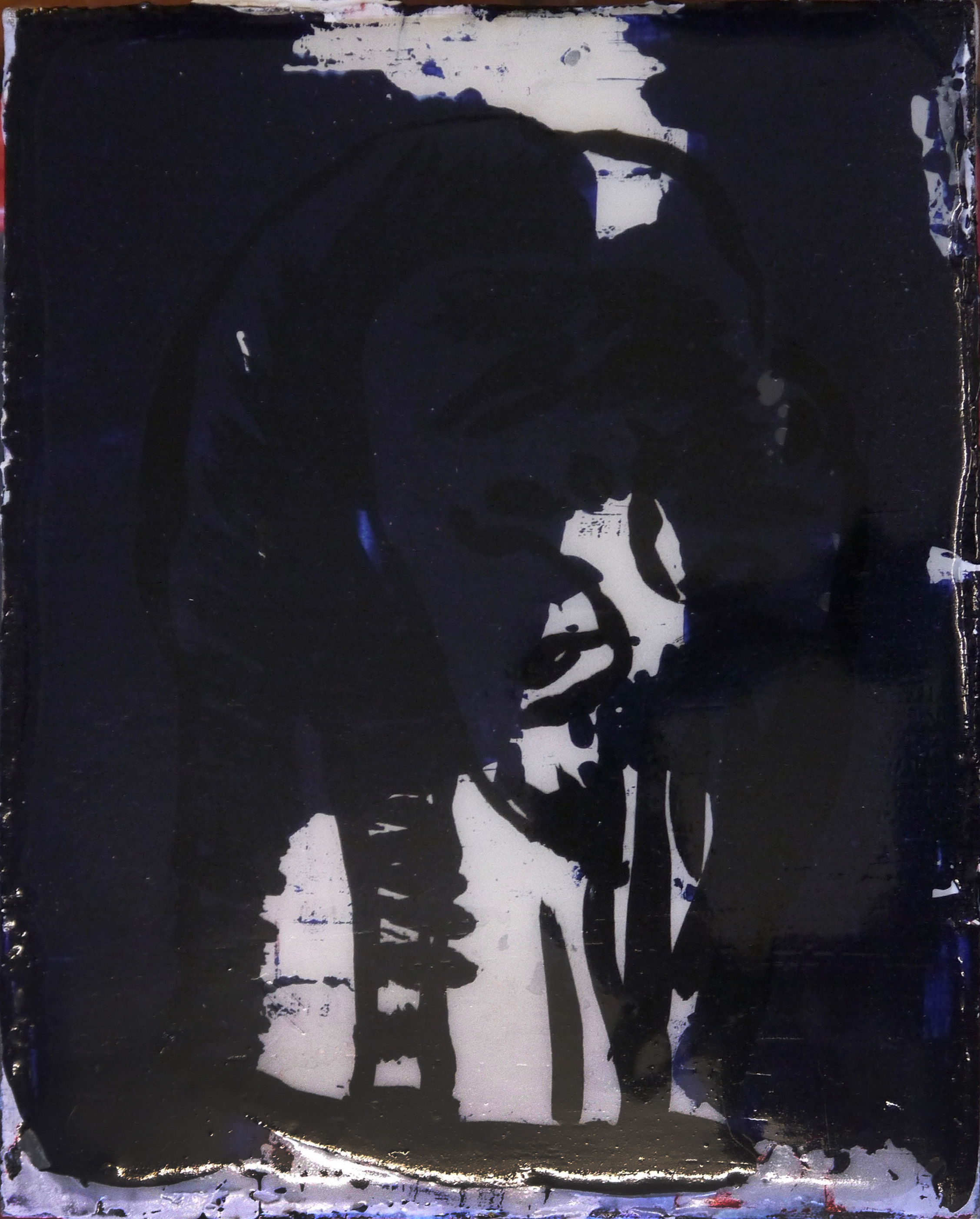 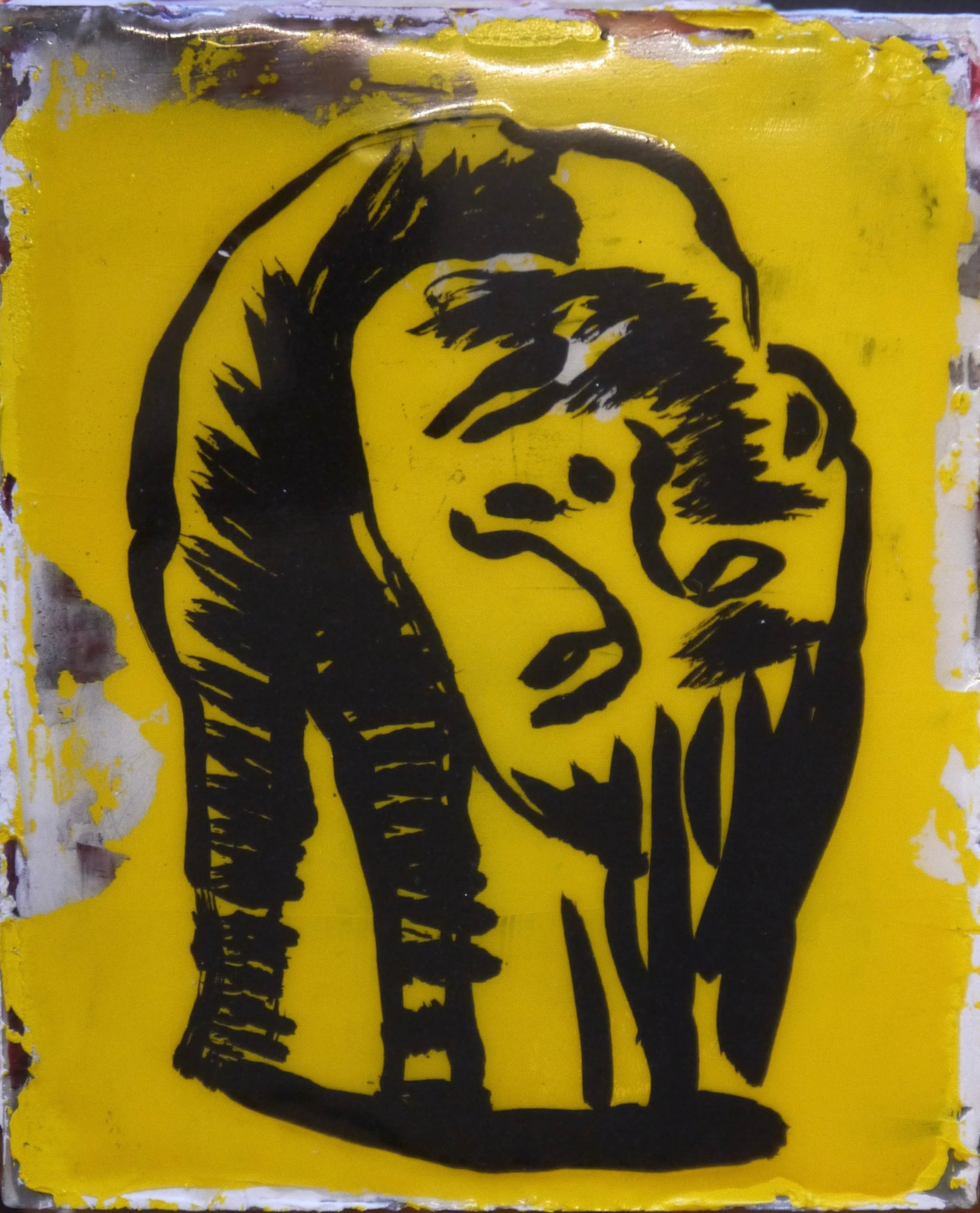 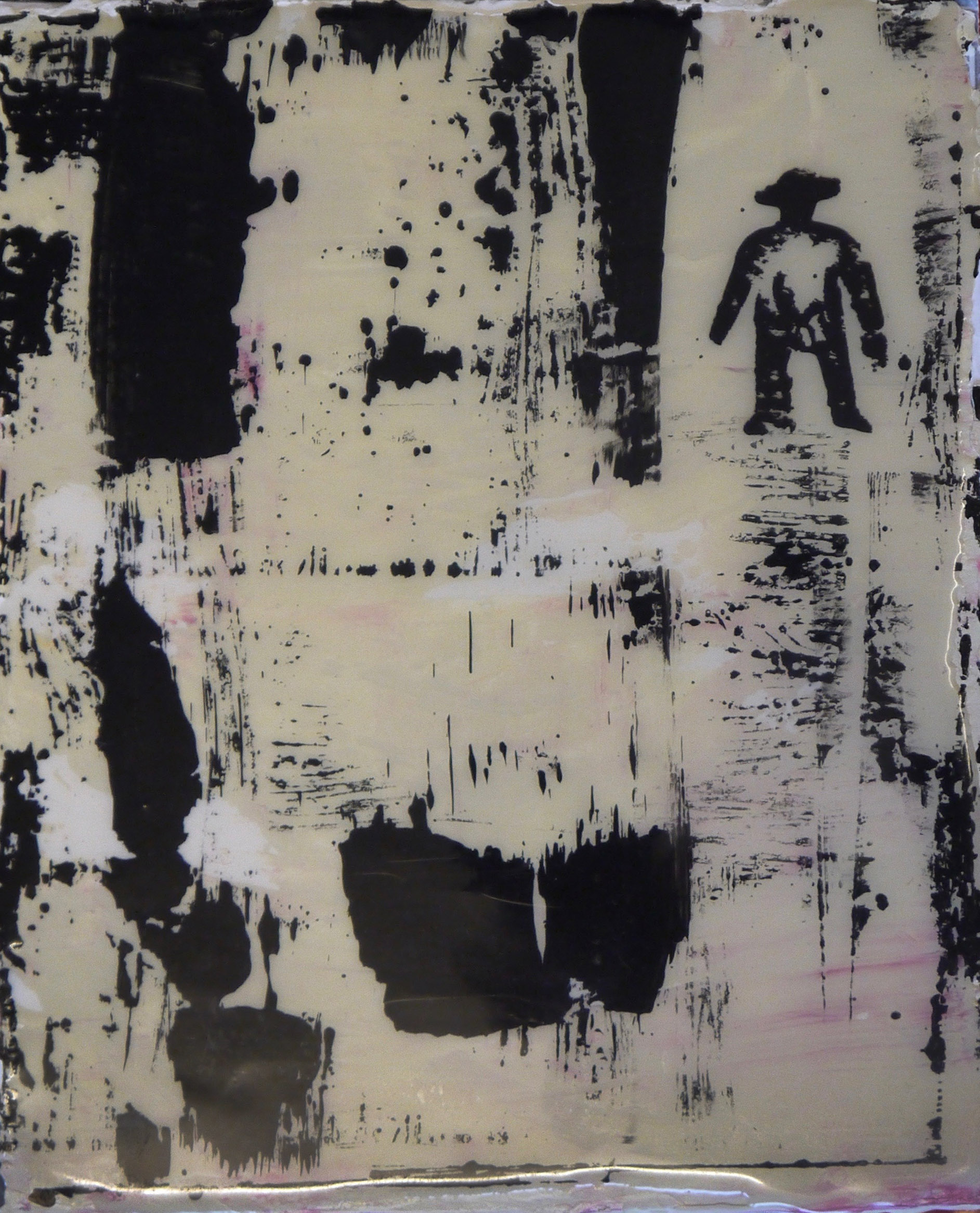 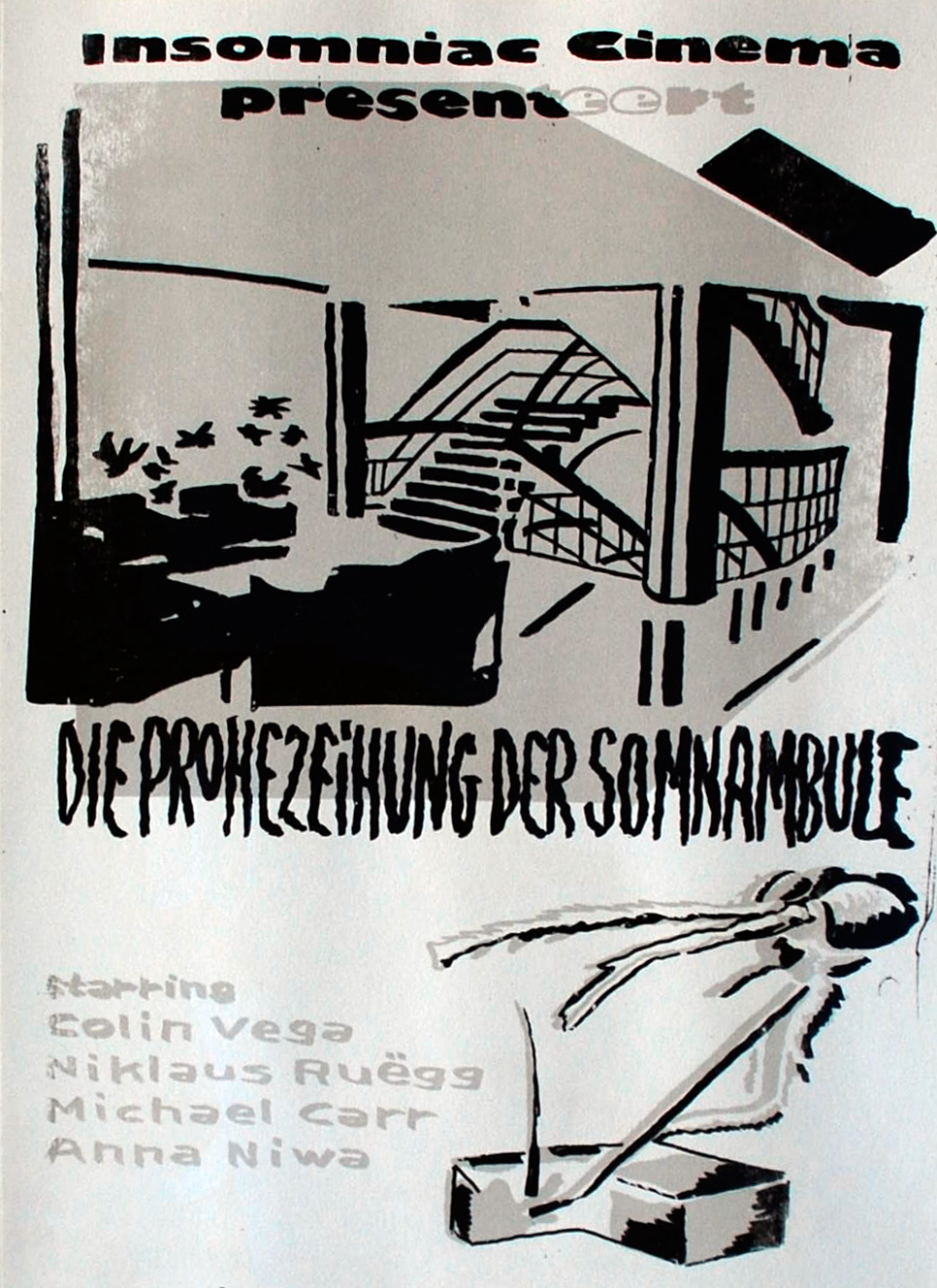 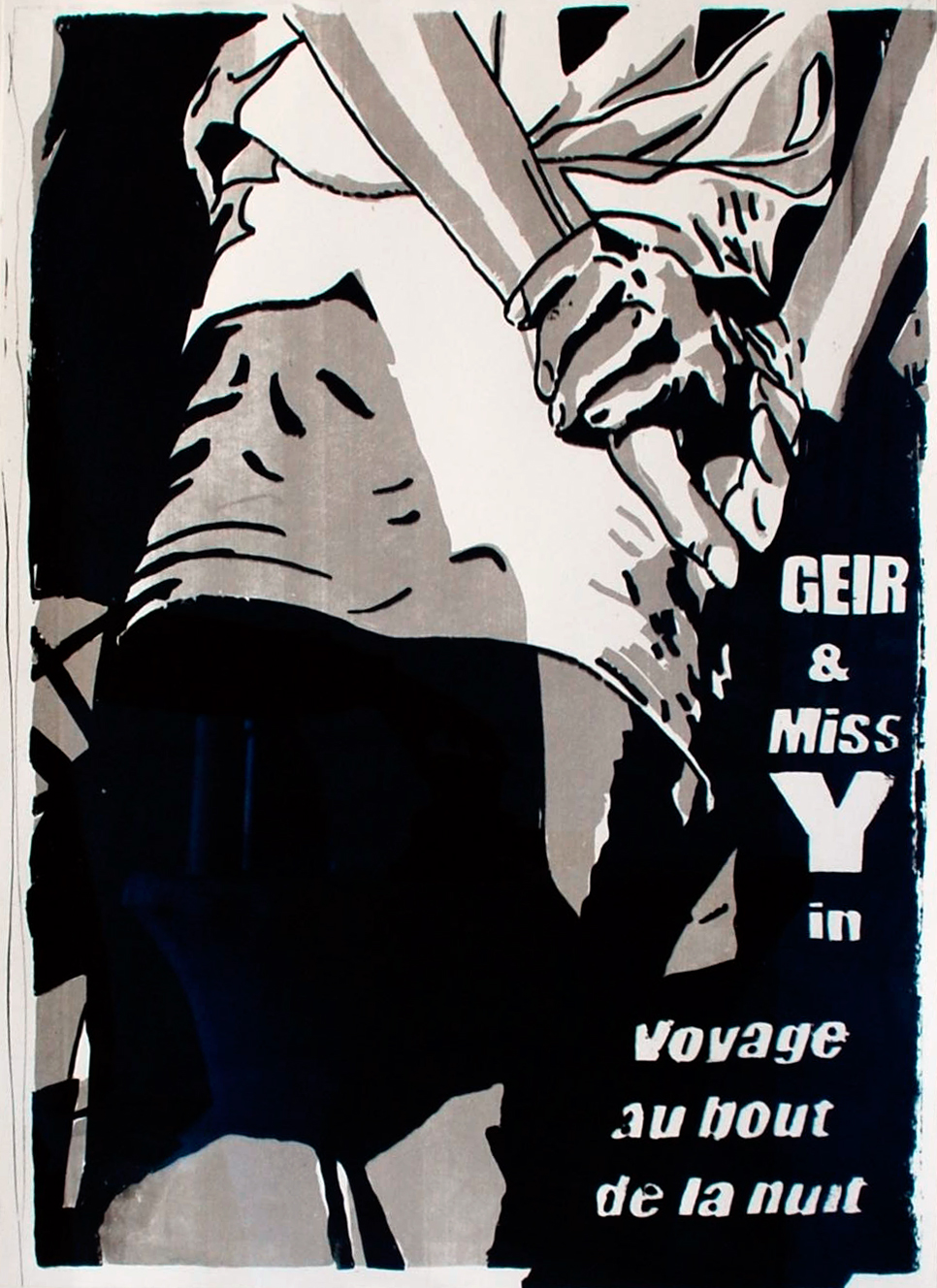 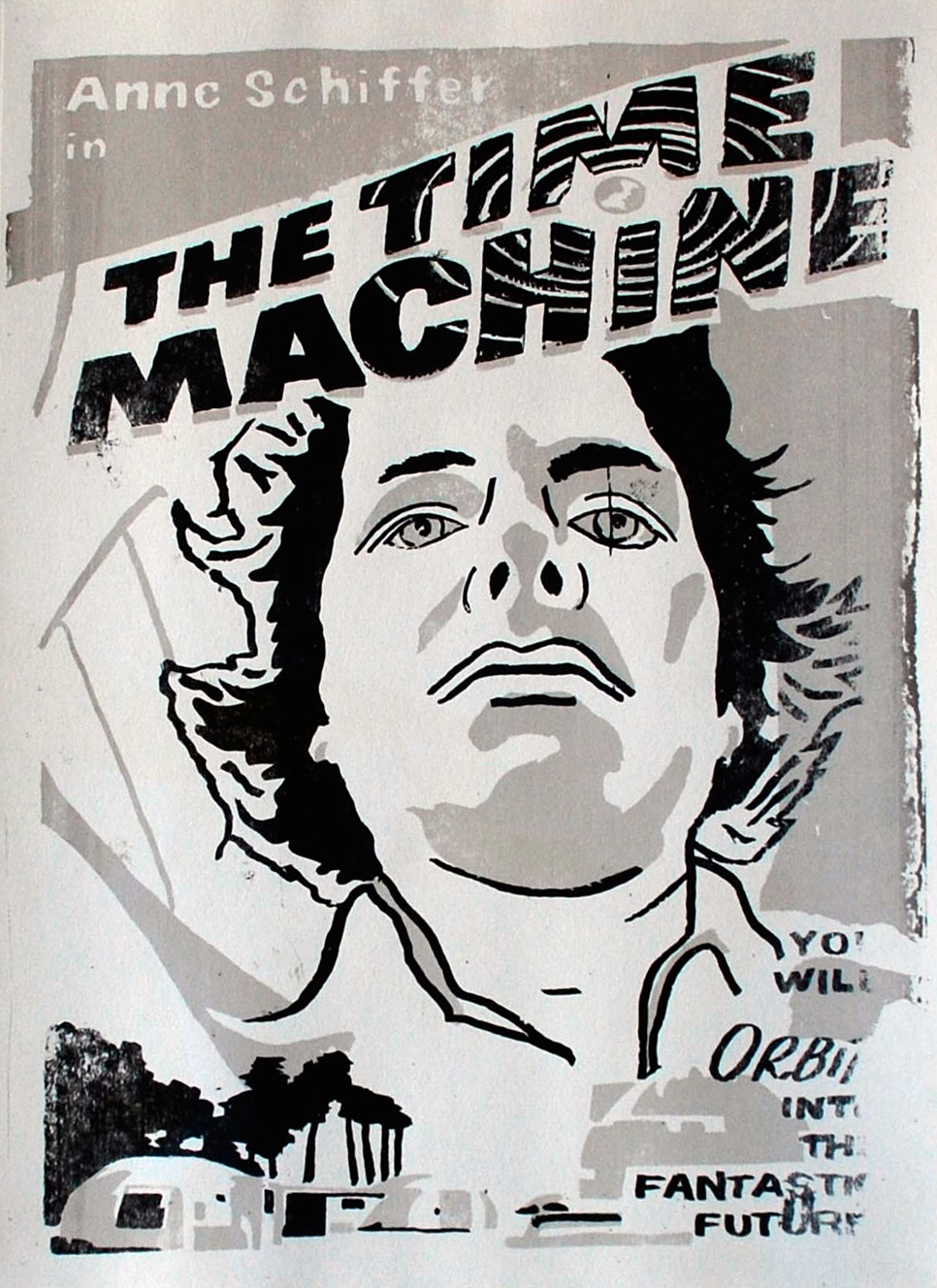 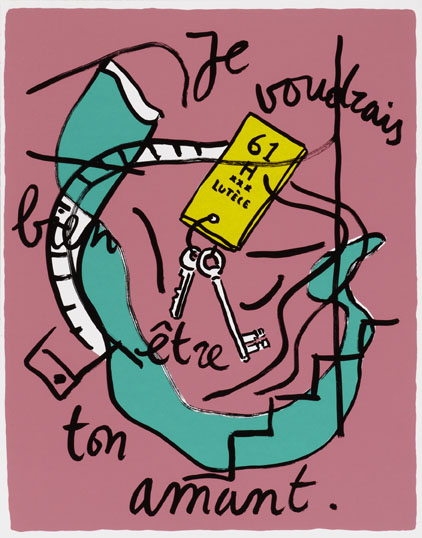 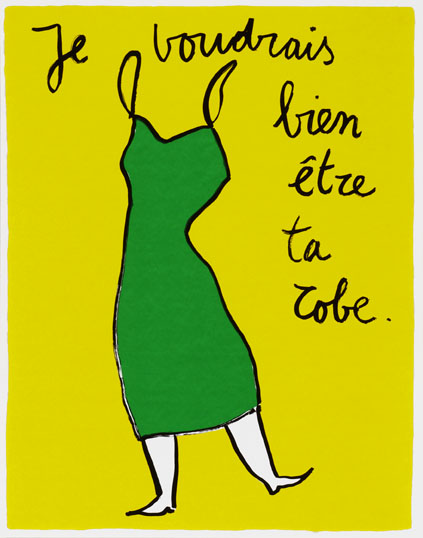 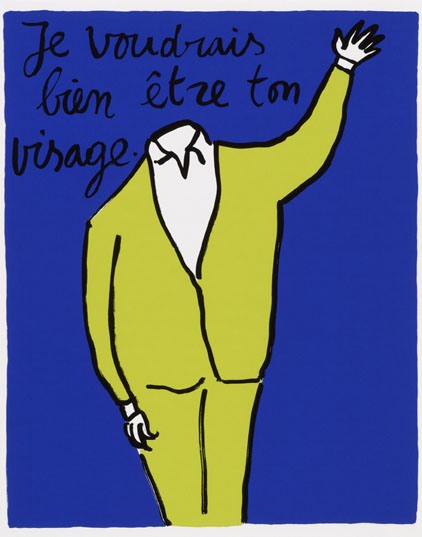