Read more
The visual artist and  painter Benoît Van Innis (°1960) observes the secrets in human beings. This is done with a great sense of irony. The poetic aspect is enhanced by a submerged melancholy. His characters are walking, sitting, thinking, writing, painting, watching, reading, worrying and daydreaming. They never work. Benoît is best known for his - often absurdly humorous - drawings in magazines such as De Standaard, De Volkskrant, Paris Match and The New Yorker. In recent years Benoît Van Innis often works with architects around the integration of art in private or public buildings. For the metro station Maalbeek in Brussels he designed a monumental tile wall, which he painted in the Portuguese town Sintra.

Je voudrais bien être is the name of the exhibition and an edition of six screen prints. On each page one color prevails. Against this background comes a single figure: a rug, a dog, a girl's face, a handbag. These are clearly visible against the color of the ink and the white of the paper, a sky with clouds. Put when you put the pages together the portrait of a woman appears. She is worshiped. Words are stretched across the images. For each characteristic of the woman a sentence is written: Je voudrais bien être ta robe, Je voudrais bien être ton chien, Je voudrais bien être ton visage. Exclamations of a man in love who will do everything to be with his girl.
The poetic exclamations come from a song by Bourvil. This French actor sang Je voudrais bien être in the sixties. An orchestra created a lyrical tone of a light waltz, in between the words a singer danced with a brief smile. How the song ends is not revealed by the version of Benoît. The singer Bourvil desires to be everything which belongs to the woman, but he is just himself, a man who the woman passes on the street. With Je voudrais bien être the French comedian gives his version of an eternal human drama: the split between dream and reality. Je voudrais bien être can be seen as a motive in all of Benoît’s works.
In addition to the pages of the edition, the exhibition presents an overview of recent paintings, watercolors and drawings. Benoît often depicts scenes from everyday life. They range from a football match to a visit to the museum, a drinking party with friends to a meditation of a solitary poet on a mountaintop. But although Benoit portrays real life, with each image he aims for an abstract beauty. Behind the smile lies the seriousness of art. The words Je voudrais bien être reverberate in the drawings and paintings of Benoît. He is filled with a longing. For color, for volume, for space. 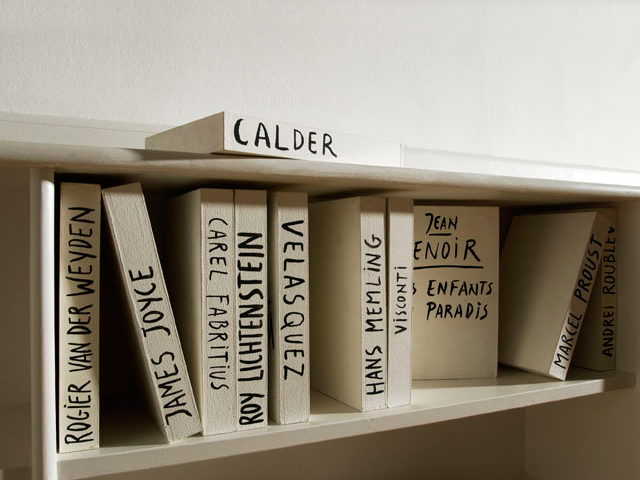 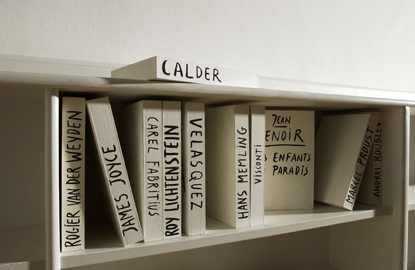 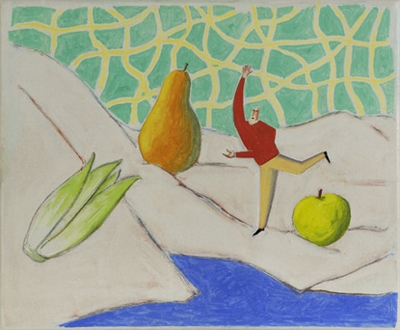 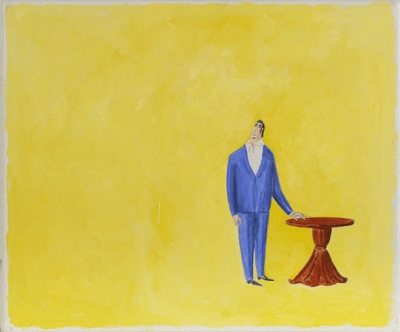 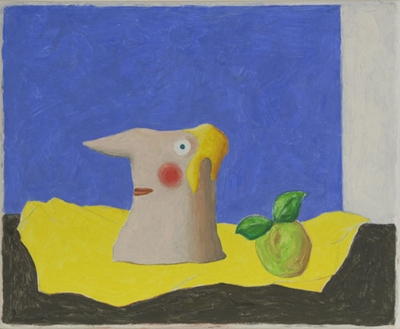 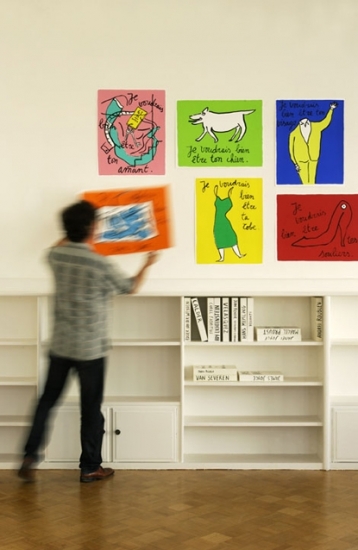 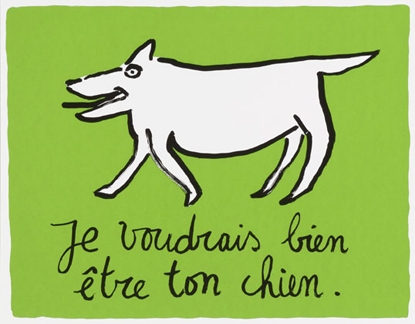 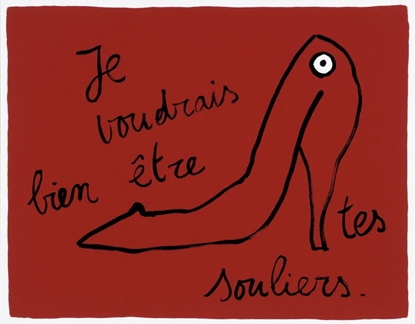 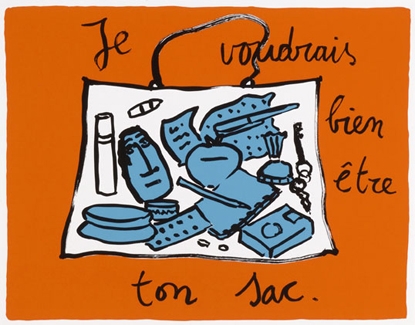