Read more
I saw the sculptures, the rather small sculptures of Johan Tahon (°1965) for the first time in Bruges in the now no longer existing gallery 'De Witte Beer'. The artist was still unknown, and at the beginning of his career, but was fiercely defended by the now deceased gallery owner. It was many years ago but I still remember it well.
I remember the massive form and the aura of introspection, the silence that radiated from it. His sculptures are different now, but in its depths that same artist slumbered.

Johan Tahon's sculptures unite the religious and the profane. Religious in the sense of connectedness, from the Latin word 'religare', to connect. They are connected to the earth, to that from which we were created. They touch the deeply human and at the same time are tangible and close to us. They are still introspective and nevertheless explore space. Visibly constructed, they are never a copy of reality as we know it and yet they show us reality, the reality of being. Matter is never concealed, it is only accentuated. The material that this artist mainly works with is plaster and clay - can you be any closer to the earth?

The sculptures almost always have a vertical element, they reach for the sky away from the earth but they don't do it in a dramatic way. There is no pathos in the creatures Tahon shows us, quite the contrary. They radiate a form of resignation, an acceptance of human existence, the poetic embodiment of “it is what it is”.

The creations of this artist are on the one hand shrouded in mystery and do not reveal their secrets to us. On the other hand they allow us to recognize much of ourselves in them. Getting to know ourselves, what a merit, they are like the intermediaries between men and the gods, us and the universe. They require our silent attention and contemplation and then provide some enlightenment as to the path we should take. They incite us to turn our gaze inward, away from the outward show.

The works on exhibition were created in the church, and studio, of Rozebeke in the Zwalm region. They are the very embodiment of what is stated above.

Tahon's drawings are of the same order and show us, with a minimum of means, a universe in which we can wander and stand still, standing still like the images themselves. 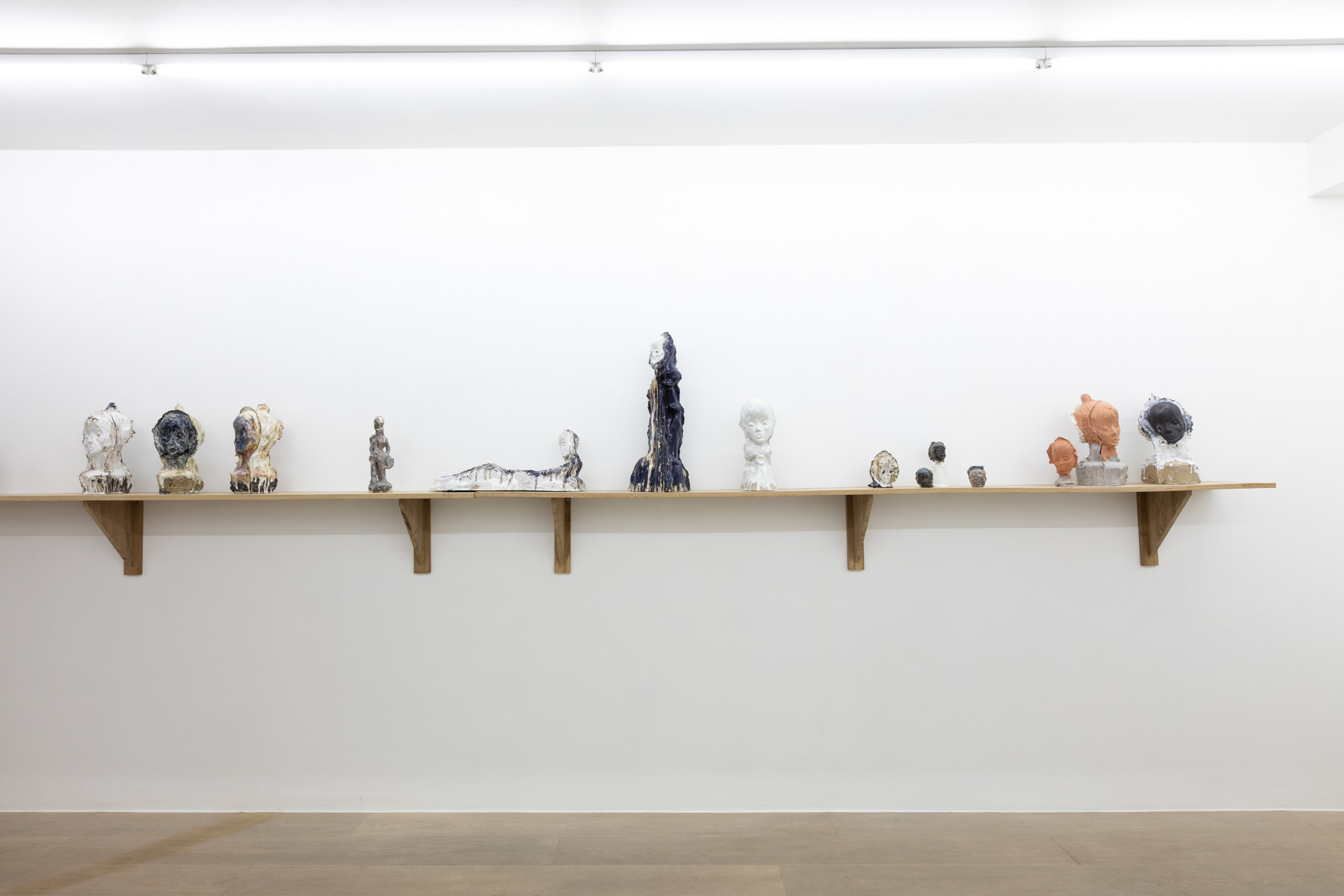 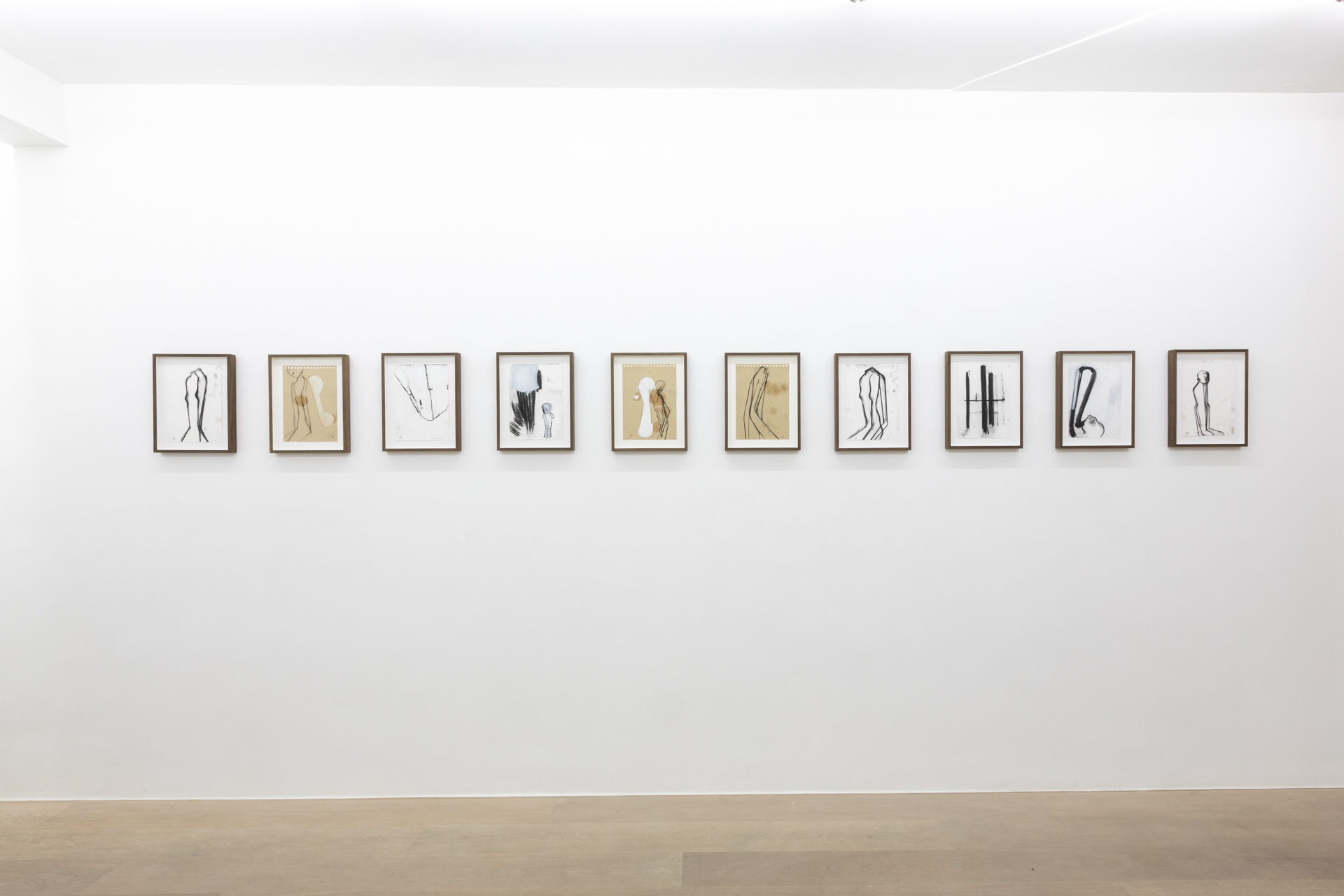 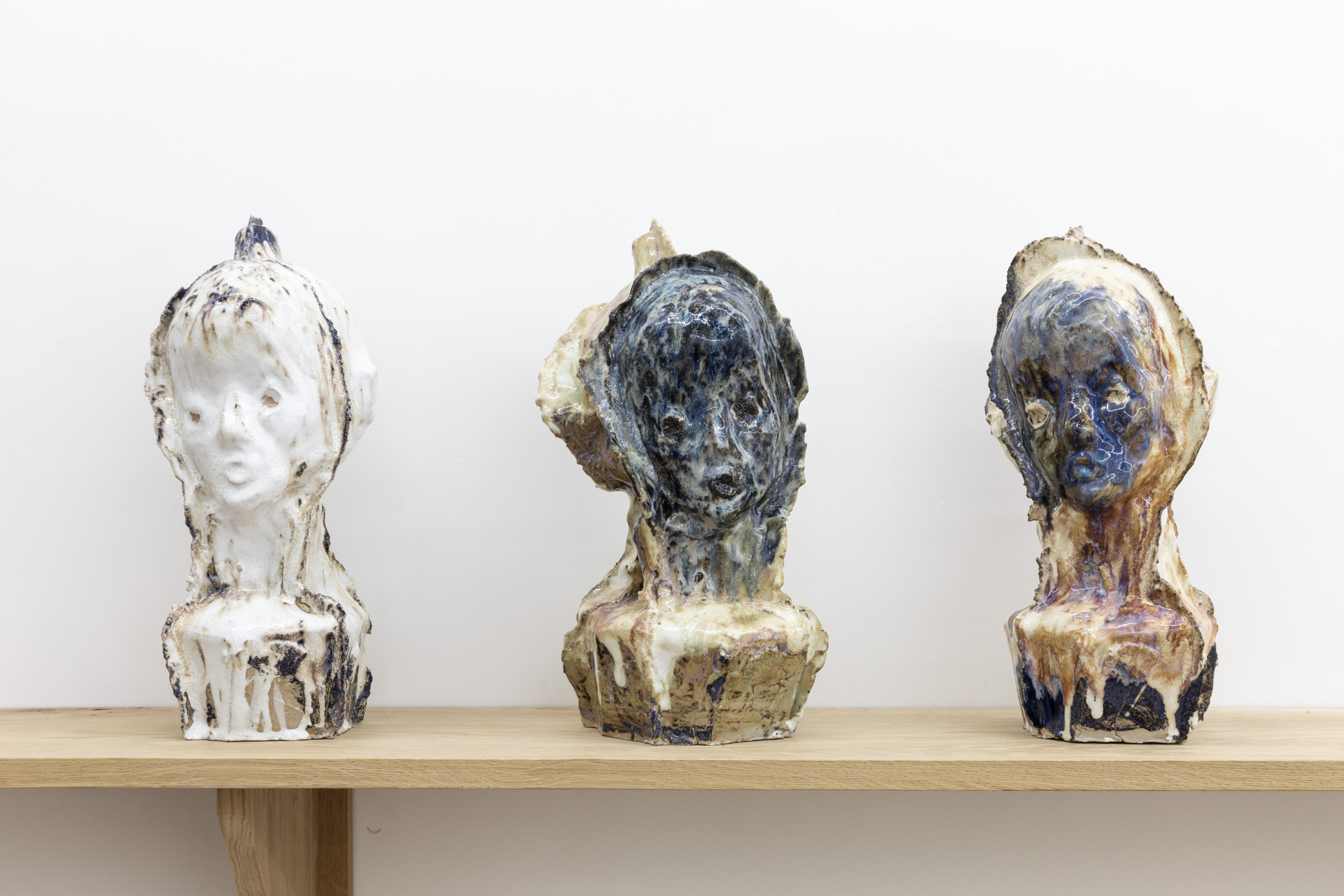 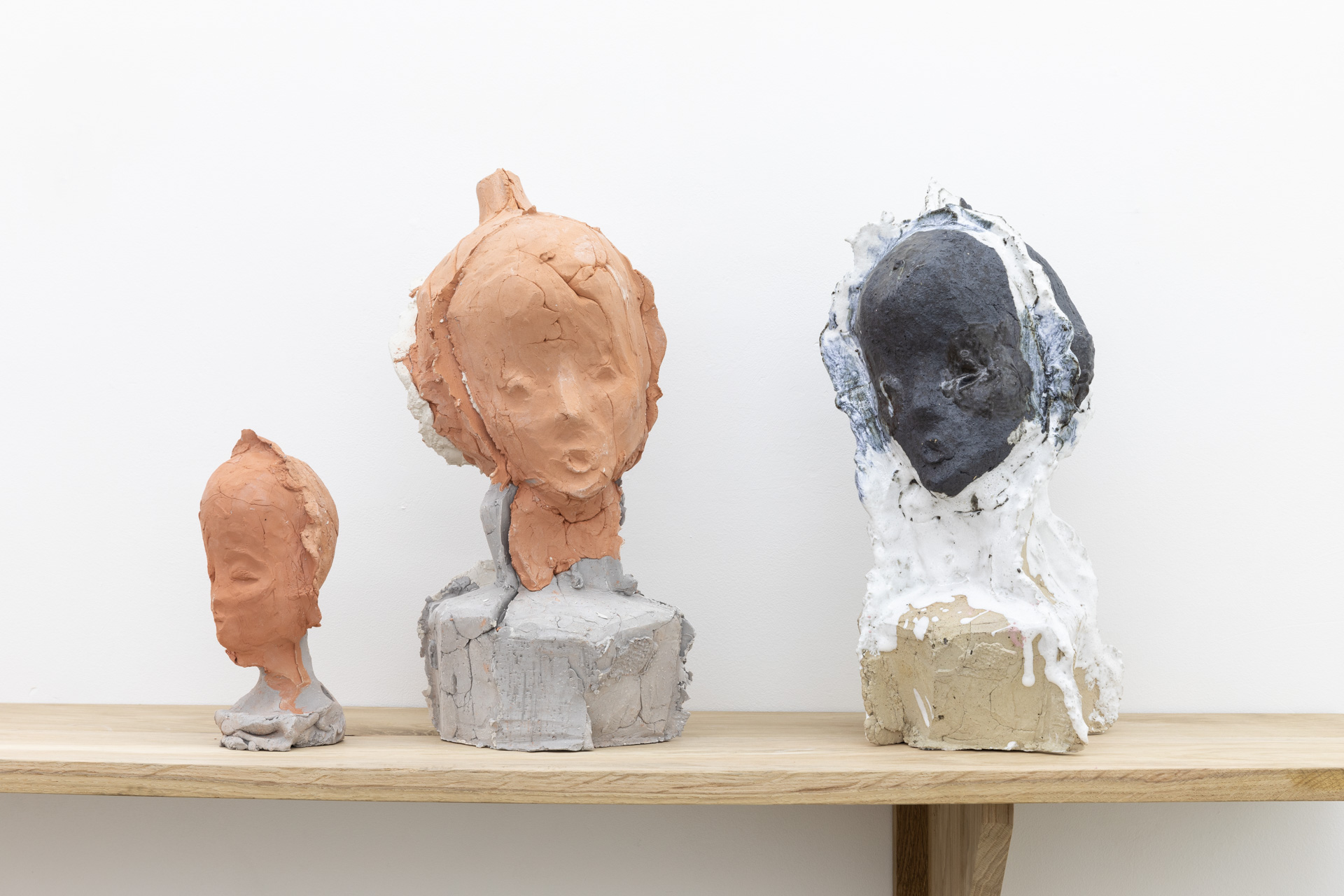 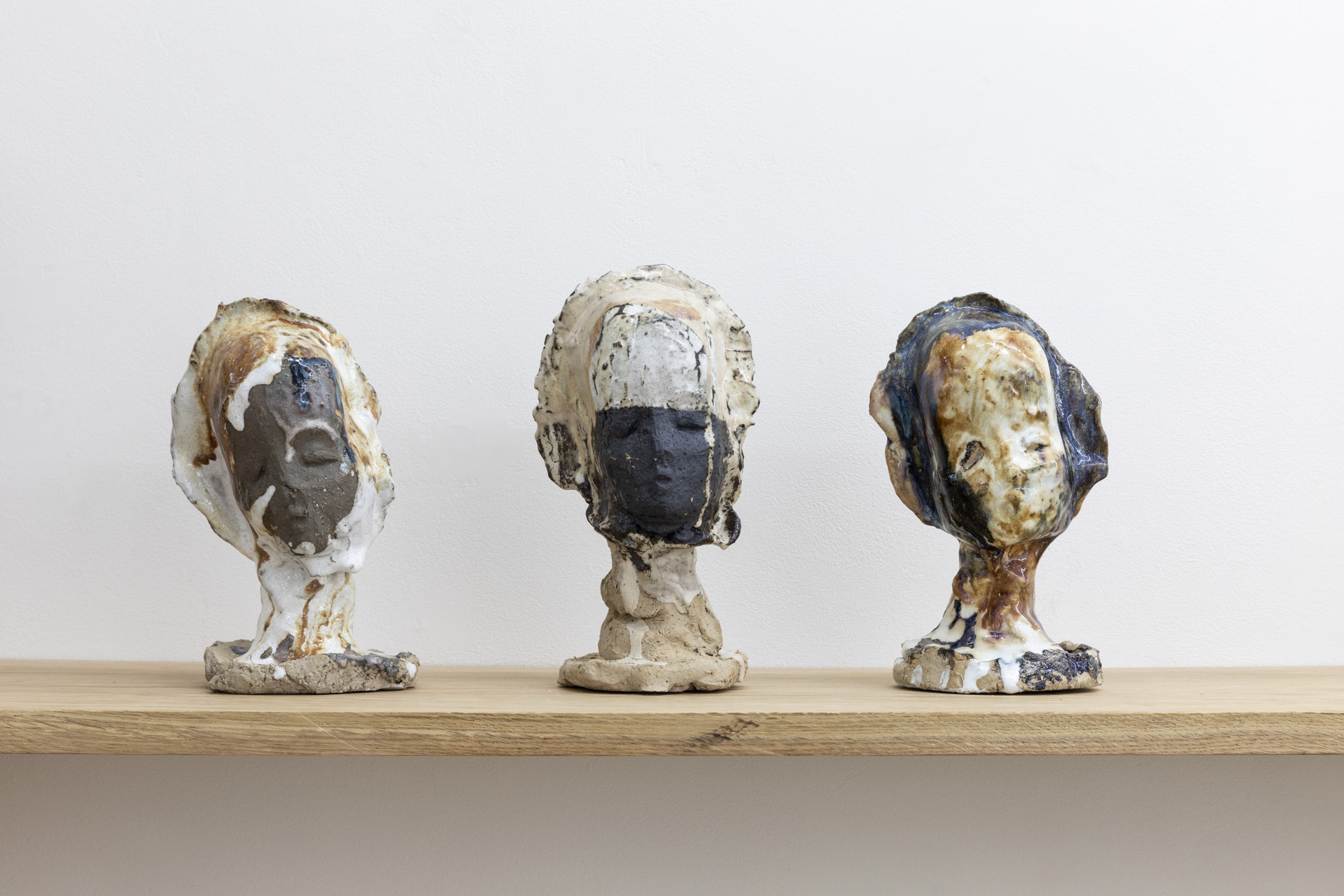