Read more
Pjeroo Roobjee (°1945) is a versatile visual and literary artist. He works as a painter, draftsman, engraver, author, actor, conversationalist, stage designer, entertainer and singer. Visually and aurally, he creates his own ironic and absurd world where humour, sadness and astringency reinforce each other.
His paintings tell stories about man’s morbid desire for power, gratification and destruction. This is a desire that is never satisfied and endlessly keeps generating itself. The predominantly large canvases resemble monumental comics, with busy fragments and rhythmic, pointillist sections.

Roobjee studied painting and engraving at the Royal Academy in Ghent, Belgium and also in the preparatory department of the Royal Academy in Amsterdam, the Netherlands. Both his visual and his literary work have been awarded. He was, amongst many other distinctions, awarded with distinction for the Prize for the Young Painting. He received the Louis Paul Boon-Prize (1994), the Ark Prize of Free Speech (1998) and he won the culture prize for Ghent, Belgium (2004). In addition, he represented Belgium at major art events such as the Biennales of Sao Paulo (1971) and Venice (1980). 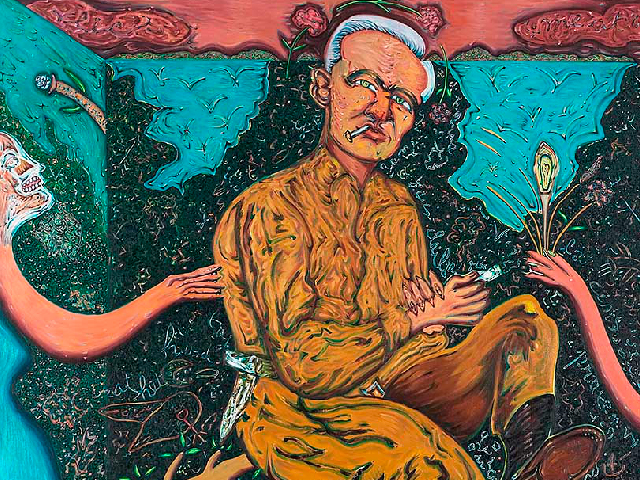 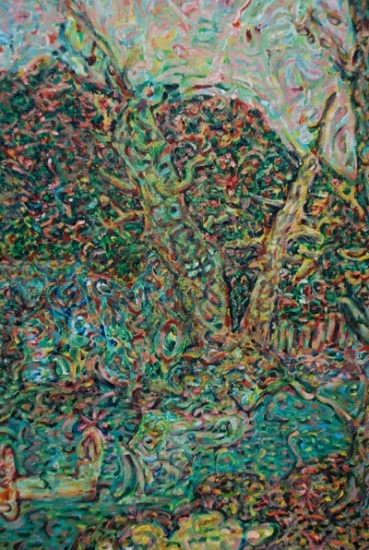 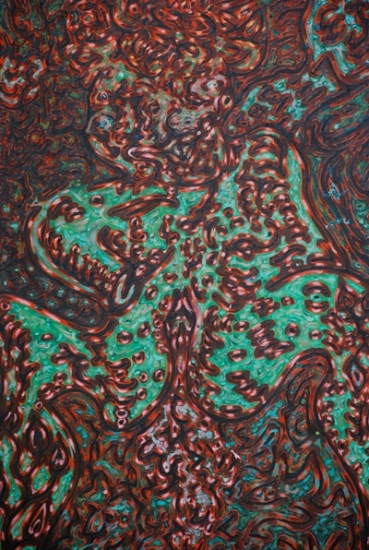 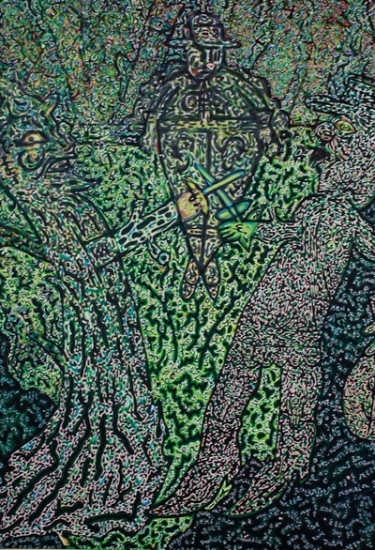 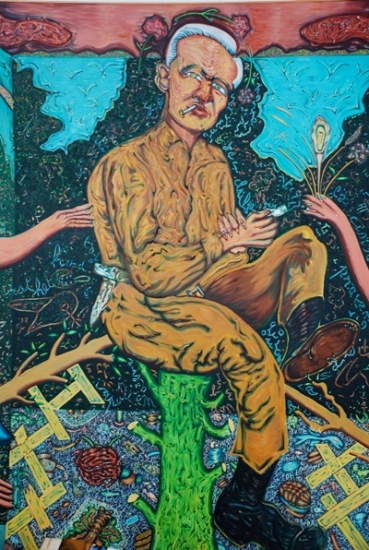 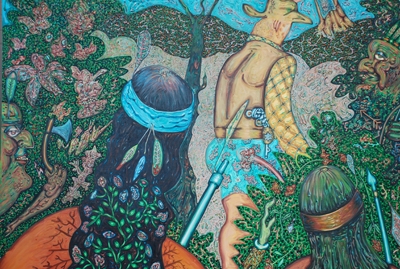 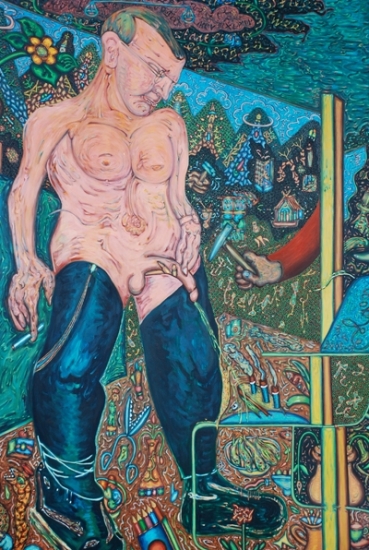 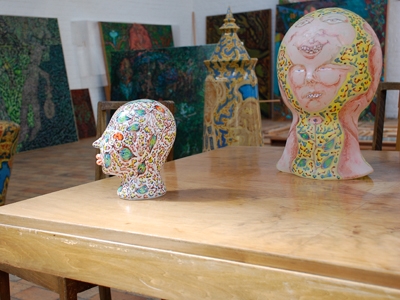 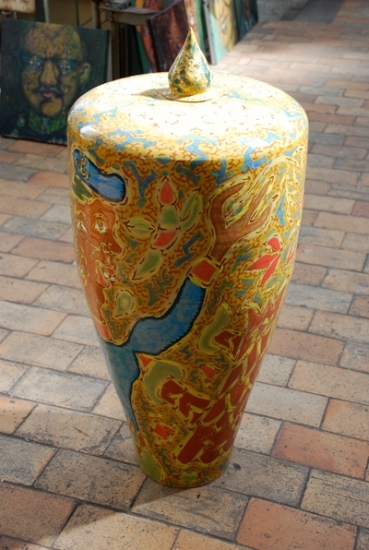 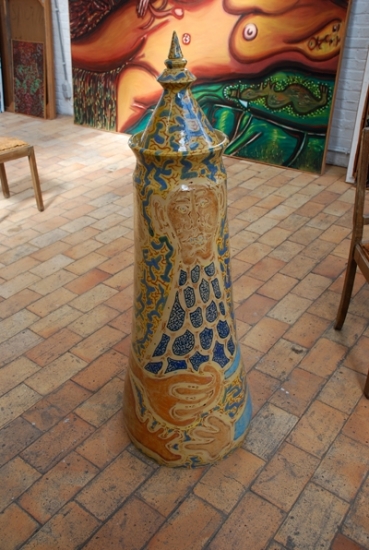