Read more
The series Cinque Terre was created after a visit in July 2009 to Cinque Terre, five villages in the rocky coastal area on the Riviera di Levante in Liguria, Italy. The villages there are clinging to vertiginous cliffs. The brightly colored houses have facades in yellow, orange, pink and red tones that contrast with the green of their shutters. The contrast of the pink and orange facades with the clear azure sky enhances the color perception. This game of complementary colors fascinated the artist. 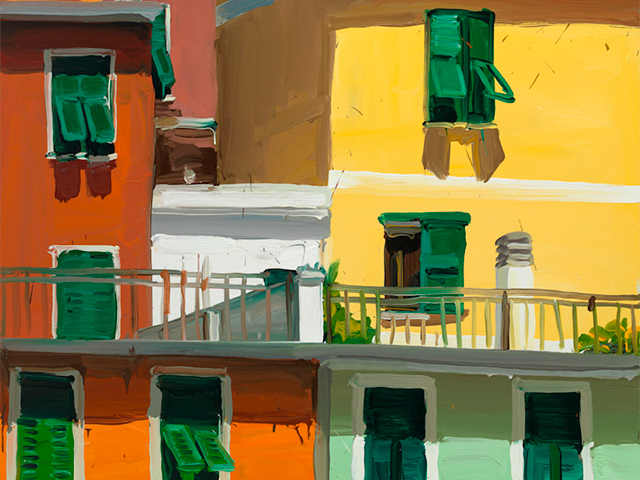 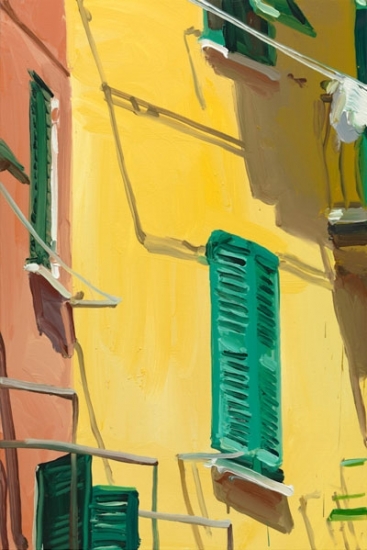 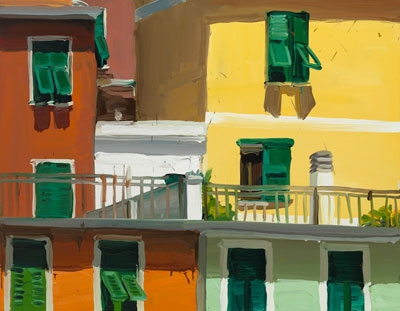 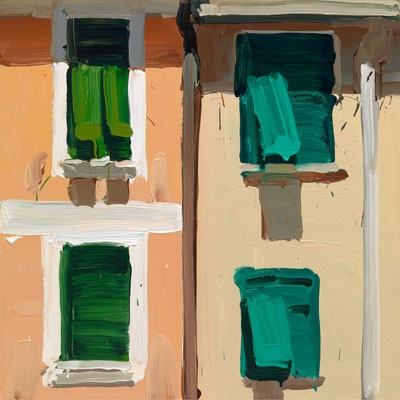 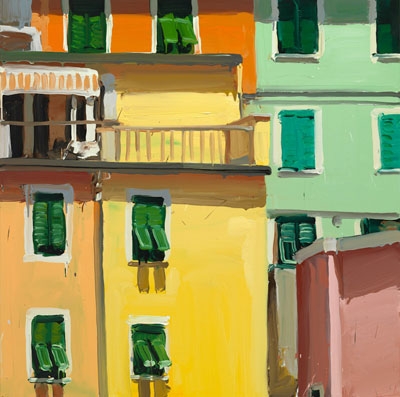 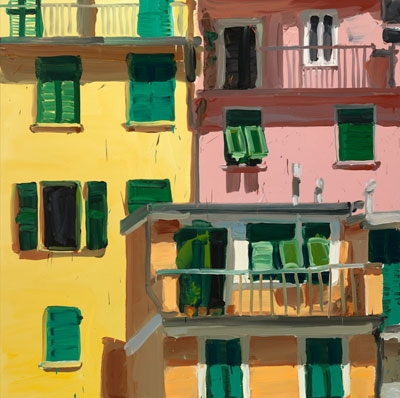 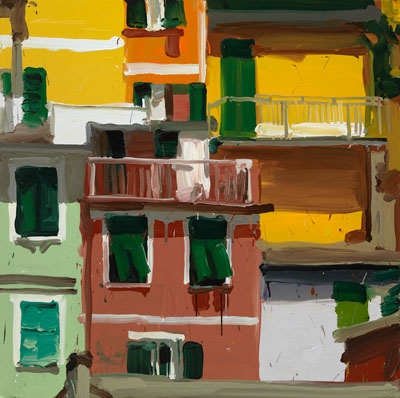 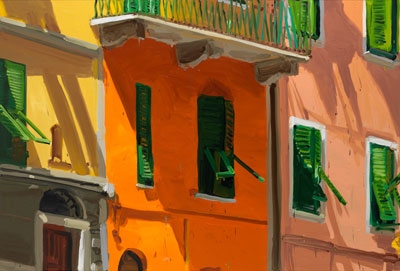 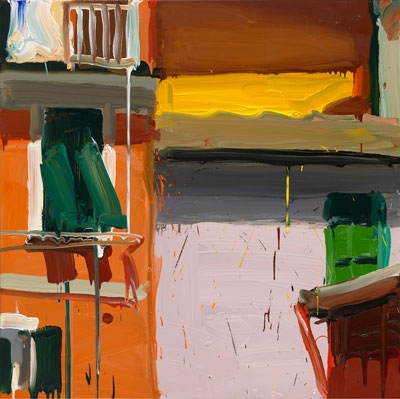