Read more
This series of paintings by Jan De Vliegher is inspired by the classical marble busts of the Capitoline Museums in Rome. The series came after a visit from the artist to the Palazzo Nuovo in Rome. The clear design of the rooms by Michelangelo and the presentation of the works in large, well-organized groups struck the artist and gave rise to a new investigation into the art of presentation. 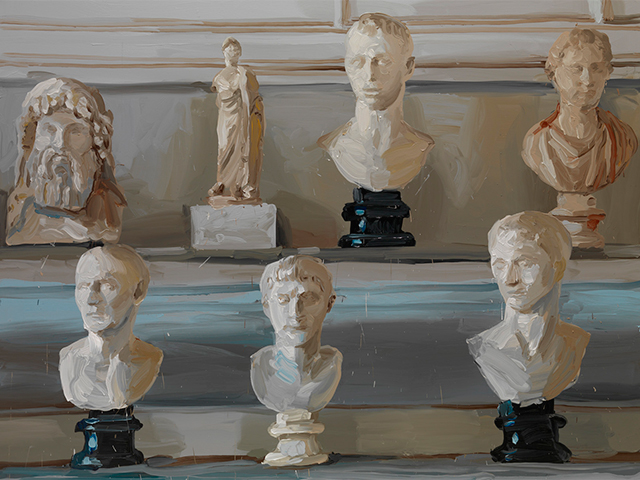 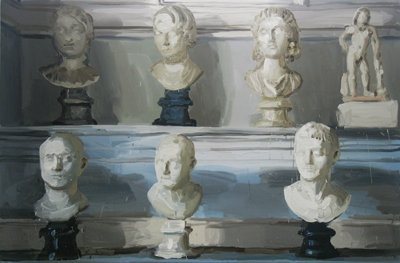 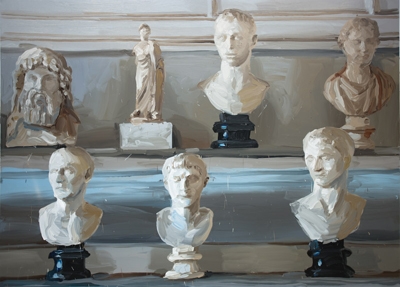 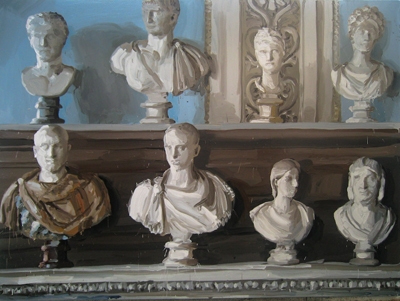 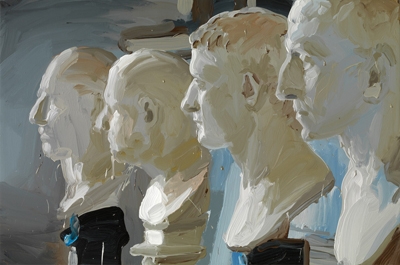 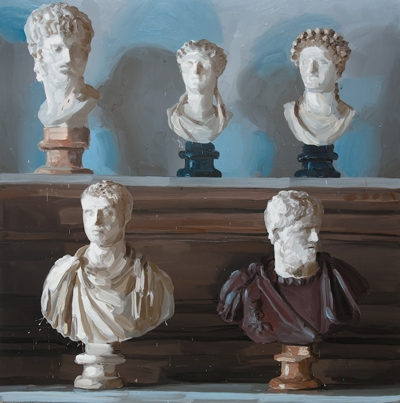 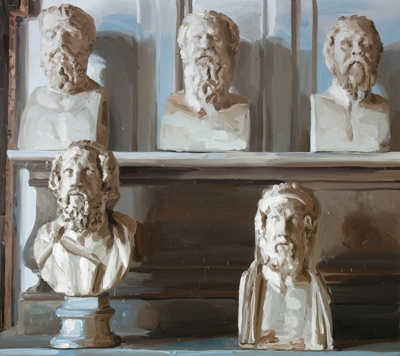 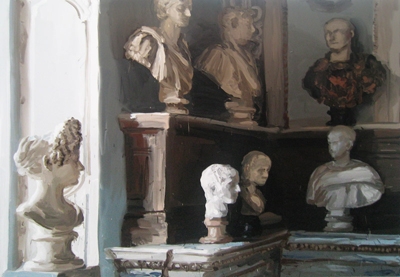