Read more
It's cute, the colors are soft, the puppets are lovely, the clowns are fun. It's small, made to fit the gallery. It's a shit show that follows a shit year of shit restrictions and shit frustrations and a shit decade of shit inequality, with a shit climate and shit politics. It comes about a year after Eat Shit, Watch Crap at Huis den Uil in Temse; about twenty years after The Dollhouse at the Charlier Museum in Brussels. After everything in between. And just like then, Christophe Coppens shows himself to be a seducer and an illusionist. Pay close attention. Look at the details behind the image. Don't be fooled by what shines. Christophe Coppens is - still is - a sponge. He sucks in events and pushes them out again in a different way. Shitshow, indeed.

The exhibition consists of two parts. Inside, the works themselves consist of several parts. And always those parts form a different unity. It is a show of fragments. On one side there are the sculptures, on the other a series of drawings and paintings. Each part, each piece, each fragment, with its own references.

A leg (which is already part of a unity) is reminiscent of Gulliver's travels. The worn lacquered shoe (from the artist's wardrobe) on the leg is his boat. Puppets claw like Lilliputians at the pants (from the same wardrobe, they are his work pants). Together they form a tableau of doom and gloom, of desires that come as fears, of what touches the artist and what concerns him. You don't know who wants to escape from whom (or what). Those of us who were there twenty years ago think of the scenes in those many rooms of those puppet’s houses on high bucking legs in The Dollhouse.

A formation of puppets becomes a mask. It looks like a group of paratroopers in free fall. From heaven to hell. The nose is an arse. The pupils are heads. You can hear echoes of Rodin's Hell Gate in their jump. A scene like a comedy - a divine one, as with Dante.

The paintings and drawings on the wall are a pendant for the leg and the two heads in the same room (and by the way, for those who like to put the parts together here as well: what is a leg with two heads other than a monster). It is a facet (that too is a part) of Christophe Coppens' work that has remained rather hidden until now. Drawing and painting he has always done, but mostly as a preparation for work. This is how he still does it today for his opera productions, for example. Here is that work as part of a larger series. Christophe Coppens develops a technique all of his own. He paints with acrylic ink and acrylic paint one image on paper and another on plastic. The gloss is created by drying the paintings pressed together. The image grows by repeating that process several times - layer upon layer upon layer. At the same time, that primitive printing technique also creates a double work in which it is never clear what is original and what is print.

Moodswings or Mindsets he calls those double prints in this little shit show that follows that endless shit year. We recognize symbols from earlier work: bassins, funnels, passages, figures. They channel the painter's energy. They capture it in mystical capsules. They give another view of this human comedy. A new gateway to another reality.

Christophe Coppens (born 1969) is a Belgian artist and opera director.
After studying theater, he worked for 21 years on the border of fashion, design and art, before focusing exclusively on his art practice from 2014.
He has directed two operas at La Monnaie and is currently working on a third.
His work is included in permanent collections of the Museum Boijmans Van Beuningen, Rotterdam and several private collections in Belgium, France, NYC and Los Angeles, among others. After 5 years in Los Angeles, CC currently lives and works in Belgium and Spain. 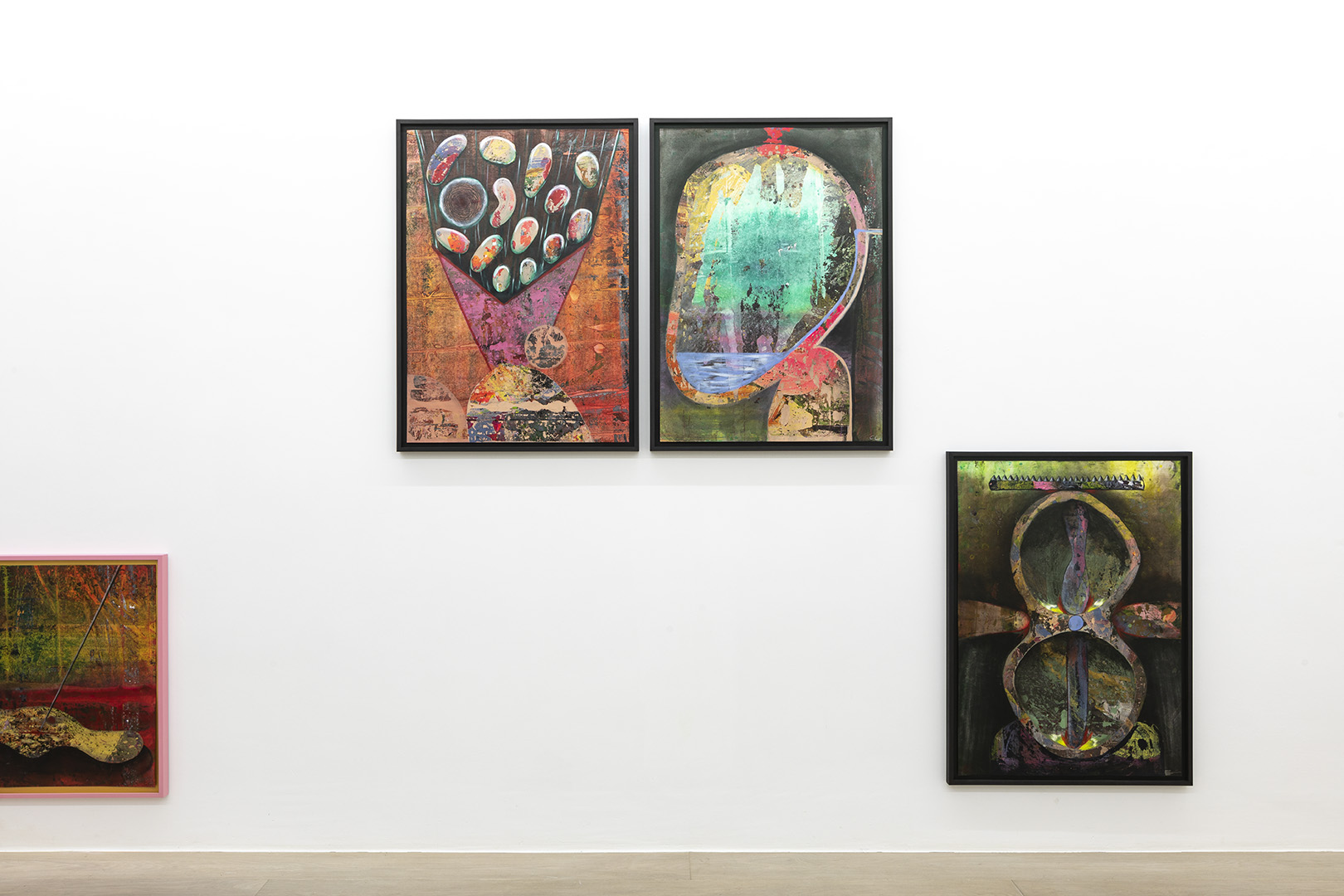 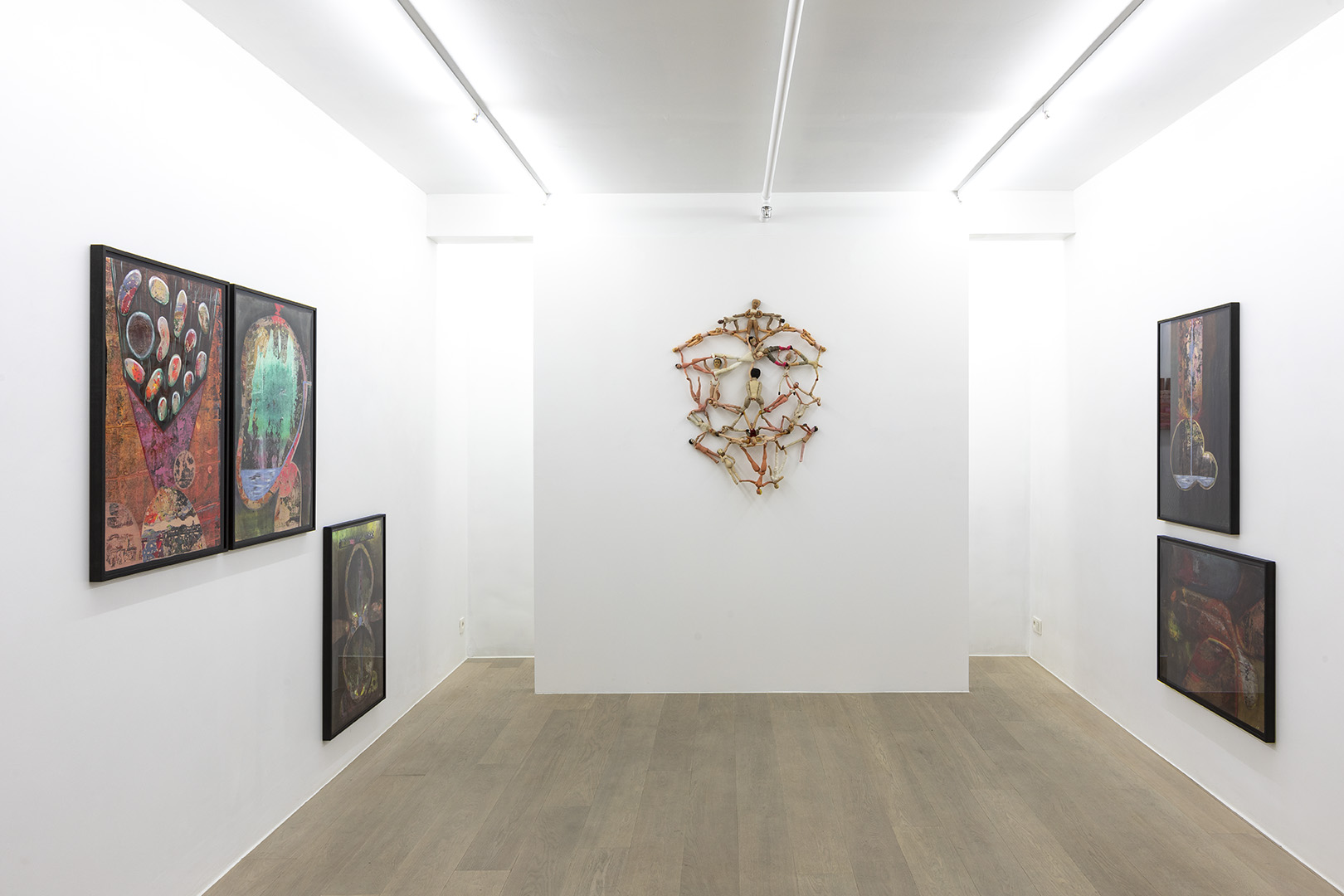 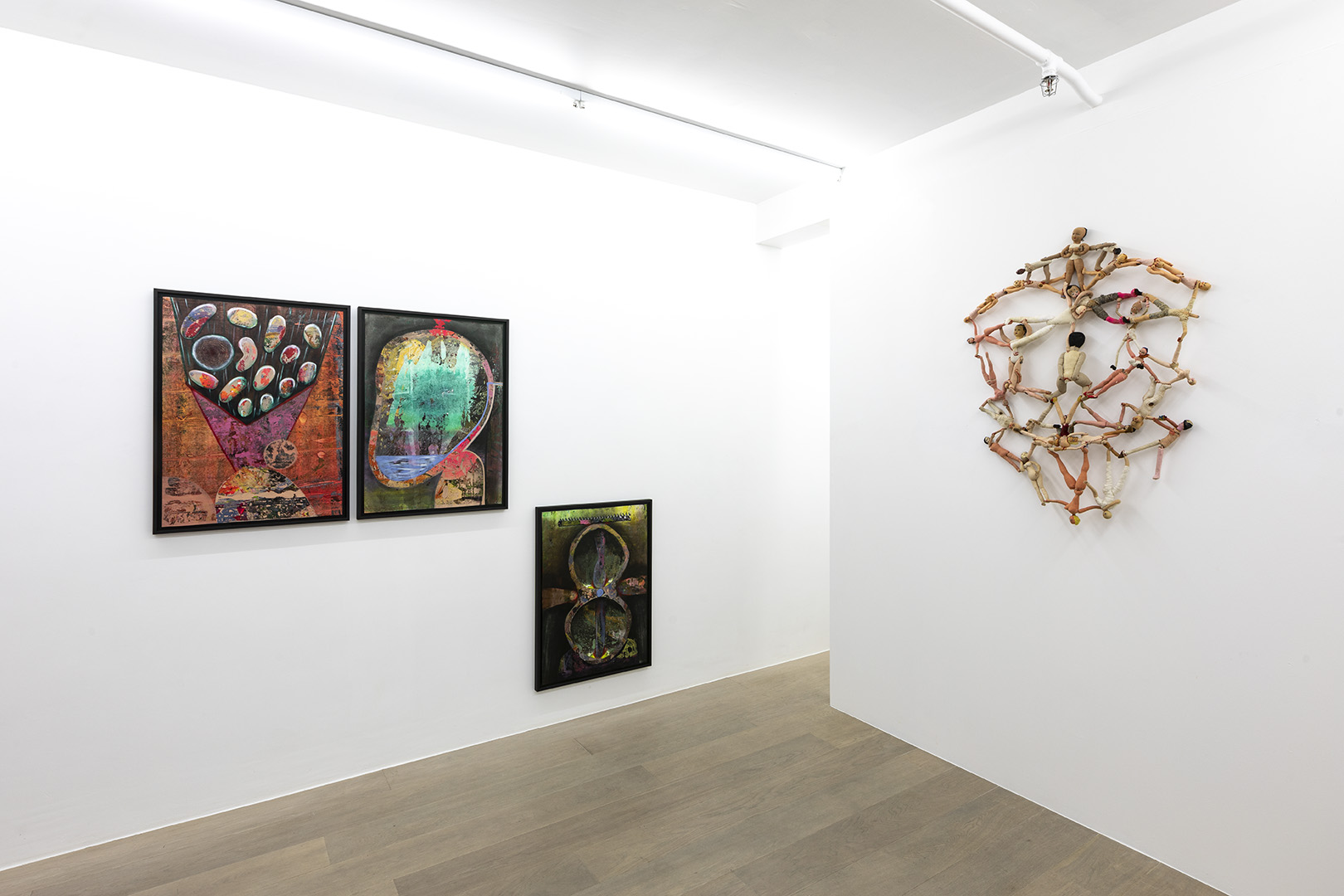 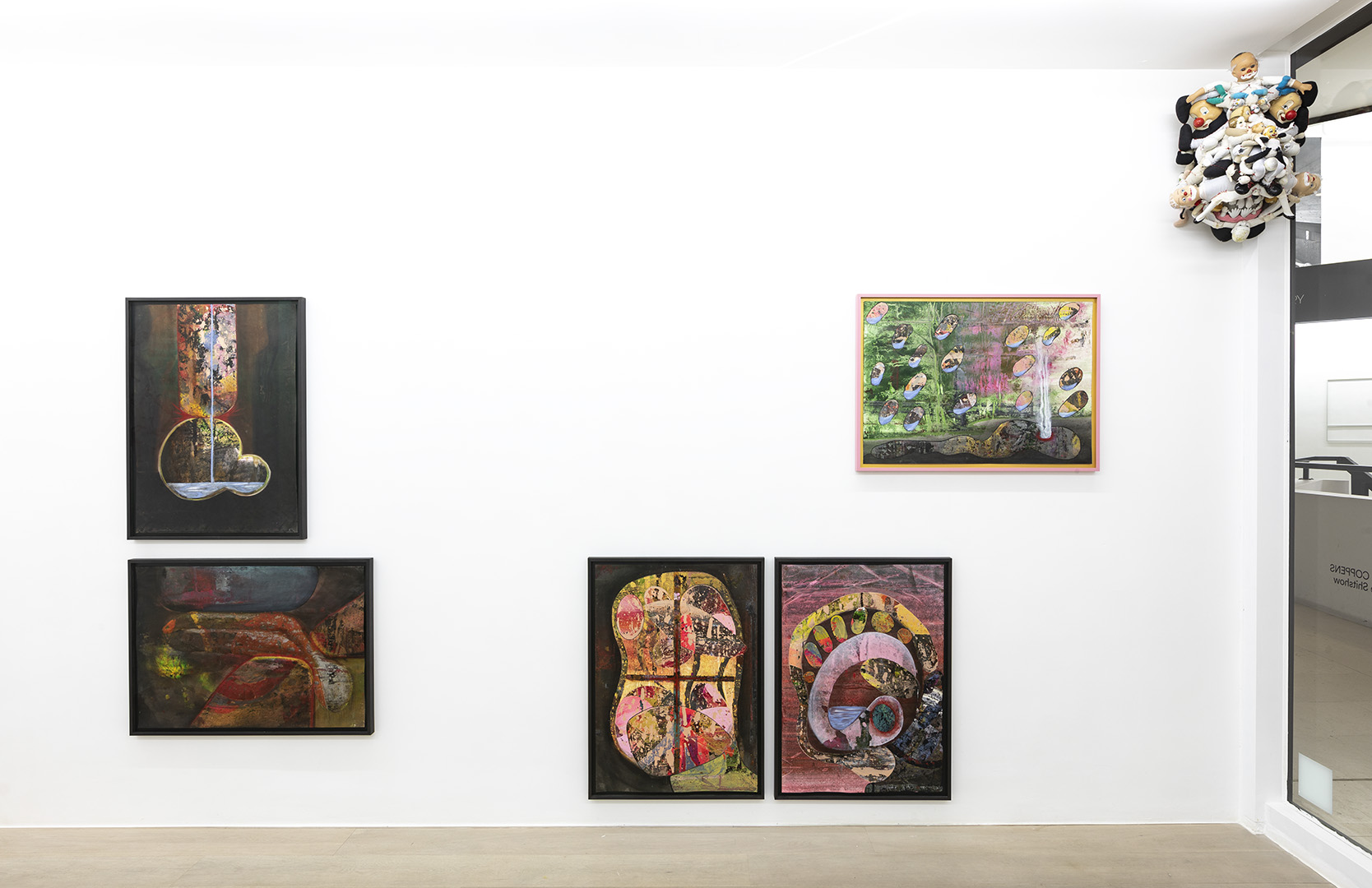 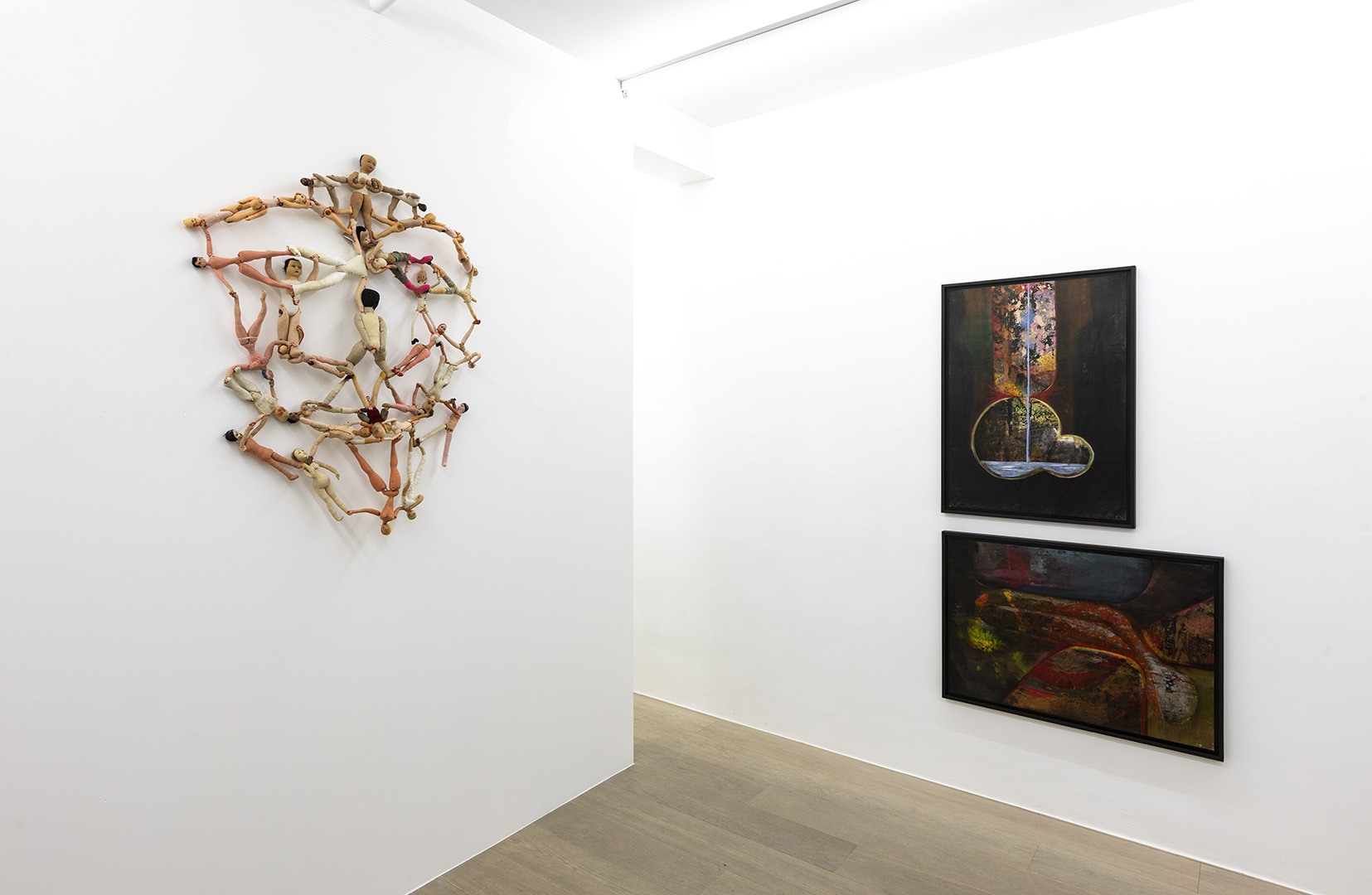 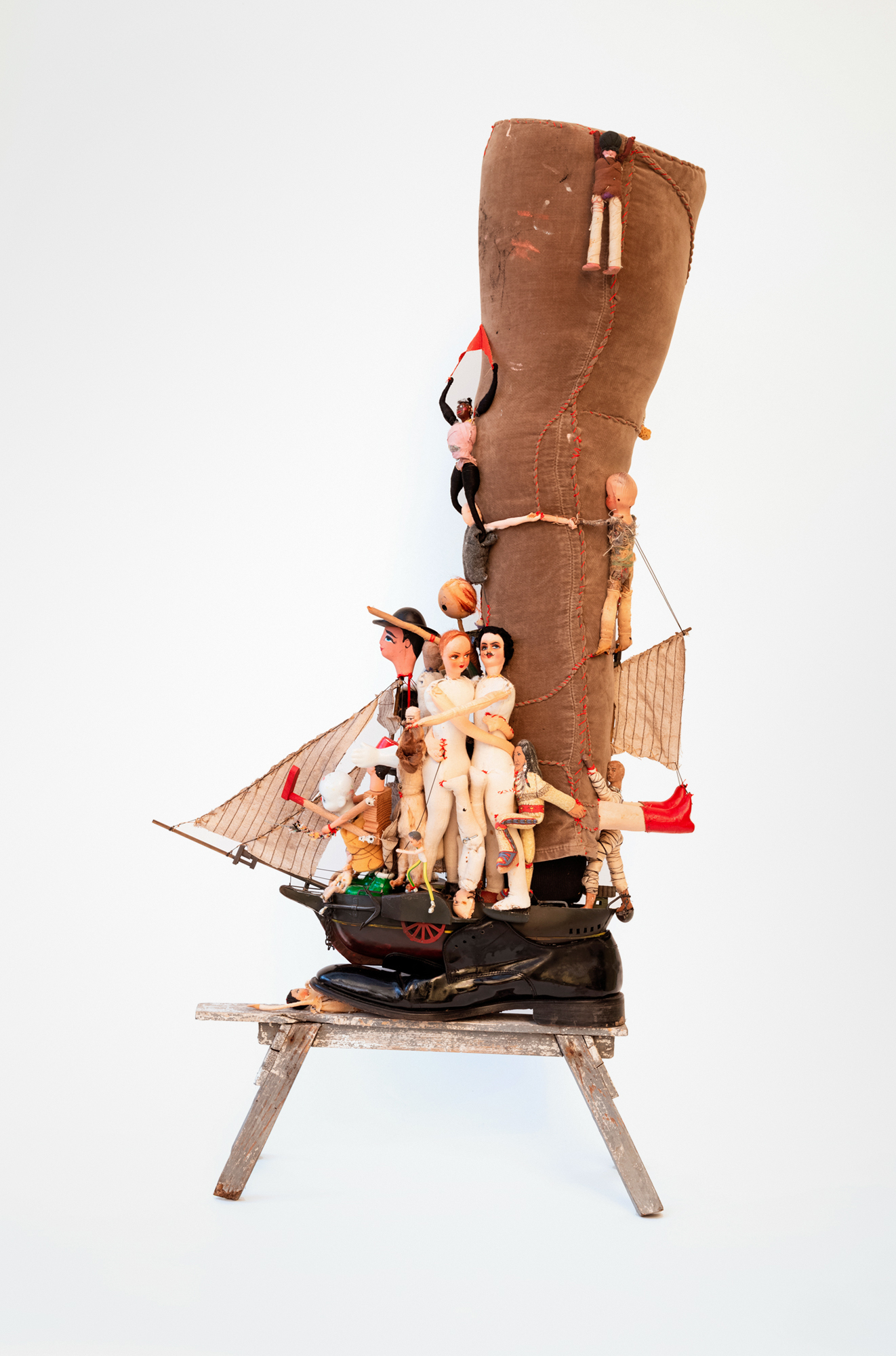 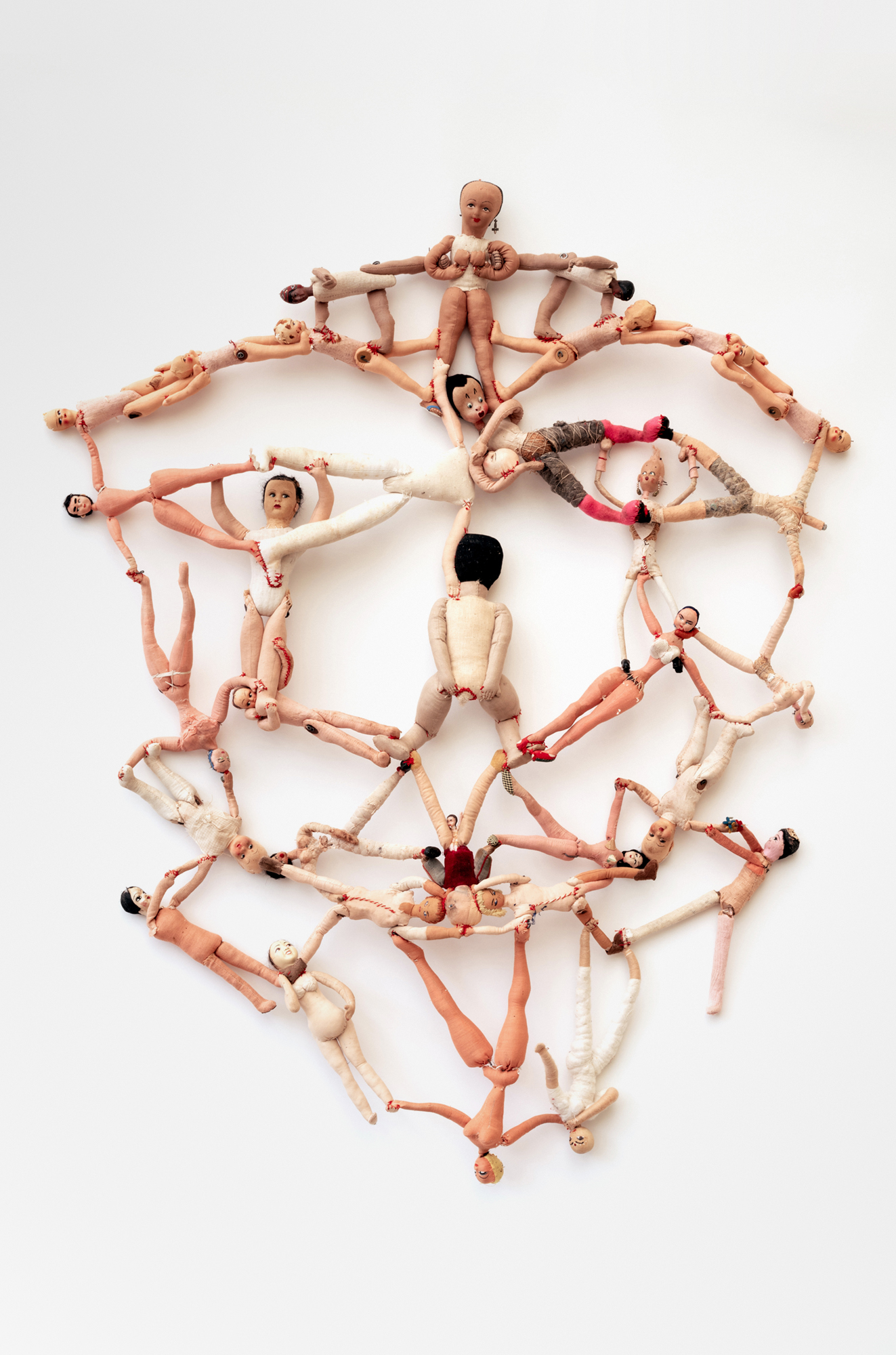 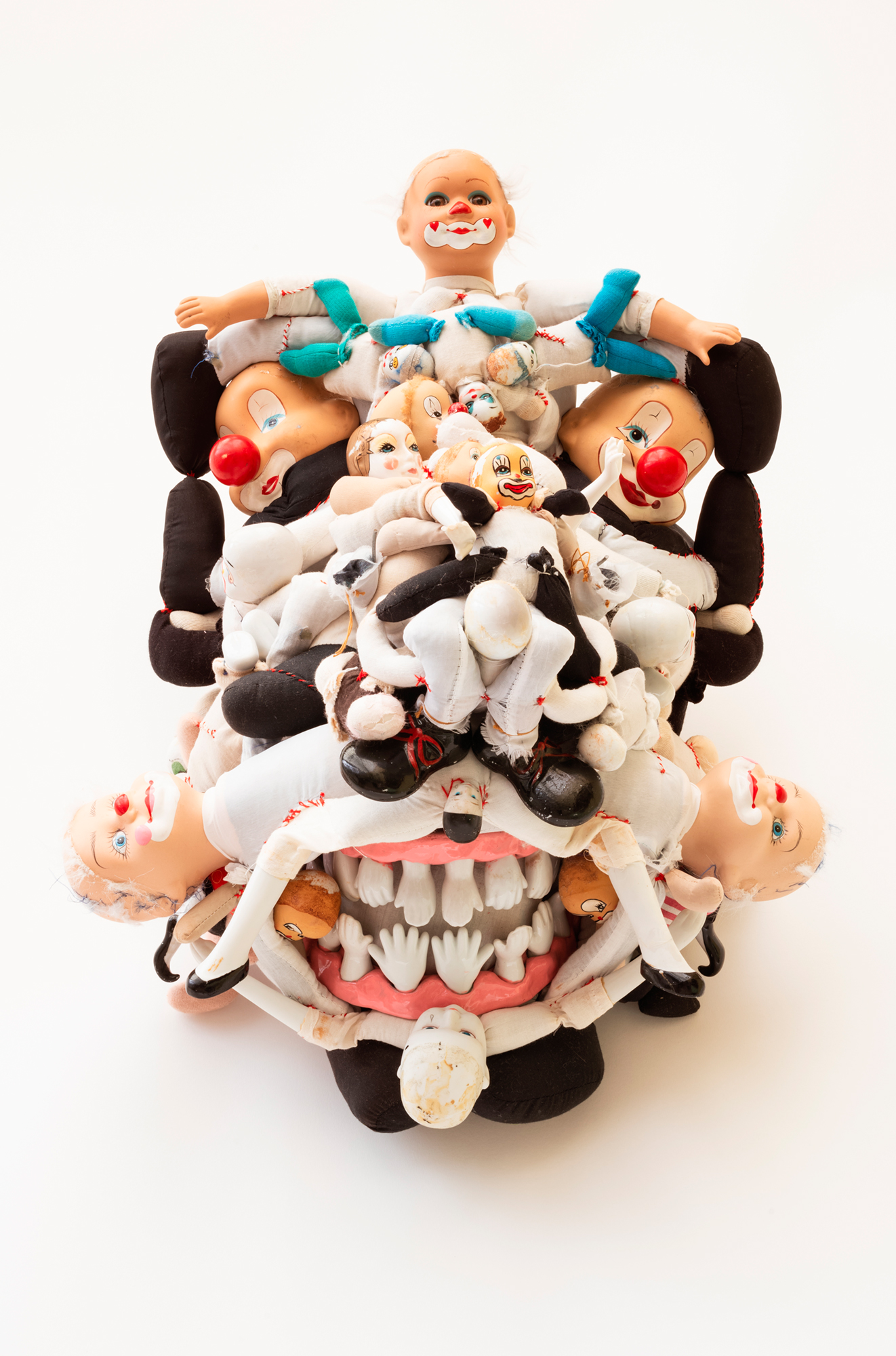 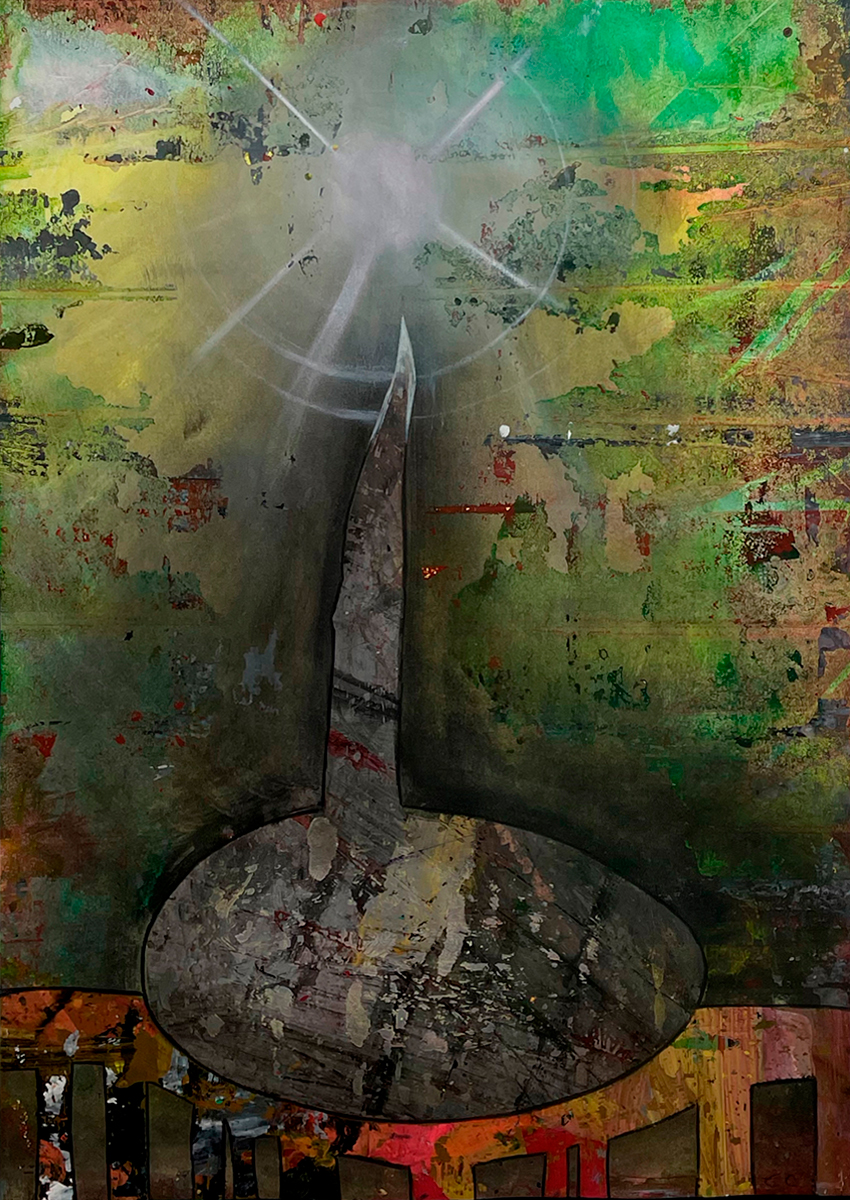 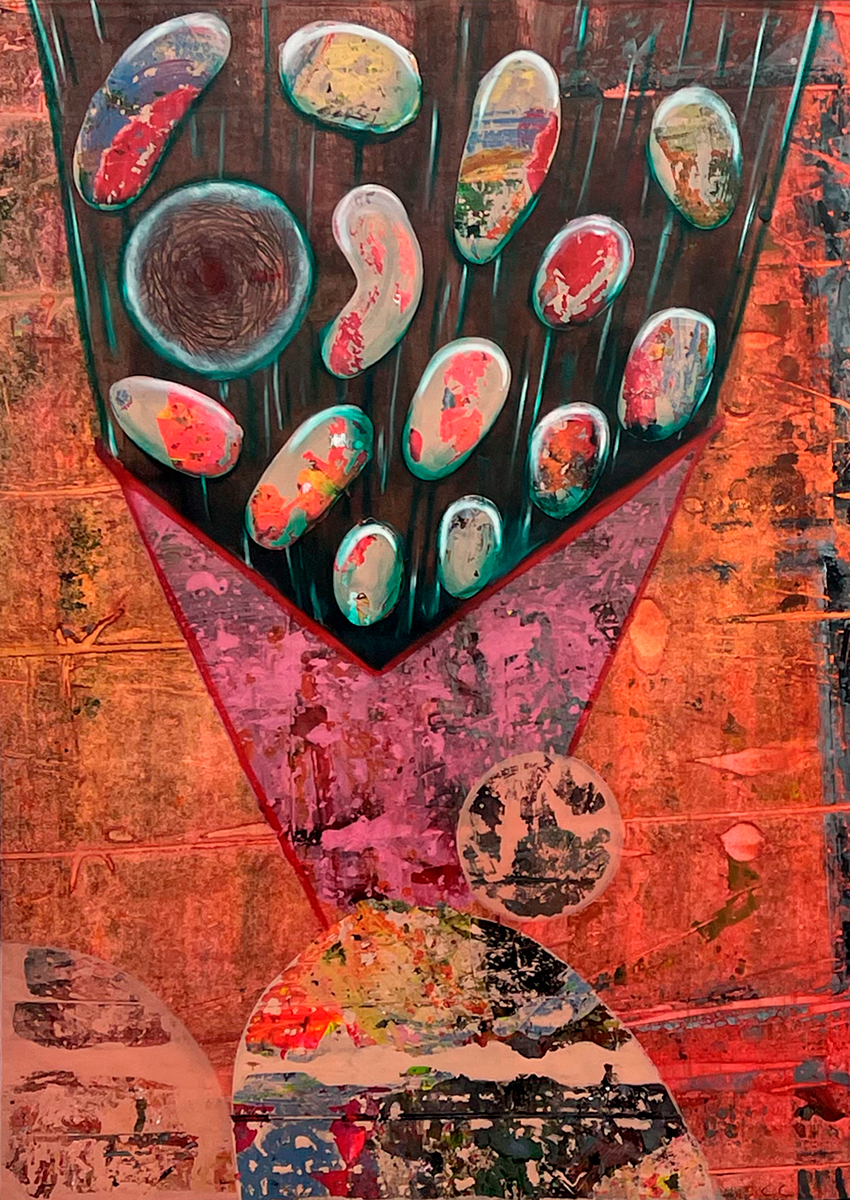 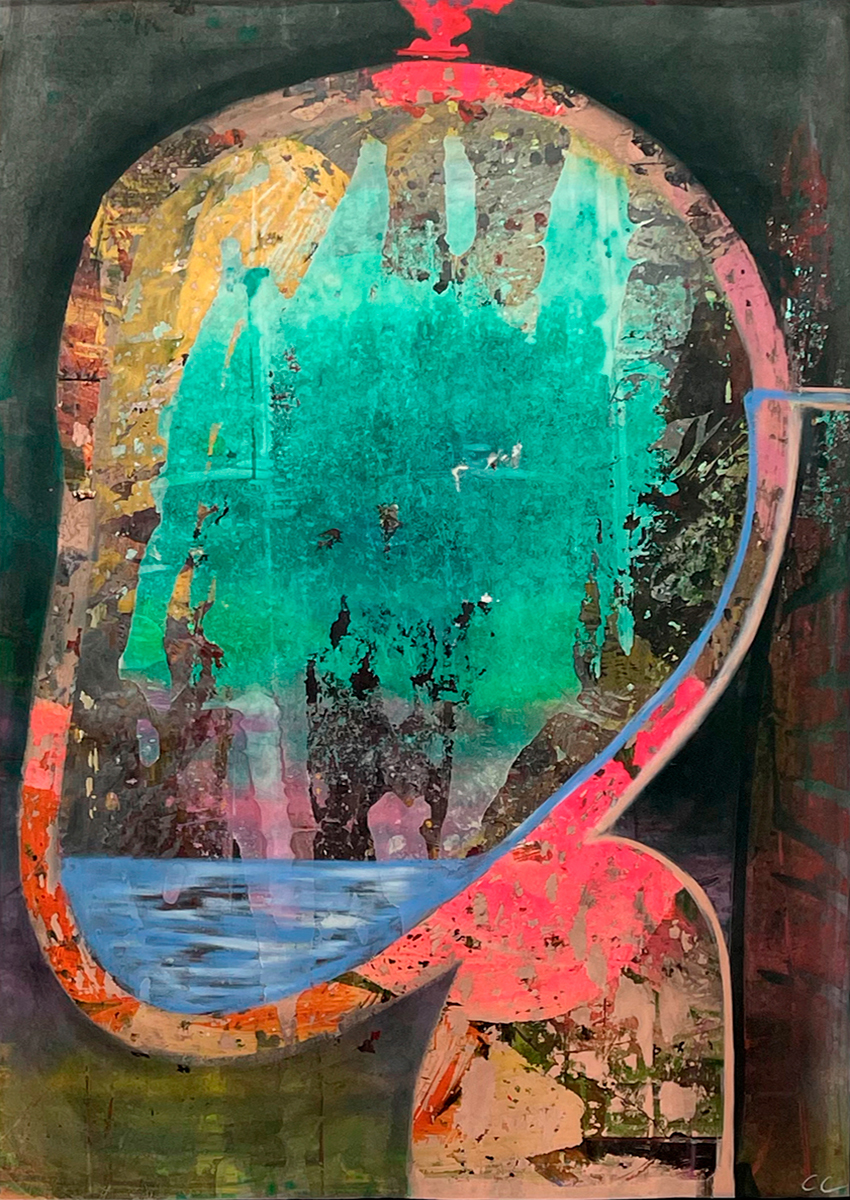 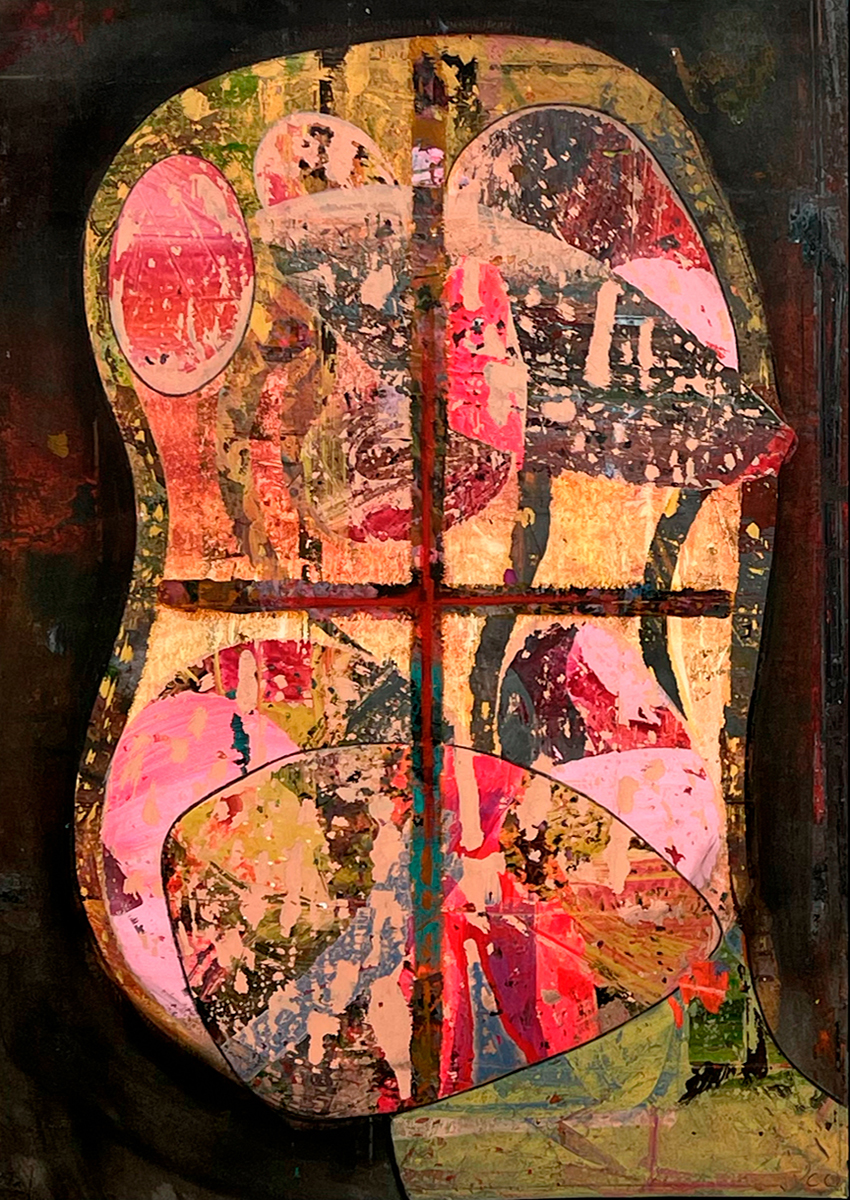