Philippe Vandenberg (Ghent, 1952 - Brussels, 2009) was a foremost Belgian painter whose oeuvre presented a series of radical stylistic and thematic shifts, reflecting both a personal trajectory and responses to varying socio-cultural changes. He cultivated an explicitly nomadic philosophy, establishing an image of the artist as a restless drifter defined by the most sweeping existential choices. For Vandenberg, each new image demanded the destruction of the previous one, the ultimate consequence of his self-declared “kamikaze” attitude, an approach that explains the many breaks in his oeuvre as well as important recurrent themes of mobility and movement. Central to his vision was the need to turn matter into spirit and paint into light, to transform personal anecdotes into a painterly reality. This notion was exemplified by the artist’s gradual process of interiorization, the conscious abandoning of virtuosity and material ballast in favor of sobriety and fragility. Thematically, Philippe Vandenberg combined a highly personal mythology and subject matter with a heightened sensibility for urgent societal themes, employing a number of recurring visual motifs throughout his career. (Niels Van Tomme) 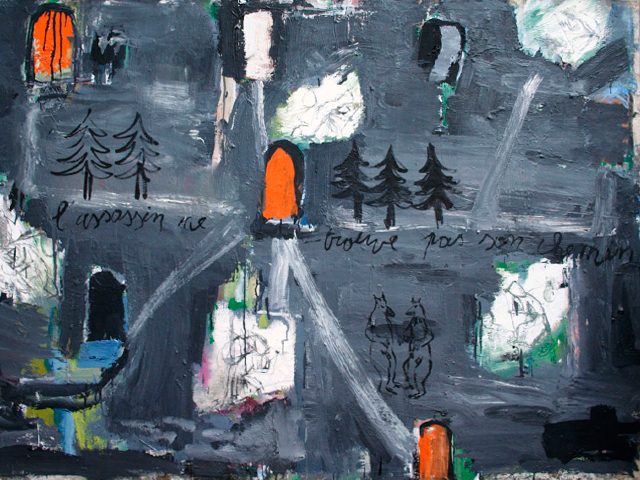