Mieke Teirlinck (Bruges, °1959) was an art school student, but only started painting in 1992 when she and her husband returned from a stay in Suriname and French Guiana. Slowly but steadily she became a painter with an impressive vision. In 2001 Teirlinck debuted in the Bogaerdenkapel in Bruges.

Fragility is the central theme in the works of Teirlinck. The fragility of the light she seeks again and again, but also the fragility of the subjects she chooses. Her work is very diverse: landscapes, still lifes, portraits, nudes. But the fragility in all its meanings remains the key. Teirlinck paints by observation, with living models and no photographs. She refuses the straitjacket of a framework for her canvases and lets the painting extend to the edges so that the fabric stays naked and vulnerable.

Mieke Teirlinck’s theme of fragility refers to more than the merely physical or mental. Besides a series of portraits for Bruges as a European Culture Capital (2002), a series of nudes for the exhibition Corpus in Bruges (2005 ) and an impressive series of portraits of mental patients (2007) she also paints still lifes in which she captures the impressions of light with broad brushstrokes. Her touch is clearly visible: she paints wet-on-wet with oil and mixes her colors on the canvas itself, which allows for wonderful transitions. 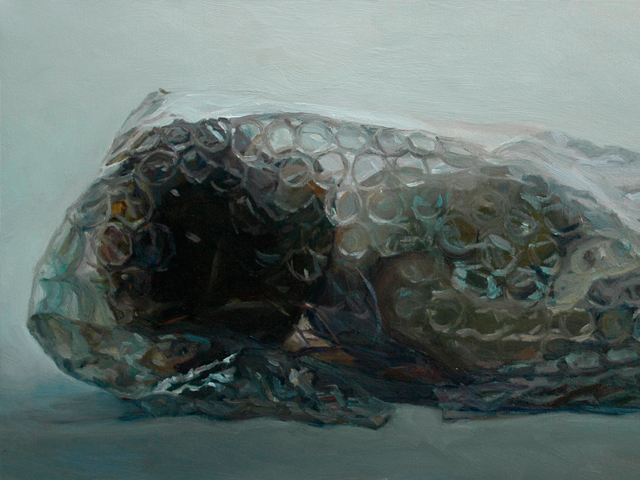