Koen Broucke is two people in one: he is an artist and historian. By means of these passions, he creates work composed of fabricated documentaries of fictitious characters and visual arts. For instance, Broucke created Leslie Francois as a passionate musician who imitates Listz, Achille Kerkhaven as an amateur painter and contractor of the caves of the Virgin Mary, Oscar Mozart as a botanist who makes botanical illustrations, Francis Lennos as a historical painter, Alain Gerilandt who only paints priests, Peggy Renault as his personal rebellious assistant and Edouard Paille as a painter whose genre is taxideric animals. By linking his characters with historical research, he pushes the boundaries of fact and fiction. Humour and irony are not far away from each other.

Broucke’s piece ‘Het kabinet van dokter Hahneman’ (The Cabinet of Dr. Hahneman) in the museum Dr. Guislain (Gent, Belgium 2006) depicts eccentric outsiders coming together as patients of psychiatrist Hahneman. Broucke illustrated, through the eyes of this fictitious doctor, the patients’ life on the basis of an extensive collection of medical records, artifacts, letters and works of art. For Broucke, these pseudo-historical topics induce the form of the painting: he translates the universe of his bizarre characters in a style that mimics his own. He tells his story using acrylic paint and graphite pencils on Japanese paper. He never begins a work on a stark white background. Instead, he prepares a warm, dark background in advance using broad brushstrokes. He then adds some shadows and light accents onto this ‘darkness’, resulting in a stunning chiaroscuro atmosphere like that of the 17th century paintings. 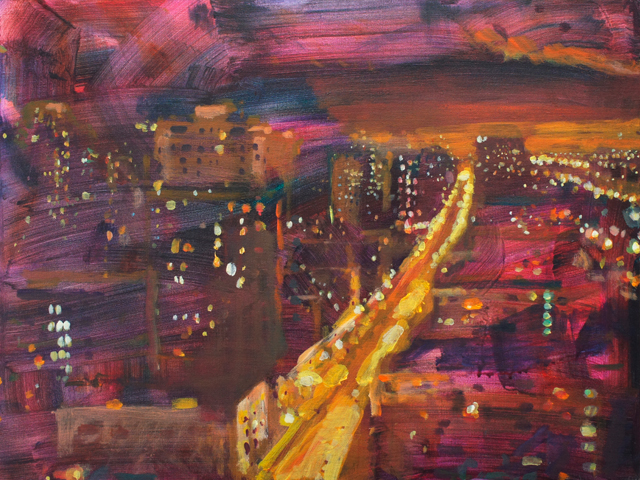