Karin Borghouts is fascinated by places. She took her first photos in the zoo — not of the animals, but of their habitats. She developed, as a result, the surprising series ‘Through the Looking Glass’. Her keen, analytical eye allows her to touch the sensitivities in the environment, interiors and buildings. Doors, windows, corridors and stairs are approached with an archetypal significance. Spatial information is no longer present but is elevated by the photo to a conscious observation field by which the poetry of human spatial action can rise to the surface. The soul of combined coincidence and human (in)ability sensitively strips the concealing veil of unconscious perception.

Karin Borghouts’ photos are situated on the edge between documentary language and inner vision. Like no other photographer, she feels the monumentality of the buildings and museums. The grandeur and vastness of the rooms that she depicts in the flat surface of the photo are fascinating. The images are a showcase full of fine, meticulous details that are captured thanks to the high-quality technology in taking the photo as well as the high-quality printing.

Karin Borghouts (°1959, Kapellen) studied painting and sculpture, and worked as a graphic designer. In 1999, she began to take photos. As a result, her work is positioned between photography and visual arts and is, simultaneously, rich with references to painting. Her highly sophisticated work can be found in the collections at the Museum of Photography and the Museum Aan De Stroom in Antwerp, Belgium. In addition, her work is featured in major European and Japanese cities and in various publications. 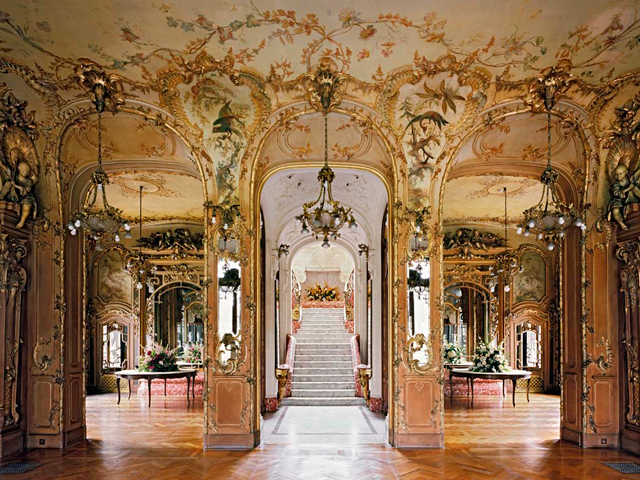