Since 1996 Johan Clarysse has been following his own track as a painter. He studied philosophy before he definitely took the path of the visual arts. Clarysse’s paintings want to ‘be enigmatic in a transparent way’. They refer to the world of film and the media, advertising techniques, scraps from songs, and philosophical questions and citations. The statute of both language and image are uncertain in his art. Whether it concerns Japanese erotic prints, film stills, procession images,  landscapes, portraits of philosophers or psychiatric patients, the painter appropriates the image in such a way that it loses its original self-evident and unambiguous meaning. Contrasts between word and image, temptation and confusion, pathos and irony, artistic image and advertising image play an intriguing game. A first monograph on his work with the title “Why October? & other questions?” is published in 2008 by publisher Ludion. Shortly there is coming a new book in collaboration with MER Paper Kunsthalle. 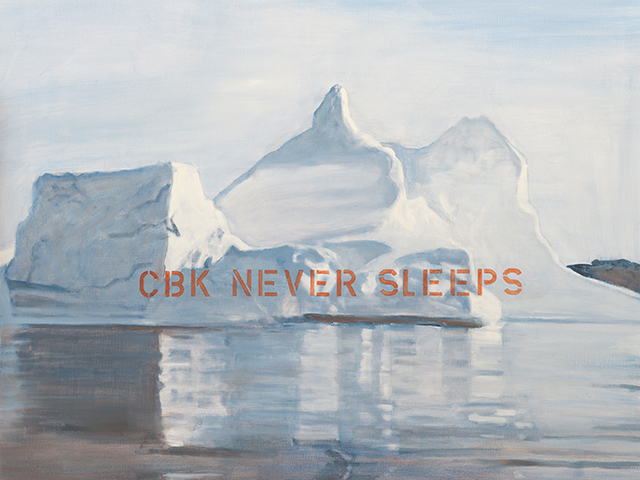 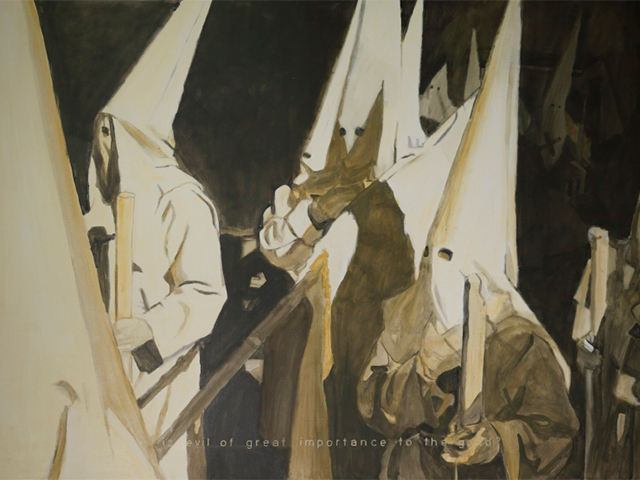