Jan Kempenaers takes pictures of urban landscapes. Motorways, monorails and canals dart diagonally from the left or right corner of the photo or are nearly perpendicular to the horizon line. The images usually consist of other buildings, the silhouette of a city, a railway, a car park, a port or other aggressive or elegant architectural interventions. Because the pictures are taken from a high vantage point, viewers have impression that they are looking at an architectural model.

Kempenaers' photographs have a striking feature: his preference for a matte, homogenous light, with minimal unfiltered sunlight. "With a grey sky you have an unreal, sparse image," he says, "the landscapes lose their depth. I find that very beautiful."

Jan Kempenaers shoots his photos with a technical camera on a tripod. The prints are based on large negatives, usually printed on 100 x 130 cm. He strives to make the photos very sharp because he likes to be able to see something more in the enlargements than with the naked eye.

Jan Kempenaers (°1968) studied photography at the Royal Academy of Fine Arts in Ghent, Belgium and at the Jan Van Eyck Academy in Maastricht, the Netherlands. Since the early 90s, Jan Kempenaers has been photographing urban and natural landscapes. In 2001 he had individual exhibitions at MUHKA and the Museum of Photography in Antwerp, Belgium. During the same year he was nominated for the Werner Manz Prize. In addition, he was a laureate for the Prize for Visual Arts from the Belgian province Flemish-Brabant, and the Prize for Photography from the province Antwerp. He has worked at the School of Arts in Ghent since 2006. In 2012, Jan Kempenaers earned his PhD in the arts with his thesis In Search of the Picturesque. He is currently working on a new project conerning abstract photography. 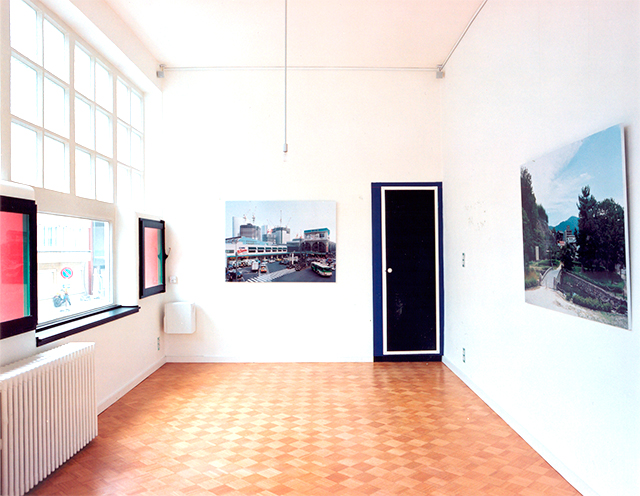