Ever Meulen (Eddy Vermeulen, °1946) began his career as an illustrator for the Belgian magazine Humo. As an heir to the famous Belgian cartoonists, he quickly developed his own highly stylised methods in depicting music, architecture, cars and typography. His work incorporates elements back from the decorative 30s, the optimistic post-war period and the exuberant 50s. His great interest in the mastery of style and form is a continual commitment. His recent work, clearly more tempered, is often with graphic humor, optical effects and a nod to art history.

Meulen’s drawings have been published not only in many European countries, but also in Japan and the United States. He has designed, among other things, posters, book covers and record sleeves. For the American magazine The New Yorker, he has illustrated many covers.

‘GOOD TIMES’ is a comprehensive, retrospective exhibition of Meulen’s original drawings from the 70s to the present. In addition,  a number of objects — paraphernalia that belong in his universe — that have inspired him are on dispay. 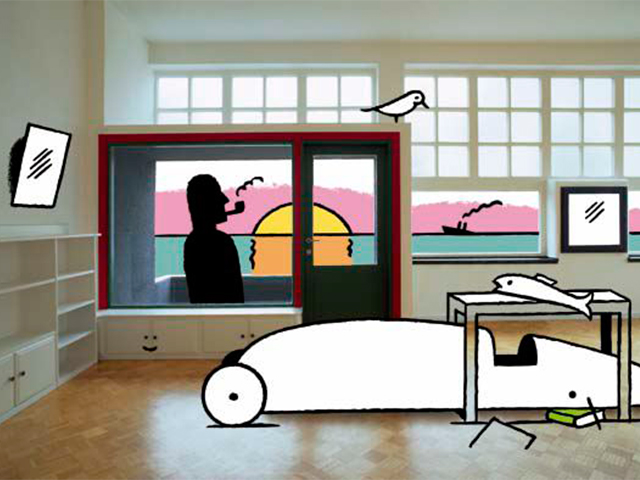