In 1973, André Van Schuylenbergh graduated from the Sint-Lucas Hogeschool in Gent, where he studied in Dan Van Severen’s studio. During the 1980s, he gained a reputation as the ‘enfant terrible’ of the art world. He was quickly taken under the wing of the internationally renowned Galleria Sacchetti in Switzerland, which may explain why he has not achieved greater recognition as an artist in Belgium.

André Van Schuylenbergh is more than a consummate artist – he is also an enthusiastic connoisseur and collector of all things artistic and design-related. As a rare treat, his jaw-dropping collection of ceramics – including works by Picasso, Somville, Sottsass, the Vandeweghe brothers, Lampecco, Portanier and many others - can currently be seen at the ‘Les Collections d’André’ exhibition, together with his unique collection of Pieter De Bruyne furniture. Works by Van Schuylenbergh’s grandfather, uncle and son will be on display at a specially designed, separate exhibition entitled Les Invités d’André.

Van Schuylenbergh became known for the distinct lines that he used to portray the female silhouette, which were based on an advanced stylisation of an unapproachable woman’s head. A predilection for ethnic art and the big masters, such as Picasso, Miró, Salomé, Hockney, Warhol and Basquiat, was a major influence on the development of his oeuvre. His wife serves as his artistic muse, but his creations are nurtured by his love for exotic women in general. The various periods in his work are almost literally exposed, as well as the various media that he uses to satisfy his artistic passion, which can be seen in the paintings, sculptures, ceramics, assemblages and objets trouvés on display. 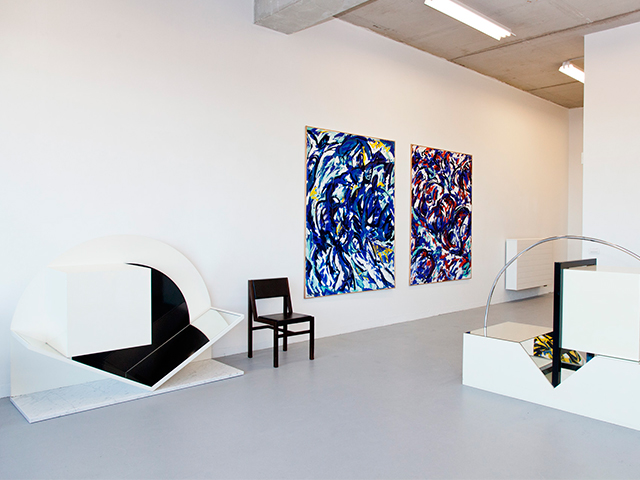