Belgian painter and graphic artist Albert Pepermans (1947) is known for a visual and colorful series of work. Only using ink, paint and paper he managed to create his own style that refers to the Pop art and Dada tradition.

With a no-nonsense attitude and persistent hard labor, over the years Pepermans maintained a constant art production. Most of his work is part of a certain series, defined by technique or theme. They all perform a recurring mixture of concrete figures and abstract settings and shapes. The visual appearance of Pepermans’ work is impulsive, comical and reflects the on-going energy of the artist.

His paintings gradually reached a wider audience. Pepermans’ work was exhibited in galleries and venues from New York to Berlin, Zurich and Paris. A collaboration with Flemish author Hugo Claus in the early 90s resulted in three projects and several exhibitions mixing Pepermans’ paintings and sketches with Claus’ poetry. For the series ‘10 Days with Libération’ (1990) Claus and Pepermans created visual responses to articles that appeared in the newspaper Libération over a period of ten days. Each worked in his own workshop, in France and Belgium respectively, without seeing or hearing each other. The only thing that tied the two artists together were their materials; the same paper, the same format and the same technique. Nothing was agreed regarding the subjects nor their inspiration. Every day the pieces were numbered and made up as a single entity in two sections.

Pepermans regards himself a graphic artist with paint and paper. His work is recognizable but executes a wide variety of techniques, materials and styles. It conveys a clear-cut and appealing message, however, Pepermans’ paintings are striking and will get you excited.They are strong, startling and sometimes funny impressions of an elusive world. 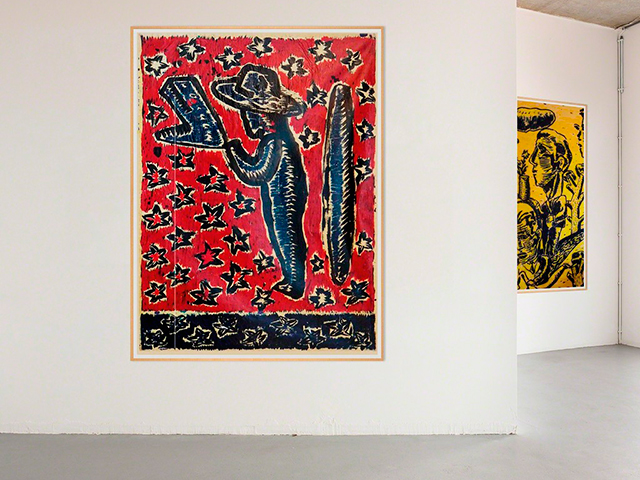 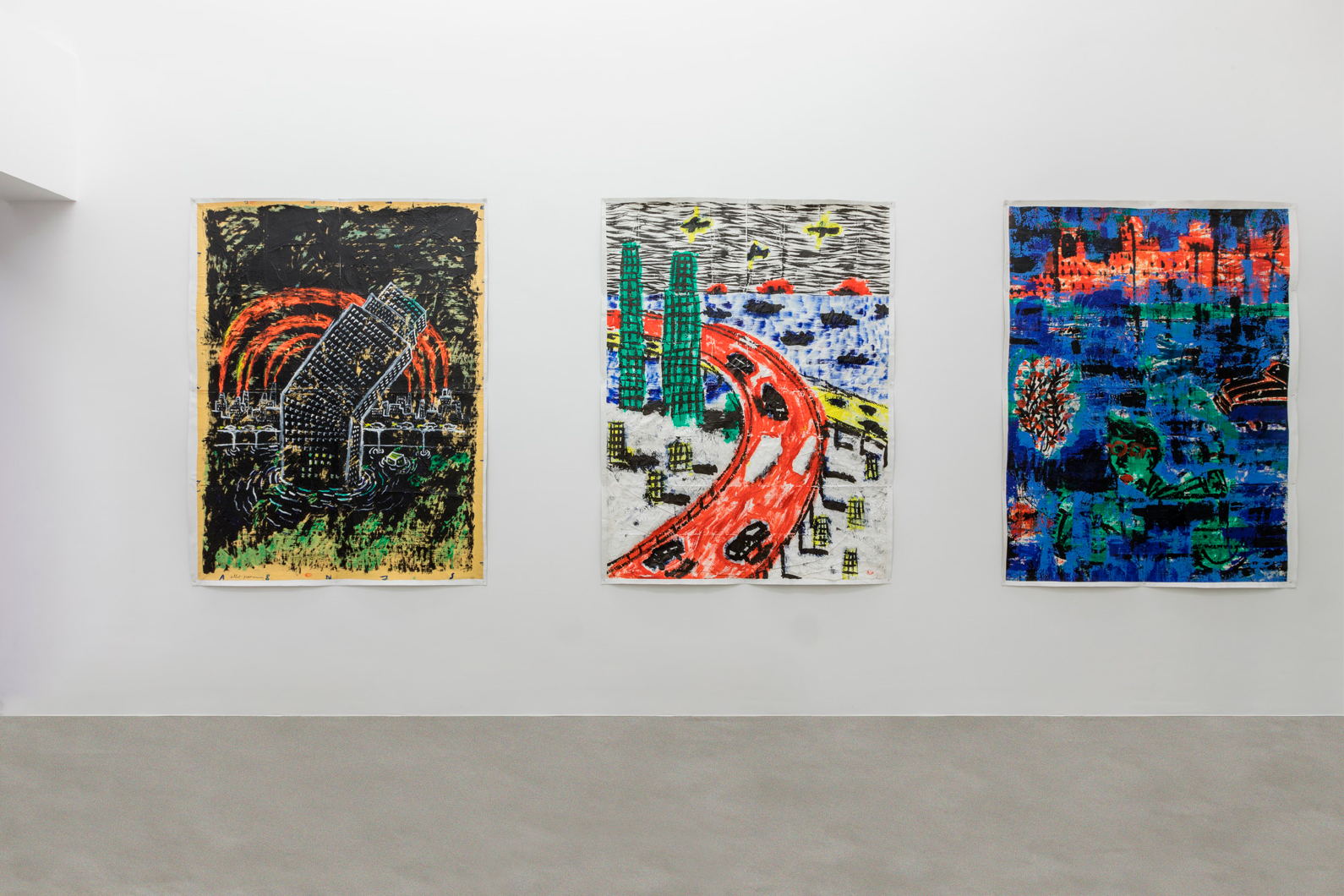 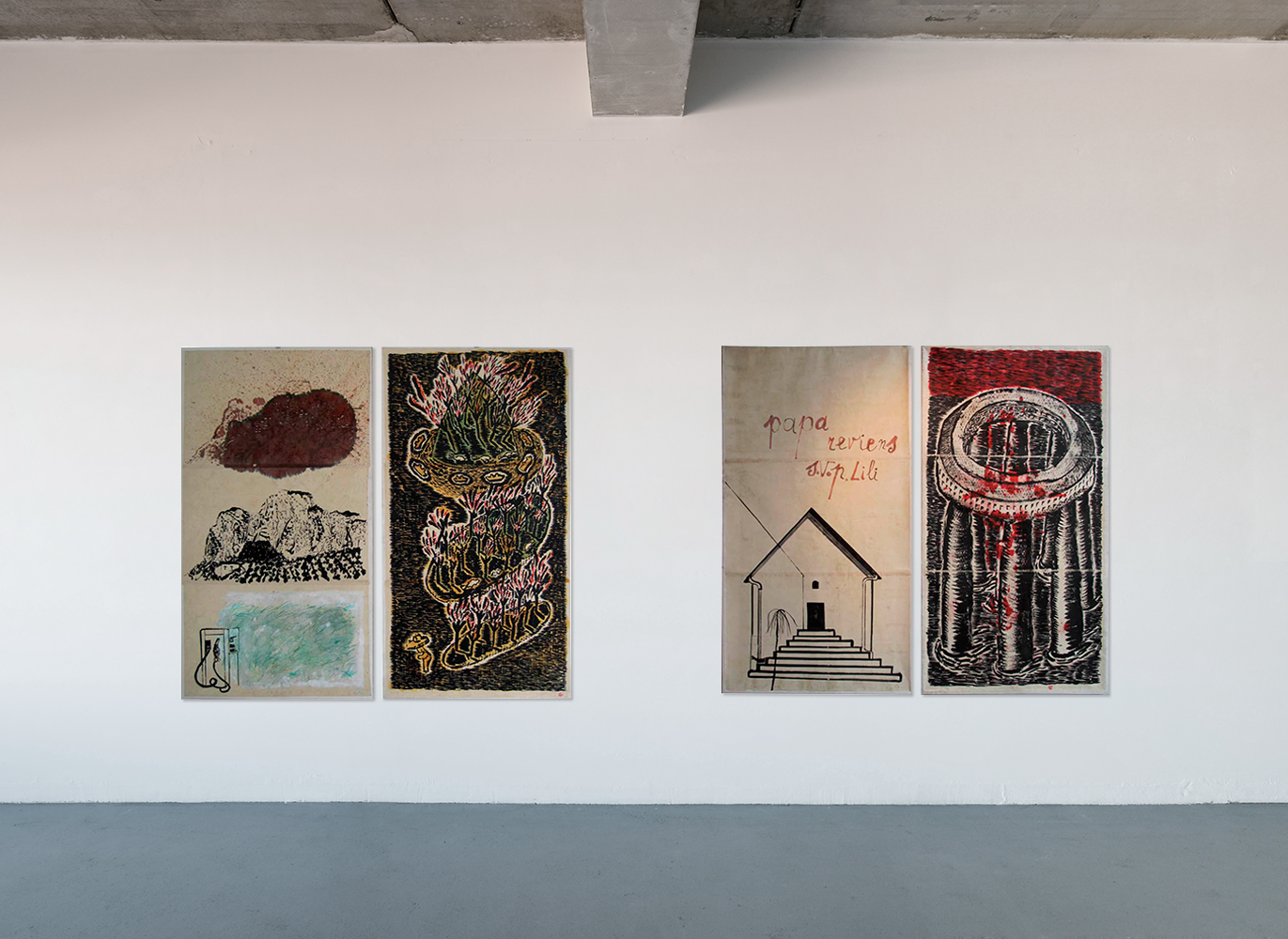